HORSES The Race That Stops A Nation 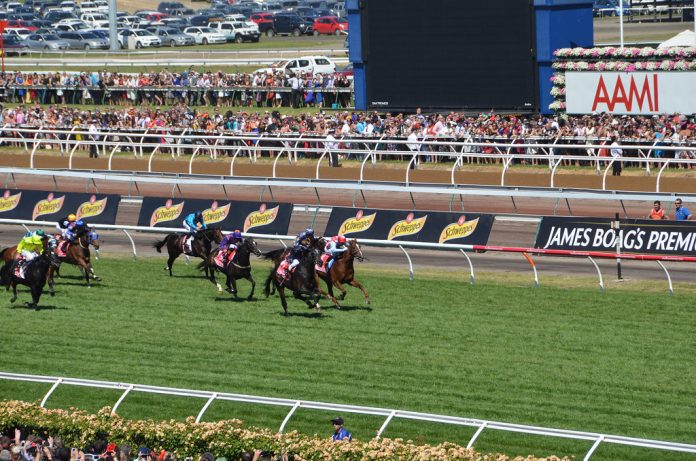 Anyone that follows horse racing at any level will have at least heard of the Melbourne Cup. Melbourne Cup horses have to face the ultimate test of stamina, power, strength, speed and staying power. This is why, from all over the world, people will be waiting in anticipation for the ‘race that stops a nation’. In terms of horse races, it really doesn’t get any better than this – and the countdown to the 2021 Melbourne Cup has already started.

This is, by far, the biggest horse race in the Australian sports calendar and is generally held on the first Tuesday of every November. So, this year, the race is scheduled to take place on Tuesday 2nd November at 3 pm (local time).

The Melbourne Cup was first run back in 1861 and pushes horses to the limit over a distance of 3,200 metres. This makes it tougher than any of the other races in Melbourne’s Spring Racing Carnival. The first two races were won by Archer, who to this day, remains a legend in the history of the race. To win the race once takes a great deal of stamina and strength, to win it twice is extraordinary. However, the rewards for winning are huge. Not only can they expect very generous prize money rewards, but they will be bestowed with exceptional glory and honour.

It is no secret that when the Melbourne Cup is due to be run, half of Australia stops what it’s doing to pay attention. However, now, around half of the horses that run in the race are trained outside of Australia and New Zealand and because of this, it has also caught the attention of racing fans from all across the world, and now this is seen as a truly global sporting event.

Historically, Australia isn’t known for breeding stayers – and because of this, every year the race welcomes more and more international horses. In fact, in recent years, it has been internationally trained and bred horses that have dominated the race.

The Melbourne Cup – A Grand Final

This race attracts the best thoroughbreds in the world, and for those, the Melbourne Cup is deemed to be the world’s richest handicap – and for most horses, it is the Grand Final of their racing season.

As you would expect in any sport, horse racing has changed and evolved throughout the years, particularly in Australia and now the Melbourne Cup is just one of the few remaining two-mile horse races. The other popular two-miler, The Sydney Cup in New South Wales, is the only other Grade 1 two-mile race. However, there are a few other 3200m listed races in the country.

Bringing together some of the best gallopers and stayers from across Australia, New Zealand and the rest of the world, The Melbourne Cup generally lasts around three and a half minutes as they fight it out for the richest handicap prize of the season.

A Test of Stamina and Strength

This has now become known in Australia as the ultimate test of stamina, strength and staying power. As such it has created some incredible performances in the past, most notably Kingston Rule, a horse trained by Bart Cummings who, in 1990, not only won the race but absolutely obliterated the record, finishing in an astonishing 3.16.30 minutes – a record that has never been broken to this day. Racers in 2021 will not only be looking to win the race, but many will also be looking to break that record this year.

The Melbourne Cup is not just a stand-alone race, it is the headline act of a week’s worth of the highest quality horse racing – and the true climax of the festival. This festival also offers up some other high-quality Grade 1 races including the Victoria Oaks, Darley Sprint Classic and Mackinnon Stakes.

So, for horse racing fans this is really a week well worth waiting for. Some of the most high-quality races from some of the best horses from all over the world.

This is the question on everybody’s lips due to the worldwide health pandemic recently and the events of 2019. It is unlikely that the Melbourne Cup this year will be exactly as it has been in previous years.

Indeed, there are a few changes that will be made. For a start, there will be fewer international horses that will be invited to come over and race in the festival this year. However, having said that, the Melbourne Cup itself is still expected to retain its current capacity.

Moreover, there will be quarantine facilities in place for international horses, which will be at Werribee. In total, there will be a maximum of 24 international horses based at Werribee during the festival and they can only race in one other race start in Australia before the Melbourne Cup. Stringent measures have been put into place to ensure the safety of all racers and horses.

Although this is a tricky time to undertake international sporting events, it is clear that the race must go on. They are pulling out all the stops to offer racers and racing fans the best possible Melbourne Cup experience, whilst making it as safe as possible for everyone involved – including the horses. This may be a horse race that stops a nation, but it’s also a horse race that the nation won’t stop!