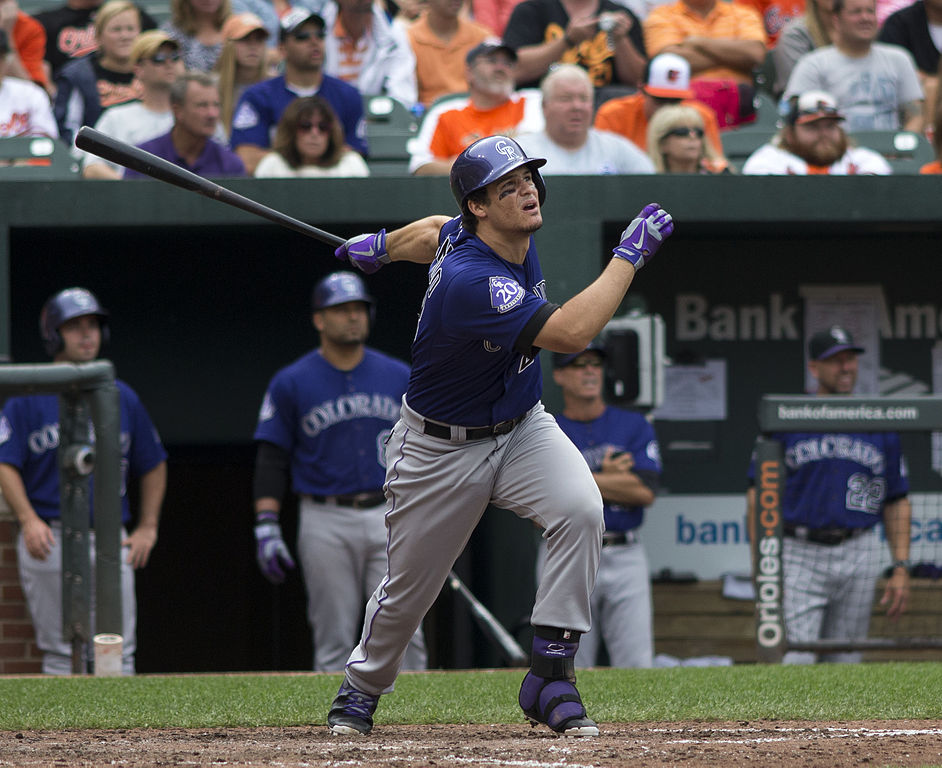 The Colorado Rockies are coming off a rough homestand, but will hit the road now where they are above .500 and open a four-game series in the Nation’s Capital to take on the Washington Nationals Thursday night. The Rockies offense could be a little thin this weekend as center fielder Charlie Blackmon has missed the last two games with quadriceps tightness, and could potentially be without star third baseman Nolan Arenado later in the series due to his role in Wednesday’s brawl against the San Diego Padres. Arenado charged the mound after a pitch from San Diego’s Luis Perdomo sailed behind his back as five players from the two teams were ejected during the benches-clearing melee. Colorado went on to beat the Padres 6-4 to avoid a three-game sweep at the hands of San Diego. Washington has lost six of its last eight games after falling to the Atlanta Braves 5-3 in 12 innings on Wednesday after winning the first two in that series by a combined 6-1. Nationals star right fielder Bryce Harper was 2-of-10 with no RBIs in the three-game set after hitting six homers and driving in 12 runs over the first nine games. The Nationals went 4-3 against the Rockies last season and scored 11 or more runs in three of their victories.

Chad Bettis has decent numbers after two starts, but he’s having trouble going deep into games. He’s coming off a no-decision against the Braves after defeating the Padres in his first start. Bettis pitched fewer than six innings in each outing and has given up nine hits along with six walks over 10.2 innings. He is 1-0 with a 4.26 ERA in four career appearances (two starts) against the Nationals and has struggled with Trea Turner (3-for-5, one homer).

Gio Gonzalez gets his third start of the young season and allowed one run in each of his first two as he defeated the Cincinnati Reds in his first turn before taking a no-decision against the New York Mets last weekend. Gonzalez has 13 Ks in 11.1 innings thus far and has yet to allow a homer after surrendering a career-worst 21 last season. He is 4-0 with a 3.58 ERA in five career starts against the Rockies and has been trouble for Carlos Gonzalez (2-for-11, five strikeouts) and Arenado (1-for-8).

Washington is not playing well enough right now to lay this big of a number on them. The Rockies have been better away from Coors early on and should be able to get to Gonzalez here tonight. I like this underdog.