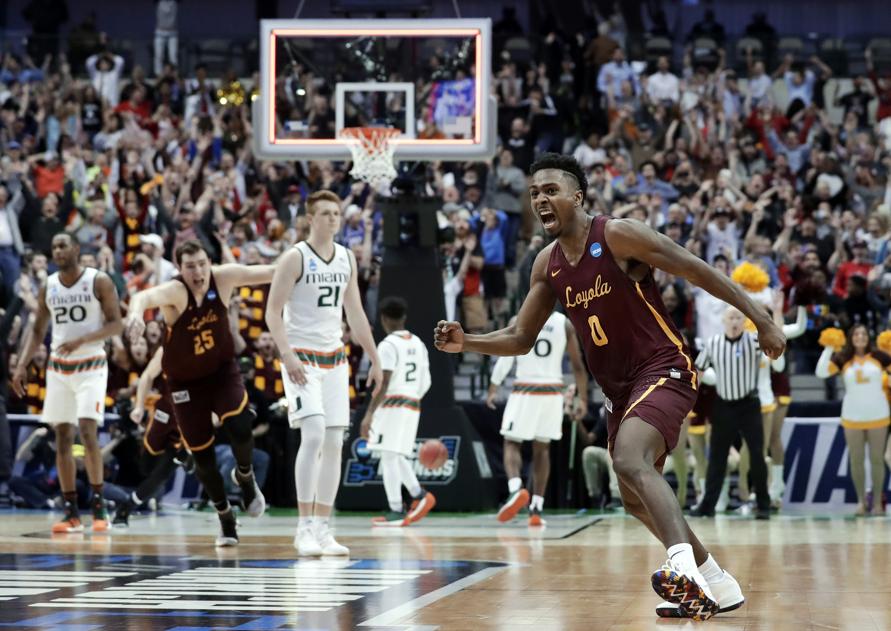 It’s offense versus defense in this unlikely Sweet 16 matchup between the 11th-seeded Loyola Chicago Ramblers and seventh-seeded Nevada Wolfpack from Atlanta, Georgia on Thursday night. The teams are just two of the many that have recorded upsets in this crazy March Madness tournament and the winner will be one victory away from the Final Four. Nevada, out of the Mountain West Conference, needed to large comebacks in the first weekend to survive, overcoming a 14-point, second-half deficit in an 87-83 overtime win over Texas before rallying from a 22-point hole with 11 minutes to go to knock off No. 2 seed Cincinnati in the second-largest comeback in NCAA Tournament history. The Wolfpack have matched the school record for wins and are in the Sweet 16 for just the second time ever. Loyola nearly blew a late lead against No. 3 seed Tennessee on Saturday before Clayton Custer’s jumper bounced around the rim and in for a 63-62 victory. The Ramblers haven’t lost in nearly two months, winning 12 straight games since suffering a 69-67 setback at Bradley on January 31st.

The Ramblers are led by their terrific defense, ranking fifth in the nation in scoring defense (62.2 points) while committing the second-fewest fouls per game. On offense, they have five players averaging double digits in points led by Custer (13.3 points, 4.2 assists), but Aundre Jackson (11.1 points) averaged a team-high 14 points in the first two games of the Tournament. The Ramblers are 21-0 when leading at halftime and 28-1 when scoring at least 60 points.

This should be a terrific matchup, but I feel the pace of play by Nevada will be a little too much for Loyola in the second half. I don’t see the Wolfpack falling behind like they did in the previous two games.