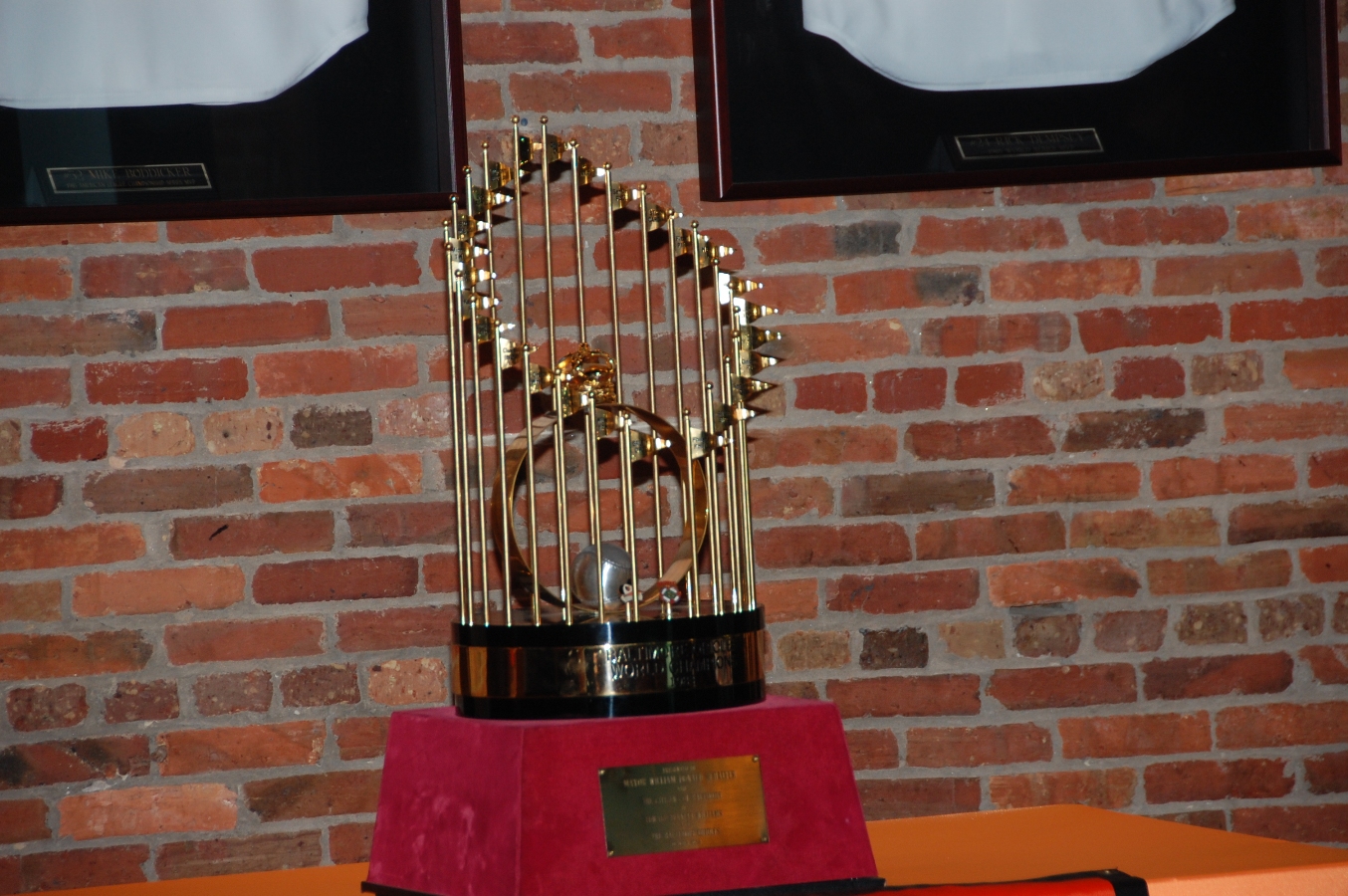 This World Series has been a lot of watch so far with the Houston Astros leading against he L.A. Dodgers 2-1 in game 3.  So far, the Dodgers had a strong start winning game 1 with a final score of 1-3 but losing to the Astros in a heartbreaking loss during game 2 at 7-6 and game 3 at 3-5.

While we eagerly await game 4 to take place tonight at 8:20 PM at the Minute Maid Park in Houston, TX, we thought we would take a break from the usual predictions and stats about what could happen tonight with some fun World Series facts!

The first World Series game took place in 1903 when the Pittsburgh Pirates took on the Boston Americans (Yes, the Boston Red Sox started out with that name).  Boston won, but the next World Series game was cancelled because the New York Giants, who later moved to San Francisco refused to play them saying that Boston, which was part of the American League was not a real league. On a fun note, the Giants self-proclaimed themselves the World Series champions for that year.

Fact #2 – The Curse of the Chicago Cubs

We all know that it took the Chicago Cubs 108 years to win another World Series but did you know that according to baseball superstitions, it was all because of the Curse of the Billy Goat?  In 1945, the owner of the Cubs was Billy Sianis and he had been ordered to leave the Cub’s World Series game because of his pet goat.

The reason was because that goat had such a stench that it was upsetting the other fans.  This mad Mr. Sianis so upset that he said the Cubs wouldn’t win.  The Cubs lost and kept on losing no matter how hard they tried to break the curse. It wasn’t until 2016 that the curse was broken.

Every baseball fan out there knows that it is pretty rare for a team to have a perfect game.  A perfect game is when the pitcher(s) does not let a single player from the opposite team get on a base.  The only perfect game ever to happen in the World Series took place in 1956 when Don Larsen of the New York Yankees threw 97 pitches during the entire game to take out 27 batters from the Brooklyn Dodgers.

The use of electricity first became widespread across the United States around 1890 but it wasn’t until 1971 that the World Series had a night game.  This led to night games becoming so popular that by 1973, all World Series weekday games were played at night!

Game 2 of the 2017 World Series was full of excitement and one of them is because the Dodgers tied a World Series record for the number of pitchers to appear in a single game.  That’s right, the Dodgers sent a total of 9 pitchers which had only been seen before in game 3 of the 2005 World Series by the White Sox.

So we call the U.S. baseball championship the World Series even though only Canadian teams get to participate while the rest of the world doesn’t get a team.  In fact, the Toronto Blue Jays are the only non-U.S. team to win the World Series in 1992 and in 1993.

Now that you are armed with some fun World Series fun facts, you are ready to go to your favorite hole to watch tonight World Series game and impress the barmaid with your hard earned knowledge.  Heck, you can probably impress her even more by telling her you have your own sportsbook by using the best sportsbook pay per head service at only $5 per player!