Golf When Was Golf Invented? 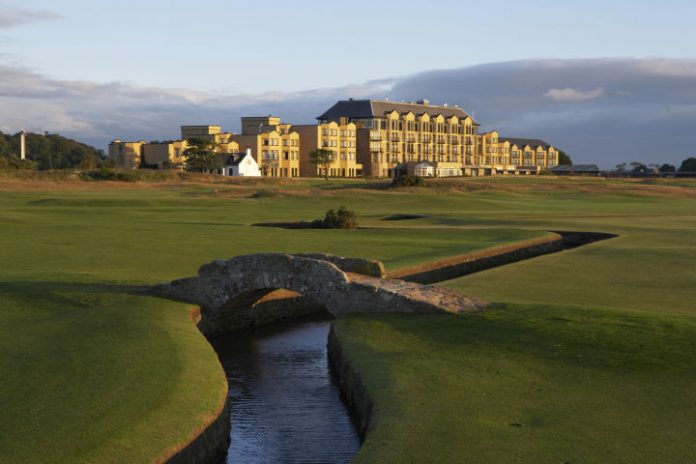 Golf is one of the greatest sports in the world, hands down. Sixty million people across the globe play this great game regularly. And like all great things, we humans can’t help but wonder, “When did it all begin?”

The Origin of Golf

When was golf invented? It seems like an easy enough question, but its simplicity hides many layers, much like the game of golf itself. You could argue the game of golf was invented the first time man hit a rock into a hole, but there’s more to it than that. Come with us on an adventure through time, and decipher for yourself what the true answer is.

How it All Began

The sport of golf that we all know today has undergone many iterations and transformations over the years. It started rather quaintly, with a couple of 15th-century Scots hitting pebbles with sticks. A simple concept, yet an enticing one. So enticing that young Scottish citizens neglected their education and military training for the game!

For this reason, all too shortly after its inception, the Scottish parliament of King James II outlawed the sport in the year 1457. However, as the United States would learn years later in prohibition, you can’t stop people from doing what they love.

King James III would follow in his father’s footsteps and continue the largely ignored ban on golf. As too would his son, King James IV of Scotland, for a time. That is until 1502, when the Treaty of Perpetual Peace, signed between England and Scotland, lifted the ban.

Later that same year, King James IV officially purchased his first golf clubs! He would be the first of many monarchs embracing the game with their countrymen. King Charles I introducing it to England, and Mary Queen of Scots to France. Over the next couple of centuries, the game spread across Europe like the bubonic plague years before.

Finally, golf had the recognition it deserved. All that was left now was to make it official. That would happen in 1744 when the Gentlemen Golfers of Leith created the first golf club in 1744, with annual competitions. Official competitions required the first-ever official rules. Other clubs would follow their lead, and one decade later, in 1754, St Andrews Society of Golfers was founded.

In one more decade, St Andrews would become home to the first 18-hole course in human history. In 1834, King William IV christened St Andrews with the honorary title “Royal & Ancient.” It would go on to become the most renowned golf club in the world.

As the 19th century dawned, the British Empire spread its roots across the globe, bringing golf along for the ride. The Industrial Revolution gave birth to railways, bringing the world closer together and spreading golf’s influence even further. Manufacturers utilized mass-production techniques to produce clubs and balls in massive quantities, making the game more accessible to the lower classes.

On January 1, 1952, the first internationally unified code of rules was drafted by the United States Golf Association (USGA) and The Royal & Ancient Golf Club of St Andrews (R&A). They’ve continued to refine and revise those rules up to the present day! Now you can experience a form of golf without even leaving the house using your mobile device! Enable JavaScript on your Android tablet and try it for yourself!

That’s the story of golf, a game that persisted while the empires around it crumbled. It’s taken on many forms but always kept its heart intact, from sticks and stones to clubs and balls. From a bunch of Scots performing tricks with their friends to a strict set of rules. From a crime to a globally celebrated sport.