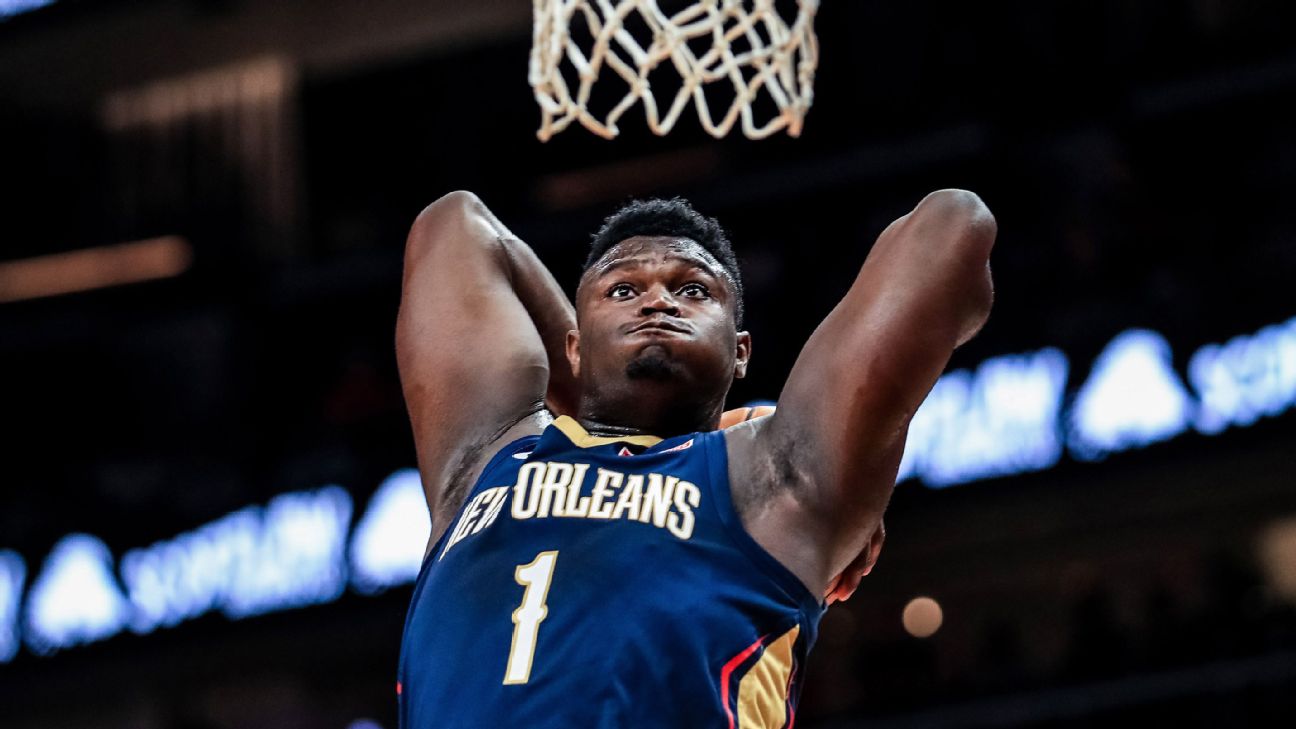 Time is running out for the New Orleans Pelicans, but the team has a big opportunity waiting for them starting Monday night at home against the Golden State Warriors. The Pelicans are on the outside-looking-in when it comes to claiming one of the four play-in spots in the Western Conference playoff race. New Orleans trails Golden State and San Antonio by three games, but will play the Warriors three more times in their remaining eight games. The second one will take place tomorrow night in New Orleans with the third one coming May 14 in Oakland when the Pelicans finish off a five-game road trip. The Pelicans almost tripped-up on Saturday night, but escaped with a 140-136 overtime win at the Minnesota Timberwolves. New Orleans fell behind by 10 points midway through the fourth quarter, but closed with a 16-6 run to force overtime. Zion Williamson scored seven of his 37 points in the extra period. Golden State trailed by six points at halftime to the lowly Houston Rockets on Saturday, but Steph Curry led a 24-0 third quarter run en route to an easy 113-87 victory. The Warriors avoided a three-game losing streak with the victory, but are just 1-3 ATS in their last four overall. The teams split their four meetings during the 2019-20 season and haven’t seen each other in almost 15 months.

Golden State should be feeling pretty good coming into this one, as they have covered the spread 21 times in 38 total games coming off a win this season. They are also 4-3 against the spread in their last seven road games. If Golden State is to win back to back, the team will have to do it still without Kelly Oubre, who’s dealing with injuries in his left wrist. Curry has been on a roll of late and scored 30 points with seven 3-pointers in the win over Houston. He was 2-of-12 in the first half, but had 23 of his 30 points in the third quarter as the Warriors outscored Houston 39-12. Curry has scored 30-plus points in 15 of his last 17 games. Golden State is averaging 112.9 points per game on the season – 14th-best in the league.

Williamson’s 37-point outburst on Saturday at Minnesota came on a very efficient 14-of-17 from the field. On the season, Williamson is putting up 26.8 points on 61.3 percent shooting from the floor. The Pelicans, who are scoring 114.9 points per game – seventh in the league – are also getting great contributions from the likes of Lonzo Ball and Brandon Ingram. Ball had 33 points on Saturday to go along with 11 rebounds and eight assists, while Ingram contributed 14 points. The Pelicans are 4-0 against the spread in their last four games overall.

Ball and Williamson are heating up and so is this Pelicans team. They have covered five of their last six including four in a row and are shooting 49 percent from the floor over their last five games. I also like the way their defense has been playing. They should be able to keep Curry somewhat in check. I’ll take the home team.