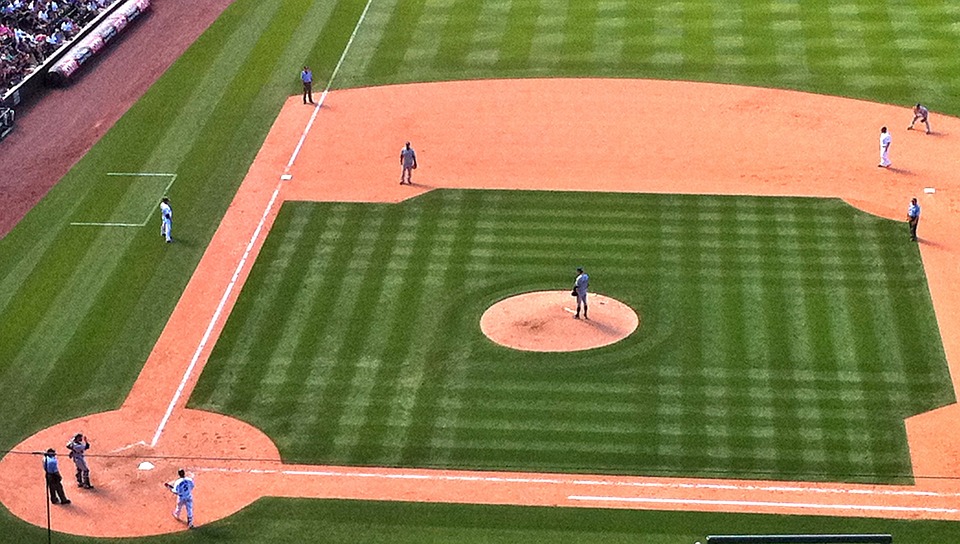 Football is Back!
I know it was only a preseason game, but doesn’t it feel great to watch some NFL action again? Last night’s Hall of Fame Game was pretty dull for the most point, but did have an exciting ending that gave our NFL Free Picks a nice winner to start the season. We will now have an NFL or College Football game every week until the Super Bowl in February. We will update our website with some preseason picks, so bookmark that page above and get ready for the regular season. Check out our NFL QB Depth Chart also to help you get a better read on the rotations this preseason.

Baseball Still Rules the Summer!
The trade deadline has come and gone and some teams improved themselves quite significantly – like the Houston Astros. Zack Greinke now joins Justin Verlander and Gerritt Cole to make Houston the odds-on favorites now to win their second World Series in three years. We still have a lot of baseball left to be played, but I can’t see a matchup in late October other than the Dodgers vs. Astros.

The season is now four months old and Bobby Babowski and Jay Cooper still have winning records with two months to go in the regular season. Bobby’s MLB Free Picks have slumped a bit lately, but he built your bankroll up so much that he still stands at 99-73 +1428 units heading into the weekend. He looks to get on another hot streak starting with a winner in tonight’s Red Sox vs. Yankees contest. Boston limps in after getting swept by the Rays this week, but did have success against New York last weekend. It should be another fun series. Jay Cooper’s MLB Free Picks record stands at 90-80 for the season despite dropping the Reds last night and he looks to bounce back with two winners tonight. The Giants vs. Rockies and Nationals vs. Diamondbacks highlight Friday’s MLB Free Picks and Betting Trends page. After a 5-5 day on Thursday, our season total on ALL picks is 780-783-5 +128 units.

With the Arizona Diamondbacks still within striking distance of a wild card berth, the club dealt away ace Zack Greinke minutes before the trade deadline, but did manage to replace him with two starters that will be inserted immediately into the rotation. Robbie Ray now becomes the ace of the staff and he takes the mound on Friday when the D’backs open a three-game series with the Washington Nationals at Chase Field. Arizona comes home after a 2-4 road trip after splitting two games with the New York Yankees and enter the weekend one game below .500 and 3.5 games behind Washington for the second NL Wild Card spot. The team acquired right-hander Zac Gallen from the Miami Marlins earlier Wednesday before picking up four prospects from the Houston Astros in exchange for Greinke. The Diamondbacks also… read more

CFL Free Picks on 5-1 Run!
We kicked off Week 8 of the CFL season with a pair of winners last night on Saskatchewan and Toronto to give us a nice 5-1 run going into the weekend. That little run has improved our CFL Free Picks season mark to 17-12. There is one game on the board tonight and it’s Ottawa at Montreal.

The Colorado Rockies have fallen off a cliff and buried themselves into the basement of the National League West, but are still only 7.5 games out of a playoff spot. With the calendar turning to August, the Rockies need to pick it up immediately starting this weekend against wild card-contender San Francisco at Coors Field. Colorado was 42-38 after taking two of three from the Giants in late June, but have gone 8-21 since including an ugly four-game sweep at the hands of San Francisco at home just a few weeks ago. The Giants scored 40 runs in that sweep en route to a 19-6 record in July to put themselves in the thick of the wild card chase. Their streak… read more

Free WNBA and Horse Picks
We are coming off a winner last night with our WNBA Free Picks, easily nailing Dallas over Atlanta to bring our record up to 24-25 on the season. We look to make it two straight with our free prediciton in tonight’s Washington vs. Seattle contest.

There are many great races this weekend all around the country and Reggie Garrett has you covered in all the action. The Whitney Stakes takes place this weekend and we’ll have our predictions in that huge race along with our picks from Saratoga over on our Free Horse Picks page.