HORSES Two of the Best from the Flat Season 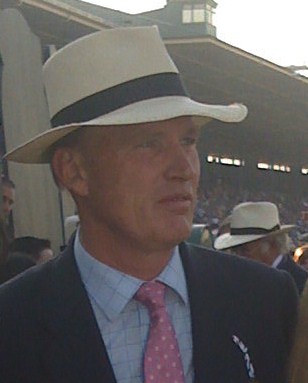 The flat season has provided some fantastic entertainment with a list of memorable performances. Whether it be the stunning victory of Saxon Warrior in the 2000 Guineas or Calyx runner away performance in the Coventry stakes at Royal Ascot. Neither of these horses make the list so who are the two to make the select list?

The first has to be Alpha Centauri as she has quickly established herself as one of the most exciting young horses in training. She had always been highly thought of last season but failed to fire resulting in two disappointing defeats in succession down to the heavy ground. At this point it seemed she had possibly not trained on and we would not get to see the best of her moving forward in to her 3 year old campaign.

Returned to good ground she stayed on powerfully to land the Irish 1000 guineas at the end of May following a lot of support via the Buffalo Wild Wings Sportsbook. This led to her being supported heavily for her next start at Royal Ascot in the Coronation stakes on her preferred good to firm ground. She travelled strongly in behind the front runners and took up the running clearing away to put in the most dominant performance at the Royal meeting. In the process smashing the track record. This would be her first of three races earning an RPR of 124.

Alpha Centauri would then follow up in similarly impressive fashion in the Falmouth and in the Jacques le Marois in France. These performances now set her up as the star filly in training with the Breeders’ Cup now being muted as her next start in which she will take the world of beating.

Despite it being a weak division the John Gosden trainer star stayer must make the list following landing the £1 million stayers bonus. This is awarded for winning the four key stayers contests in the same season, which was being, muted as to hard a test prior to the season. Amazingly this is the first season this was put in place which makes it ever the more impressive from Stradivarius. He started the season as one to watch out for following his one length defeat to Order of St George on British Champions day at Ascot last season.

His first victory was in the Yorkshire Cup in which he put in a dominating performance to win by three lengths and in the process landing the odds of 4/6. He would then contest the Ascot Gold Cup in what was expected to be his toughest test of the season. This was the case but he showed guts and determination to hold on by just under a length from the staying on Vazirabad.

Stradivarius would then contest the Goodwood Cup and was made a 4/5 favourite to win the third leg of the crown. He again showed his battling qualities to defeat the re opposing Torcedor who was carrying a penalty. Under Atzeni he stayed on powerfully to win very cosily in the end, posting a career best RPR of 121.

The final leg of the £1 million bonus would be the Londsdale Cup at York. This looked to be the horse’s easiest test to date and he started at odds of 4/11. Back with Frankie on board he tracked the leaders but never seemed to be travelling with is usual zest. He was slightly outpaced three furlongs out but picked up and was ridden to take up the running a furlong out landing the prize for connections. A fantastic result for all involved with the horse showing great resolve to maintain his form following some tough races.