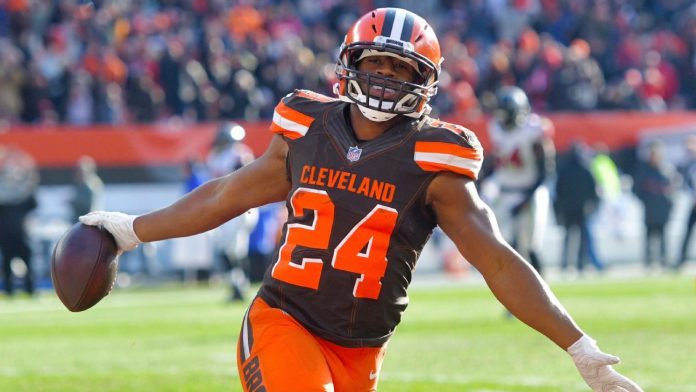 The Pittsburgh Steelers have begun the post-Ben Roethlisberger era with a win and a loss and will now take on the Cleveland Browns on the road this Thursday night. Cleveland fans have to be thrilled that Big Ben retired, as the future Hall of Famer was an amazing 26-3-1 against them in his career. Now the Browns will go up against Mitch Trubisky, at least for the first of two meetings. Trubisky may not be around the next time these teams play in Pittsburgh unless he starts performing better. The Steelers offense stalled last week in a 17-14 home loss to the New England Patriots, while the Browns completely melted down in a stunning 31-30 setback to the New York Jets.

The Browns blew a 13-point lead with 1:55 left to play that left the team and their fans stunned. Cleveland missed the extra point after Nick Chubb’s 12-yard scoring run to still lead by 13 with New York out of timeouts. But the Jets scored on a 66-yard touchdown pass with 1:22 remaining, recovered the onside kick and then scored the winning points with 22 seconds left. If Chubb would have just downed it instead of scoring, the Browns would have ran out the clock. The Steelers swept the Browns last year, winning an ugly 15-10 game in Cleveland. Roethlisberger threw for 266 yards and a TD, and Najee Harris rushed for 91 yards and a score. Baker Mayfield was the Cleveland QB then and threw for 225 yards but no TDs. Pittsburgh is 5-1 against the spread in the past six meetings.

The Steelers played well on defense last week despite missing reigning NFL Defensive Player of the Year TJ Watt, although the team didn’t record a sack. Trubisky was 21-for-33 for 168 yards with a TD and a pick, and fans are already asking for rookie first-round pick Kenny Pickett. Trubisky is averaging just 5.1 yards per completion – which ranks 32nd among 33 qualifying quarterbacks – while passing for 362 yards, two touchdowns and one interception. Receiver Diontae Johnson has caught 13 passes for 112 yards and his longest gain is just 25 yards, as Pittsburgh has scored just one offensive touchdown in the first half. Harris rushed 15 times for just 49 yards, but recorded 279 yards on the ground in the two games against Cleveland last season. He had a career-best 188 yards in January’s 26-14 victory.

The Browns have been the laughing stock of the league for a long time now and last Sunday proved why. The meltdown will go down as one of the most embarrassing moments in Browns history, and there’s been a few of them. Chubb and Amari Cooper stepped up on offense, with Chubb running for three scores and Cooper recording 101 receiving yards and a touchdown. This week, the Browns offense doesn’t have to deal with Watt. Cleveland star defensive end Myles Garrett is dealing with a neck injury and is at 61.5 career sacks, just shy of the franchise record held by Clay Matthews. Browns guard Joel Bitonio (biceps) might miss the game, while defensive end Jadeveon Clowney (ankle) was ruled out Monday.

This is one of my least favorite games on the Week 3 schedule. The Steelers offense is a mess right now with Trubisky, while the defense is missing the best in the league. However, Cleveland is not much better right now and the defense is giving up way too many yards and points. I’ll take Pittsburgh and the points here, but there are many other ways to bet this game over at MyBookie.