The 2016 MLB All-Star Home Run Derby takes place Monday night at PETCO Park in San Diego. PETCO is known as a pitchers park, but it will turn into a launching pad on Monday as the best sluggers in the game will compete to see who is the home run king. Seedings are bases on home run totals as of last Wednesday and Mark Trumbo (+375) has the advantage and goes up against young Corey Seager (+900) of the Dodgers. Trumbo should easily advance to the semifinals in that contest. Next you have a former HR Derby champ in Robinson Cano (+750) against the dangerous Giancarlo Stanton (+325) who I expect to hit some real laser shots all night. Wil Myers (+550) will go up against the Reds’ Adam Duvall (+700) in what could be the most exciting first round match. Myers is the hometown favorite, but Duvall has a lot of power. I’ll give the slight edge to Duvall in this one, but it could go either way. Finally, last year’s champ Todd Frazier (+600) will now compete as an American League participant. He goes up against maybe the biggest sleeper of this contest in Carlos Gonzalez (+750). I’ll take Frazier in this one based on his experience and success in the past.

Trumbo against Stanton could very well decide the champion. Stanton might be struggling at the plate this year with a very high strikeout rate, but this is batting practice and I expect him to beat out Trumbo in an exciting semifinal match. On the other side, I’ll take Frazier over Duvall and Myers, but the right side of the bracket is truly wide-open. Stanton will put on a show in the finals whoever he faces and it will get him going for a big second half of the season in Miami. 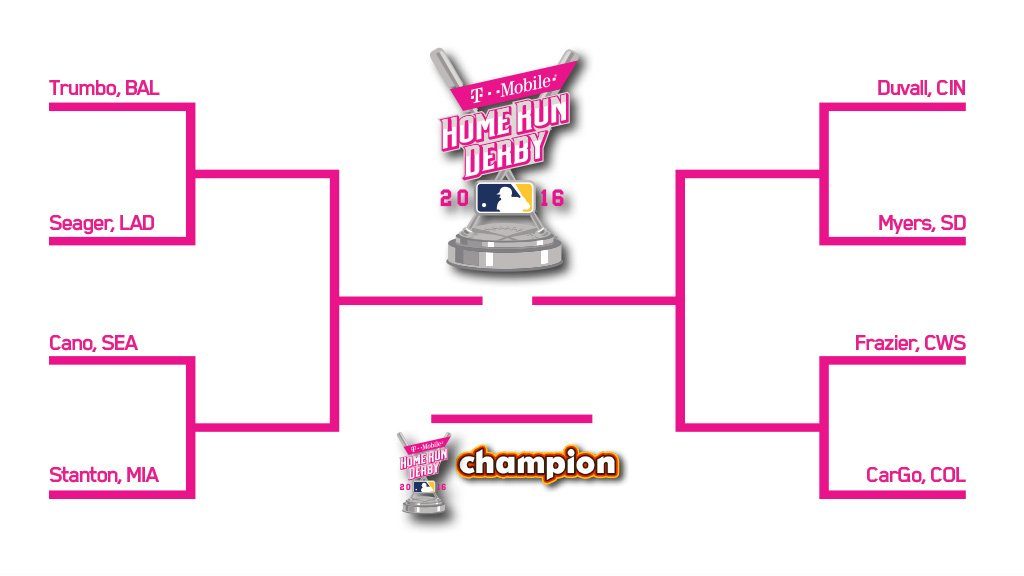