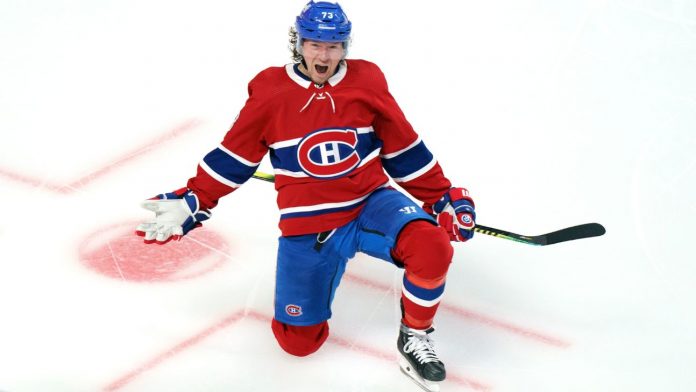 Many NHL fans, including myself, are still underestimating this Montreal Canadiens squad despite being one win away from reaching the Stanley Cup Finals. They can punch their ticket with a home win in Game 6 over the Vegas Golden Knights on Thursday night. Vegas is favored to win this game once again at -140 on the odds board with a total set at 5. On the puckline for Game 6, Montreal is +1.5 -208 and the Knights are -1.5 +180. No team from Canada has reached the Stanley Cup Finals since Vancouver lost in seven games to the Boston Bruins in 2011. Montreal is the last Canadian-based team to win the Cup way back in 1993. The Canadiens gained a 3-2 lead in the best-of-seven series with Tuesday’s 4-1 victory behind goalie Carey Price and a stout defense. They have stymied the Knights’ top players, as only Max Pacioretty has scored from the top seven goal scorers from the regular season. The power play has been horrible for Vegas, but you have to give some credit to Montreal, who have not allowed a power play goal in 12 straight games. That is the longest postseason streak since the NHL began tracking goals by strength in 1933-34.

Vegas had won both games in their brief franchise history in Game 5 of a playoff series that was tied 2-2, but were very listless on Tuesday at home. The goalie carousel could continue in Game 6 after head coach Peter DeBoer benched future Hall of Fame goalie Marc-Andre Fleury in Game 4 for Robin Lehner. That decision paid off as Lehner was terrific in an overtime win in Montreal. Fleury was back in there for Game 5 and had his issues in the second period, allowing two goals on 11 shots. Signs point towards Lehner starting in this game. Top-line center Chandler Stephenson played for the first time since Game 1 due to injury and was a -1 in 19:01 of ice time.

Price is already on his way to the Hall of Fame, but he’s proving that there’s a lot left in the tank. Price was the No. 1 star in Tuesday’s win with 26 saves and is now the +350 second favorite to win the Conn Smythe Trophy behind Tampa’s Nikita Kucherov. Jesperi Kotkaniemi, Eric Staal, Cole Caufield and Nick Suzuki all scored on Tuesday. Suzuki added two assists and was the No. 2 star and now has 13 points this postseason. Caufield is up to eight points and is the first Montreal rookie with at least that many in a postseason since PK Subban in 2010. Teams that own a 3-2 lead in a best-of-7 hold an all-time series record of 330-88, including 6-1 in these playoffs.

I still think this series is going seven games. The Knights are one of the best bounce-back teams in the league after getting humiliated, going 9-1 in their past 10 following a loss of three or more goals. I think Lehner is the right choice in net also. Eventually, Vegas is going to score on the power play, right?