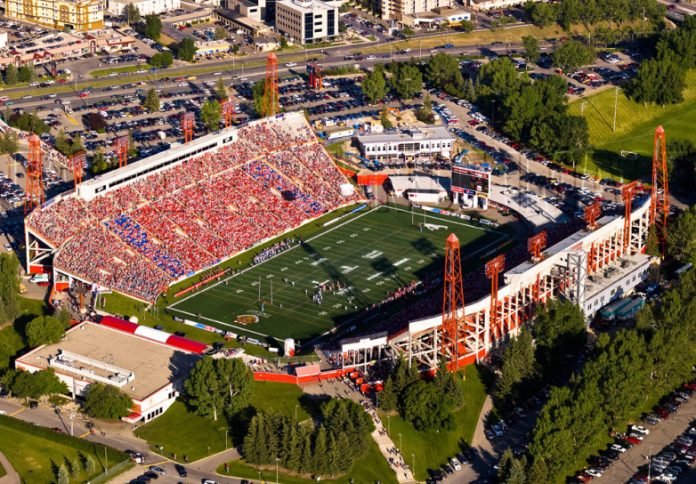 Last month, we saw the Battle of Alberta in the second round of the Stanley Cup Playoffs between the Oilers and Flames. It’s summer time and that means the Edmonton Elks and Calgary Stampeders on the football field. The first of four meetings between the two takes place this Saturday at McMahon Stadium in Calgary as the 2-0 Stampeders host the 0-2 Elks at 7:00 ET. Last week, the Stamps remained undefeated with a 33-30 victory in Hamilton as 3.5-point favorites. It’s been a rough stretch for the Elks dating back to last season and dropped their 11th game in 12 chances last week by losing at home to Saskatchewan 26-16. It was still better than their opening week defeat at the hands of British Columbia, 59-15.

The Stampeders are 8.5-point favorites as of Friday afternoon with a total of 49. Calgary has dominated the longtime rivalry in recent years, winning 10 of the last 13 since the beginning of 2016. However, the Elks have covered six of those, including three of the last five in Calgary. Edmonton won 32-20 as 5.5-point underdogs last Labor Day weekend. The Over has cashed in the past three meetings between these clubs, with the total reaching 50 two times over that stretch.

The Elks continue to struggle offensively, managing just 15.5 points a game thus far. They have recorded just two touchdowns and have failed to score more than 17 points in seven of their last nine. In last week’s loss to the Roughriders, Edmonton managed -2 yards of offense in the first quarter. The offense picked up after that with quarterback Nick Arbuckle going for 315 passing yards, but also threw two interceptions. He leads the CFL with five picks on the season. The Elks’ last victory came on Nov. 16 at Toronto (13-7).

While the Elks have been going backwards since the middle of last season, the Stampeders have now won eight of their last nine regular games overall. The Calgary got to 30 points for the second week in a row in their win over Hamilton and lead the CFL with 31.5 points scored per game. It was the fourth time in five regular season games that Calgary has scored 30 or more. Bo Levi Mitchell helped bring the Stamps back from a 21-point deficit by going 10-of-12 early in the second half. Mitchell is listed as questionable on Saturday with a foot injury.

It doesn’t matter who the quarterback for Calgary is this weekend. Edmonton is really bad. They will have a tough time generating any offense and will probably let the Stampeders score at least 30. I’ll lay the points.