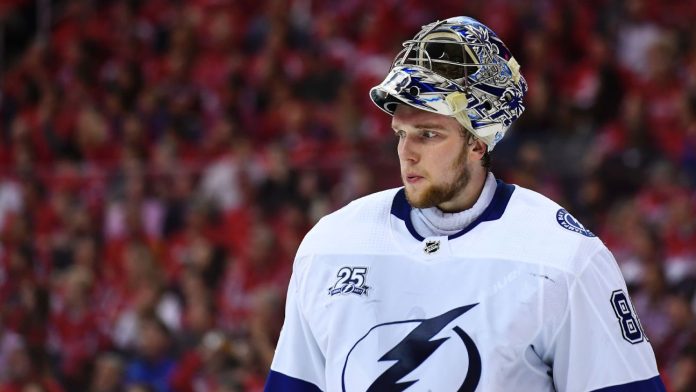 The Tampa Bay Lightning assured us of at least one more hockey game before the summer offseason begins. Can they force a deciding Game 7 against the Colorado Avalanche? The Lightning avoided elimination for the third time this postseason with a thrilling 3-2 win in Friday’s Game 5 on the road. Ondrej Palat scored his 12th career game-winning postseason goal with 6:22 left in the third period. He trails only Joe Pavelski (14) and Evgeni Malkin (13) for the most among active players. Only the 1942 Toronto Maple Leafs have rallied from a 3-1 deficit to win a Stanley Cup Final, and they were actually down 3-0. If one team can do it, the two-time defending champions should be right at the top of that list.

Colorado have closed out each series this postseason on the road and were looking to hoist the Cup at home on Friday as -165 betting favorites, but the Lightning had other plans. The Avalanche will now go on the road for Sunday’s Game 6 at Amalie Arena, but that might not be a bad thing for Colorado. They are 8-1 away from Denver, while averaging 4.56 goals per contest and 44.0 percent power-play efficiency. However, Tampa Bay is a solid 8-2 this postseason at home. The Avalanche are slight -115 favorites in Game 6 with a total set at 6. If the Lightning can avoid elimination one more time, Game 7 will be Tuesday night in Denver.

Cale Makar and Valeri Nichushkin had a goal and an assist each, while Darcy Kuemper turned away 26 shots for the Avalanche. Colorado had a chance to pull the goalie late and mount an attack on Andrei Vasilevskiy, but were called for a too-many-men penalty with 2:43 left, thwarting their comeback hopes. Trailing 2-1, Colorado tied it early in the second period when Makar’s shot bounced into the crease, where Nichushkin tapped it in at 5:07. It was his ninth goal of the postseason. Makar trails only Hockey Hall of Famers Al MacInnis (10, 1989), Brian Leetch (nine, 1994) and Paul Coffey (nine, 1985) for the most goals by an NHL defenseman in a single postseason.

Vasilevskiy made 35 saves, while Jan Rutta and Nikita Kucherov also scored to help keep Tampa’s season alive. Corey Perry and Mikhail Sergachev had two assists each for the Lightning. With the game at 2-2, Palat got a pass from Victor Hedman and took a shot from the slot that went off Kuemper’s stick and through his pads for his 11th goal of the playoffs. The Lightning failed to take advantage of two early power plays but broke through late in the first period on Rutta’s goal at 15:23. Tampa has just two power play goals in their last 17 chances.

I’m sticking with the home team in this matchup. I went with the Avs in Game 5, but Tampa now has a little momentum and they of course have been in this situation before. You still have to give the Lightning the big advantage in net with Vasilevskiy.