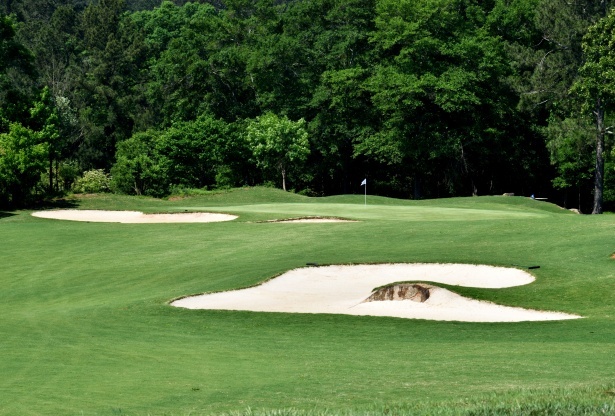 Attentions always seem to turn to the Masters once the New Year draws in with golf lovers around the world preparing for another season of four majors. Even if the first tee shot at Augusta is still only four months away at this time it doesn’t do anything to weaken the clamor surrounding the event and one man in particular.

Tiger Woods’ heroic performance at the 2019 event where he won his career’s fifth Green Jacket was a turn out for the books when you consider that he couldn’t walk only 12 months previously. In a show of defiance, Woods made the comeback of the ages to do what so many thought was impossible and the question now has to be; can the Big Cat go on the prowl once more and take down another major?

Sealing the victory in style.

The winner of the 2019 Hero Shot at Baha Mar, @TigerWoods! pic.twitter.com/T0K9rXbxfu

Referring to lightning striking twice when it comes to Tiger Woods winning another major could be seen as erring on the disrespectful side and one is even in danger of being accused of not having learned the lessons of 2019, and what happens when you write Woods off. Whilst that may all be true, there is still the small matter of Woods going 11 years without another major and only ending the drought with his Masters’ win.

They certainly don’t come as frequently as they used to for Woods and once a golfer passes 40 they seem to dry up like the rains in summer.

With that in mind, winning the Zoco Championship in late October 2019 is however further proof that Woods is back on the winning trail. Incidentally, Woods’ win in Japan took him to 82 career wins on the PGA Tour and tied with Sam Snead for the all-time record.

Rory McIlroy and the elephant in the room

Everything suggests that Rory McIlory will be the man to beat at the majors this season after winning the FedEx Cup at the end of the 2019 PGA Tour season. The Northern Irishman then backed up that performance by finishing on top of the pile at the end of year WGC-HSBC Championship which, it has to be said, was one of the best performances the golfing world has been treated to for some time.

The odds for the Masters in April also suggests that Woods is slightly behind McIlroy at this time. As of the 6th of December, Betway has McIlroy at 11/1 to claim victory and the Green Jacket whereas Woods is at 12/1, so the Big Cat does have his work cut out for him.

Looking back on the rivalry between McIlroy and Woods, it has been a shame that the latter’s body has broken down over the years and stopped us from witnessing the duel of the ages we were all told would come.

Will Tiger stay in the hunt for all of the 2019 majors and beyond?

It’s not just the Masters that Woods will be aiming to win after having secured the Grand Slam almost 20 years ago, it is now all about getting to Jack Nicklaus’ record so, in reality, any of the majors will do. The omens are good as far as the rest go and Woods was even the favorite pick in last season’s US Open golf betting odds which shows there is a general belief that he can do it again.

That may be due to the fact that Woods has a cult following though and having a bet on him is a way of making life a bit more interesting when he plays. After all, no one attracts a crowd as Tiger does.

It’s an incredible privilege to be awarded the Presidential Medal of Freedom. Considering the recipients, history, and what this means to me and my family, it’s also very humbling. Thank you all for your support and I hope this inspires others to never give up on their dreams. pic.twitter.com/33CJIHwQvz

In fact, most bookmakers will be offering some sort of special on Woods over the majors given that he is still the biggest name in golf. These days though the markets that Woods’ features in are no longer gimmicky as he now looks the golfer of old who is finally ready to achieve what many people think is his destiny, by becoming the best golfer to have ever lived.

He ain’t finished just yet, no sir, and will be in contention for all of the majors for the next few years to come. This is a man who has kept himself in peak physical condition and as for his will to win, well, this is Tiger Woods we are talking about, arguably the most driven man on the planet.