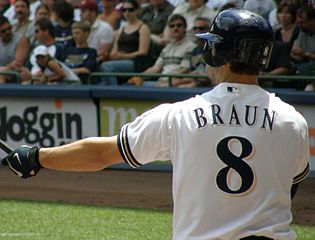 A couple of aspiring playoff teams will continue their three-game weekend series on Saturday when the Tampa Bay Rays host the Milwaukee Brewers at Tropicana Field. Milwaukee, who appeared to be fading out of playoff contention, have found new life by winning four of their last five ball games to get back to within a half-game of the Chicago Cubs in the NL Central standings. Tampa Bay, meanwhile, blew a chance at taking the second Wild Card spot from the Kansas City Royals when they dropped a 2-0 decision to the Brewers in the opener on Friday. Milwaukee’s Orlando Arcia is 6-for-10 over the last three games after recording three hits in Friday’s win. Milwaukee’s pitching staff has turned things around, allowing just eight runs in the last four games. Zach Davies, who is unbeaten on the road this season, gets the start for the Brewers against right-hander Alex Cobb. The loss snapped a three-game winning streak for the Rays, who were 4-4 on their recent road trip. Logan Morrison is heating back up for Tampa Bay after a brutal end to July, going 7-for-17 with a pair of homers and four RBIs in four August contests. The Rays’ Mallex Smith extended his hitting streak to seven games with a couple of hits on Friday and is 8-for-22 over that span.

Davies, who is 6-0 with a 2.80 ERA on the road, suffered a home loss on Sunday against the Chicago Cubs, ending his five-game winning streak. He allowed just three runs on seven hits over seven innings with six strikeouts in that contest. Davies had gone 5-0 in his previous six starts while allowing only 11 earned runs over 39 innings and just two home runs. Wilson Ramos is 3-for-6 versus Davies, who faces Tampa Bay for the first time and is 1-0 with a 2.77 ERA in two career interleague starts.

WIN A TRIP TO SEE MAYWEATHER VS MCGREGOR

Cobb is coming off one of his worst starts of the season after he had posted eight quality starts in nine games. He allowed eight runs in only three innings at Houston on Sunday. Cobb had allowed two or fewer runs in seven of his previous nine starts while winning five of six decisions. The former fourth-round pick allowed one run over eight innings in his only meeting with Milwaukee in 2014 and is 9-3 with a 2.56 ERA in 15 interleague starts.

I like both pitchers in this one and Milwaukee’s offense is hitting close to .200 in their last ten games. The Brewers also having a losing record (12-22) in Game 2 of a series, while having a winning record in all other games. Morrison is heating back up for Tampa and the Rays offense seems to come and go with him this season.