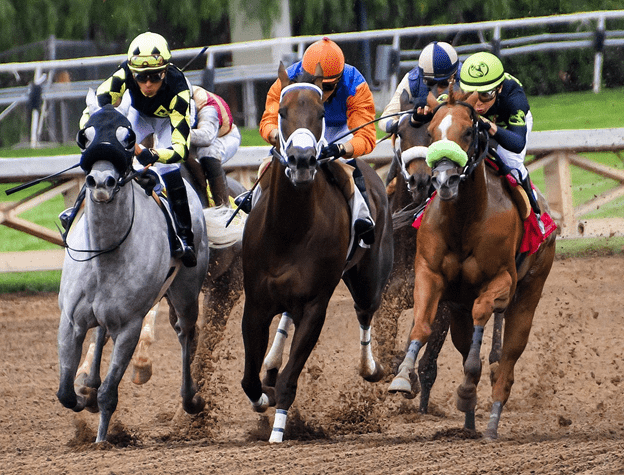 Highlighting a $6-million pot prize, the 2020 Longines Classic is one of the most anticipated Breeders’ Cup fixtures to settle at Keeneland racecourse. On November 6 and 7, 2020, the world’s best three-year-old standouts will have their final call on the one ¼ mile dirt track, which will determine how they stand throughout their horse racing career.

We have seen many well-accomplished racehorses who competed in many prominent horse racing shows in the previous months. Apart from that, the U.S. Triple Crown races had named the horses who won each segment. Today, the Breeders’ Cup Classic will serve as their last stage to determine their fate.

The 2020 Breeders’ Cup Classic, one of the best horse races to watch, will feature eleven of the mightiest colts this November. These horses came with the biggest achievements since birth and were superstars in many trails. Let’s meet the eleven participants.

Trained by Bob Baffert, Improbable is the current Hollywood Gold Cup Stakes, Whitney Stakes, and Awesome Again Stakes titleholder.  Although he missed the Triple Crown Series this year, his achievements are indeed remarkable.

Tom’s D’Etat completed nineteen racing starts since birth. Out of those competitions, he made six titles. Today, he will join the 2020 Breeders’ Cup Classic after accomplishing four wins, which include Hagyard Fayette Stakes,  Clark Stakes, Oaklawn Mile Stakes, and Stephen Foster Stakes.

Maximum Security opted to skip the Triple Crown Series this year but is one of the strongest entries at the Breeders’ Cup. He started impressively this year after earning the Saudi Cup last February. After that, he won recent titles at the San Diego Handicap and Pacific Classic Stakes.

Probably one of the toughest colts today, Tiz The Law will bid for the Longines Classic this November. He was one of the colts that dominated most racing games during the two quarters of this year. This year, some of his titles were the Belmont Stakes, Travers Stakes, Florida Derby, and Holy Bull Stakes.

Authentic is one of the surprising colts to participate in the Breeders’ Cup Classic. After his accomplishment at the Haskell Stakes, he took a two-month rest. During the Kentucky Derby, Authentic showed real speed, which made him earn the title. After that, he competed at the Preakness Stakes and landed in second place.

Last September, By My Standards competed at the Alysheba Stakes and took home the title. This win made him decide to bid for the Longines Classic. Before taking home the said title, this colt was a New Orleans Classic Stakes and Oaklawn Handicap titleholder.

Being the only female horse to participate in the Breeders’ Cup Classic, all eyes will be on the lookout for Swiss Skydiver. She recently closed the Triple Crown Series, earning the Preakness Stakes title. Before joining the said segment, she accomplished notable titles like the Alabama Stakes, Fantasy Stakes, Gulfstream Park Oaks, and Santa Anita Oaks.

Global Campaign recently achieved the Monmouth Cup Stakes and Woodward Handicap title. With this, he joins the roster for the colts racing at the Breeders’ Cup. Some of his notable placements include Jim Dandy Stakes (3rd) and Blame Stakes (6th).

Higher Power might not have earned titles this year, but he competed at many horse racing shows and placed significantly. In the first quarter, he earned placement at the Pegasus World Cup Invitational Stakes (10th). During the second quarter of this year, he was a runner-up to some notable races like Hollywood Gold Cup Stakes (2nd), San Diego Handicap (3rd), and Pacific Classic Stakes (4th).

Tacitus, the son of Tapit, will surely not miss the 2020 Breeders’ Cup. He made fourteen racing starts since birth, and three of them were titles. Last year, he won the Tampa Bay Derby and Wood Memorial Stakes. This year, he participated in some prominent trails, which include Saudi Cup (5th), Oaklawn Handicap (4th), Suburban Stakes (1st), Woodward Handicap (2nd), and Jockey Club Gold Cup Stakes (3rd).

With the eleven final entries to the 2020 Breeders’ Cup Classic, there are many things at stake waiting for these horses at Keeneland. These entries are the worlds’ toughest horses, taking their last stint to conclude their three-year-old horse racing career that is indeed worth witnessing. Make sure to get updated with these horses’ odds to find the best entry to bet on as the Longines Classic takes place in the next few days.