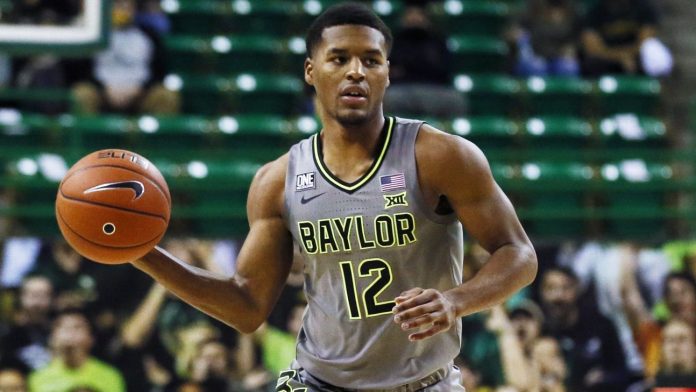 The Big 12 Conference is one of the deepest in the nation and the top teams will square off on Tuesday night, as the No. 2 Baylor Bears visit the fifth-ranked Texas Longhorns in Austin. Not only will this game go a long way in determining who wins the Big 12, but also could factor into NCAA Tournament seeding. Baylor sits atop with a perfect 8-0 conference record, while the Longhorns could pull within 1.5 games if they can pull off the upset on Tuesday. Baylor, who is coming off am 84-72 home win over Auburn on Saturday, still has a tough road ahead of them. The Bears play West Virginia twice, at Oklahoma and at Kansas as well as a few other ‘trap’ games. Texas was supposed to play at Kentucky on Saturday but that game was postponed because of limited player availability within the Wildcats’ program due to COVID-19. The Longhorns have lost two of their last three including an 80-79 setback last Saturday to then-No. 24 Oklahoma. All three of Texas’ home losses have come against rank teams by a combined total of seven points. Baylor has won nine of the last 10 meetings in the series, going 7-3 ATS in that span. The over is 5-3 in the last eight encounters.

This is the deepest into a season Baylor has gone without a defeat. In the 2011-12 season, the Bears started with 17 straight wins. Baylor’s win over Auburn was their 18th consecutive non-conference victory. Baylor’s bench came up big on Saturday, with reserve Adam Flagler scoring a season-high 19 points and second-teamer Matthew Mayer adding 13 points in 15 minutes of action. The Bears also got 16 points from Jared Butler, 15 from MaCio Teague and 11 rebounds from Flo Thamba. Baylor hit 11 threes on 30 attempts to also extend their streak of double-digit 3-pointers made to three games, shooting 46.7 percent in the process. The Bears are third in adjusted offensive efficiency in the nation with 121.3 points per 100 possessions and second in adjusted defensive efficiency with 87.0 points allowed per 100 possessions. Defensively, the Bears are fifth in the nation with 9.7 steals per game.

In Texas’ last game against Oklahoma, Kai Jones led the way with 15 points and 10 rebounds, while Greg Brown III scored 14. Andrew Jones and Matt Coleman III each contributed 13 points each, and Donovan Williams added a season-high 11, but the Longhorns had three three players foul out in the loss. The Longhorns were set to play Kentucky without the services of two starters, Courtney Ramey and Jericho Sims, because of COVID -19 protocols and without coach Shaka Smart, who tested positive on Jan. 24. Those two players, as well as key reserve Brock Cunningham should be back for Tuesday’s contest against Baylor. Texas is averaging 76.4 points per game and gives up 66.2 per contest and have the 19th-best adjusted offensive efficiency (113.9) in the country.

I think Gonzaga and Baylor are the clear two-best teams in the country, but this Texas squad, because of their depth, can hang with anyone. They have lost three home games to ranked opponents by a combined seven points. This is a six-point spread and there’s no reason to think Texas can’t win this game outright. Take the points.