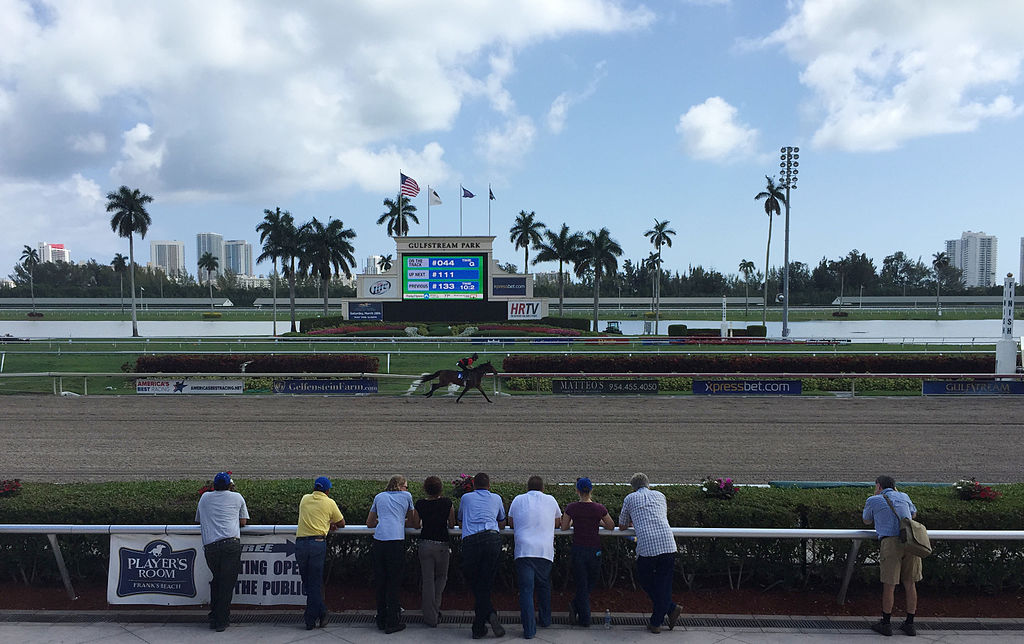 Horse racing is renowned for being this really sacred sport which actually dates back to the days of old. However, this does not impact the grip that horse racing has on society as a whole. The popularity of horse racing has continued to grow over time and this is one of the biggest reasons as to why The Pegasus World Cup has become so popular in the world of horse racing.

What is the Pegasus World Cup? Well, this is one of the most impressive horse racing events out there and this is the sort of event which draws in a huge crowd at pretty substantial costs. This is not an event where you can just turn up in your comfies. You need to be dressed in your finest clothes, your evening wear or your formal occasion wear as this is a particularly prestigious event.

The History Of Pegasus World Cup

So, let’s start with the beginning. Well, at least as far back as we can. Pegasus World Cup has fairly limited historical information available because it is such a new event to the horse racing world. Shareholders contributed to the construction of this event and this occurred in 2017. It is true that the event and also the venue is seen to be in its beginning stages when it is put against other horse racing tracks. However, this has not had any kind of negative effect on the popularity of the event.

Additionally, horses need to qualify before they can race in the event. The reason behind this is so that the large entry fees can be avoided. In the past, there has actually been a fair amount of controversy surrounding the medications that are utilized on active racing horses. One of the main concerns is the way that this impacts each individual horse’s welfare. Due to this, a big sum of the revenue generated by this event is given to welfare institutions which help maintain horse health.

The Venue Of Pegasus World Cup

It is true that the prestigious Pegasus World Cup is named after the mythical Pegasus statue which is situated at the entrance of the park, almost as if it is keeping guard. Or, almost as if it is making sure that the attendees of the event are not horsing around… We had to get at least one horse pun in there didn’t we?!

The horse racing event itself is located in the very heart of the Gulfstream Park which is situated in Hallandale Beach in Florida. It is true that the location of the event itself is a thriving hub of huge payouts. Additionally to this, this event also has betting opportunities within the impressive casino that resides in the venue itself. This is another big factor in why this event has been able to generate such a diverse following.

It is also key to mention that the track is visually very impressive, and this is also what tends to draw a lot of spectators in too. It might be in its early stages but this does not take away from how impressive the venue is.

Pegasus World Cup is one of the highest grossing horse racing events which is currently operating, and it is pretty clear that there are a lot of factors which are contributing to the overall monetary success of the event. The entry fees are really where the overall revenue of the event comes from, and the cost of the event can range from millions to being completely free.

This is not even taking into consideration the vital role which media endorsement and also the vital role that advertising plays. These two elements alone can contribute to the millions towards the overall funds that have been raised. This makes the Pegasus World Cup a very exclusive event, so much so that it is an invite only event.

There are some pretty big names on the guestlist of this event, so sadly not just anyone can attend this horse racing event. The reason why this event thrives off being exclusive is because of the excitement in the atmosphere. There have also been some post-racing performances by some well-known names in the music industry. These sorts of performances are the reason why the media are so keen to cover this event.

As well as media and advertising, there is tvg coverage of pegasus world cup available for you to tune into. So, if you are desperate to go to this event but your invite has got lost in the mail then you can tune into the racing and pretend to soak up the atmosphere from your sofa.

Does Horse Racing Have A Future?

We would say that this is one of the horse racing events to watch out for, and if you are considering placing your bets then you should definitely have your eyes on the prizes that the Pegasus World Cup has to offer.