HORSES What Are the Biggest Horse Races in the US? 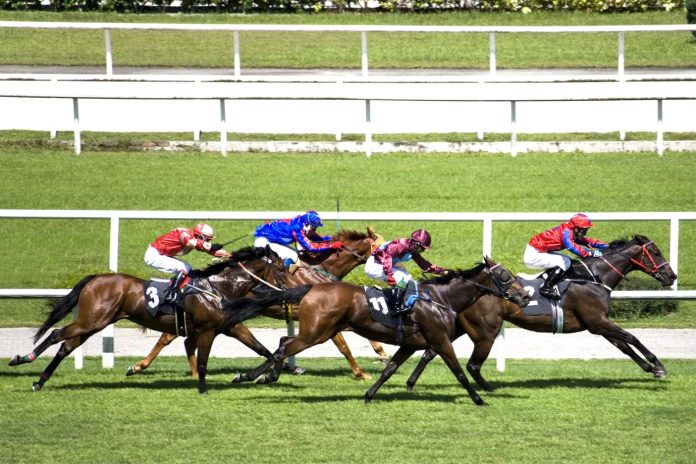 Anyone with even a passing interest in horse racing knows that the Kentucky Derby is the king of them all in the USA.

Run at the iconic Churchill Downs, the Grade One contest sees the entrants sharing a prize fund of a whopping $2m – with the winner taking home the best part of $1.5m of that. Nice work, if you can get it.

The Kentucky Derby is also the most popular event on sites such as Horse Racing Betting, and so its status as the number one race on American soil is assured.

But which other races in the US are considered majors outside of the Kentucky Derby?

When you talk to trainers, owners, jockeys and the like, the race that most say they would love to have on their resumé is a win in the Breeders’ Cup.

The whole meeting attracts some of the best thoroughbreds from around the world in the various disciplines, from sprinting to the one-milers.

It’s the Breeders’ Cup Classic, with its $6m prize pool, that is the standout feature race, and represents the fourth leg of American racing’s Grand Slam…. alongside the Kentucky Derby and the two other races detailed below.

The third leg of the Triple Crown (which features the Kentucky Derby and the Preakness Stakes), the Belmont Stakes is the summer showpiece occasion of US racing.

Held at the famous Belmont Park, the race is nicknamed the ‘test of the champion’ – and with good reason, given the super-fast conditions that tend to prevail in this June renewal.

To offer an insight into the race’s popularity, a staggering 120,139 people crammed into Belmont Park in 2004 to watch the action unfold.

Typically held two weeks after the Kentucky Derby, at this point, the action begins to hot up at the Preakness Stakes.

The winner of the Kentucky will be seeking a shot at immortality, and for everyone else there’s still the chance to contest for the $1.5m purse at the legendary Pimlico Racecourse.

First run in 1873, the Preakness Stakes is one of the oldest and most prestigious races on US soil each year.

There are plenty of other Grade One races to behold in North America, and the Arlington Million is always a popular occasion on the circuit.

It’s technically now known as the Mister D. Stakes, but for race fans, it will always be known as the Arlington Million you suspect – particularly as its former name gives the best clue as to what is on offer here.

In 1981, the race was the first ever in America to award prize money of $1m, and the horse John Henry, ridden by William Shoemaker, took the spoils to clinch his place in the history books.

The Travers Stakes is one of the most prestigious horse races to be held each year in New York, with the Saratoga Springs track taking on hosting duties.

Another Grade One outing for thoroughbreds, the Travers Stakes is one of the premier races on the calendar exclusively for three-year-olds, and it was contested for the first time in 1864 – making it the oldest race designed specifically for that vintage of horses in North America.