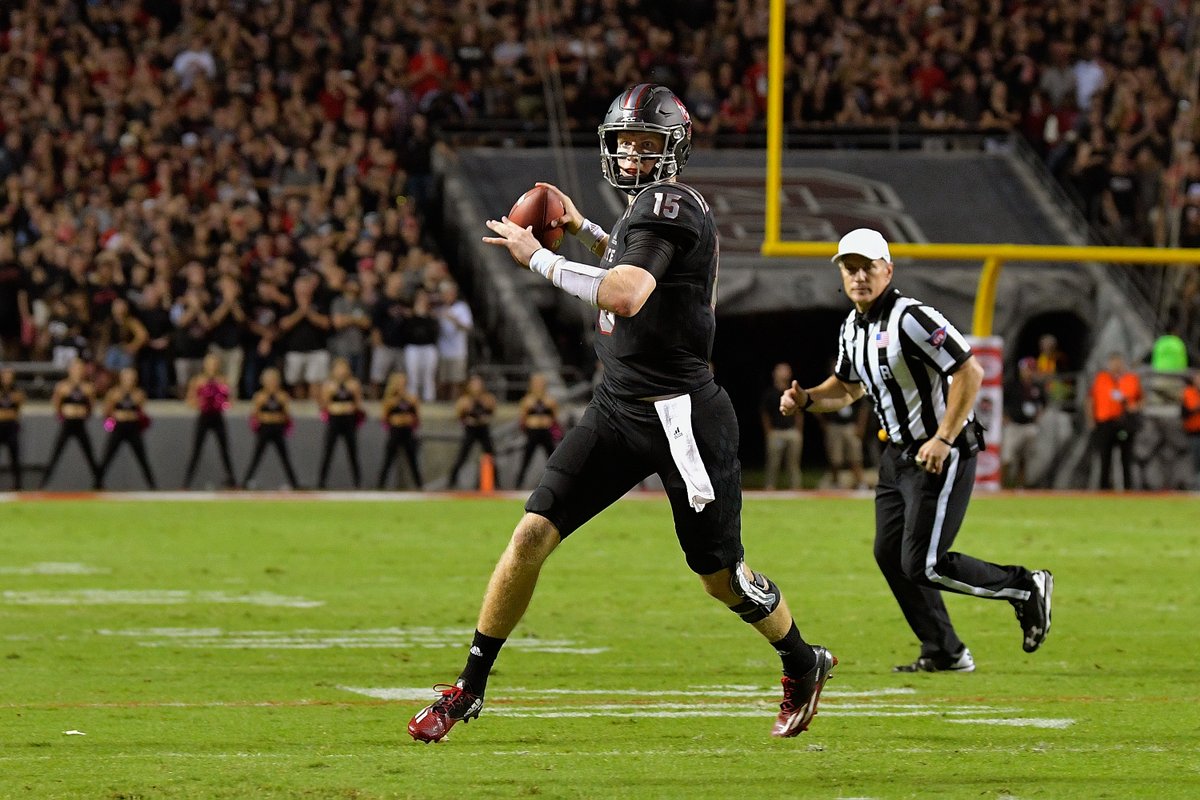 The North Carolina State Wolfpack look to improve their Bowl standing when they host longtime rival the Wake Forest Demon Deacons on Thursday night ACC action. This will be the 112th meeting between the instate rivals and the home team has dominated the last couple of decades. The Wolfpack sit at 6-2 overall, but just 3-2 in the competitive ACC Atlantic Division and can move into a third-place tie with Syracuse with a victory over Wake. NC State bounced back from back-to-back road losses to Clemson and Syracuse with a 47-28 thumping of Florida State last week and sit 14th in the current College Football Playoff standings. Wake Forest (1-4 ACC) sits in front of only winless Louisville in the standings and followed up a victory over the Cardinals with a 41-24 home loss to the Orange. The offense for the Demon Deacons has been just fine, but its the defense that can’t stop anyone. Wake sits 122nd in overall defense and 118th in points allowed at 37.2. They will also start a brand new quarterback on Thursday. The home team is 18-2 in the last 20 meetings and NC State is 5-0 at Carter-Finley Stadium this season.

The Demon Deacons lost starting quarterback Sam Hartman to a season-ending leg injury last week and will go with redshirt sophomore Jamie Newman on Thursday. Hartman led a 29th-ranked offense with multiple touchdown passes in seven of the team’s nine games, meaning Newman has some pressure on him to duplicate that. Newman has thrown 19 career passes (zero touchdowns, two interceptions), but goes up against a very soft Wolfpack pass defense. The 22nd-ranked rushing attack is led by Matt Colburn, who recorded career highs of 243 rushing yards and three TDs in the win over Louisville on October 27th, but was held to 67 yards on 15 carries against Syracuse.

Senior quarterback Ryan Finley leads the 10th-ranked passing attack in the country, but it was freshmen who accounted for 35 of the team’s 47 points in the win over Florida State. Ricky Person (three touchdowns) and Chris Dunn (field goals and five extra points) look to keep the momentum going against Wake. Finley has thrown six touchdowns in the last two games and is two TD passes from matching his career high set in 2016 (18). NC State is 6th in the country at stopping the run (91.6), but 129th against the pass (306.4).

I think this game has blowout written all over it. Finley has caught fire and should have a monster day against a weak Wake Forest defense, while the Deacons will have a tough time moving the ball with an inexperienced quarterback on the road.