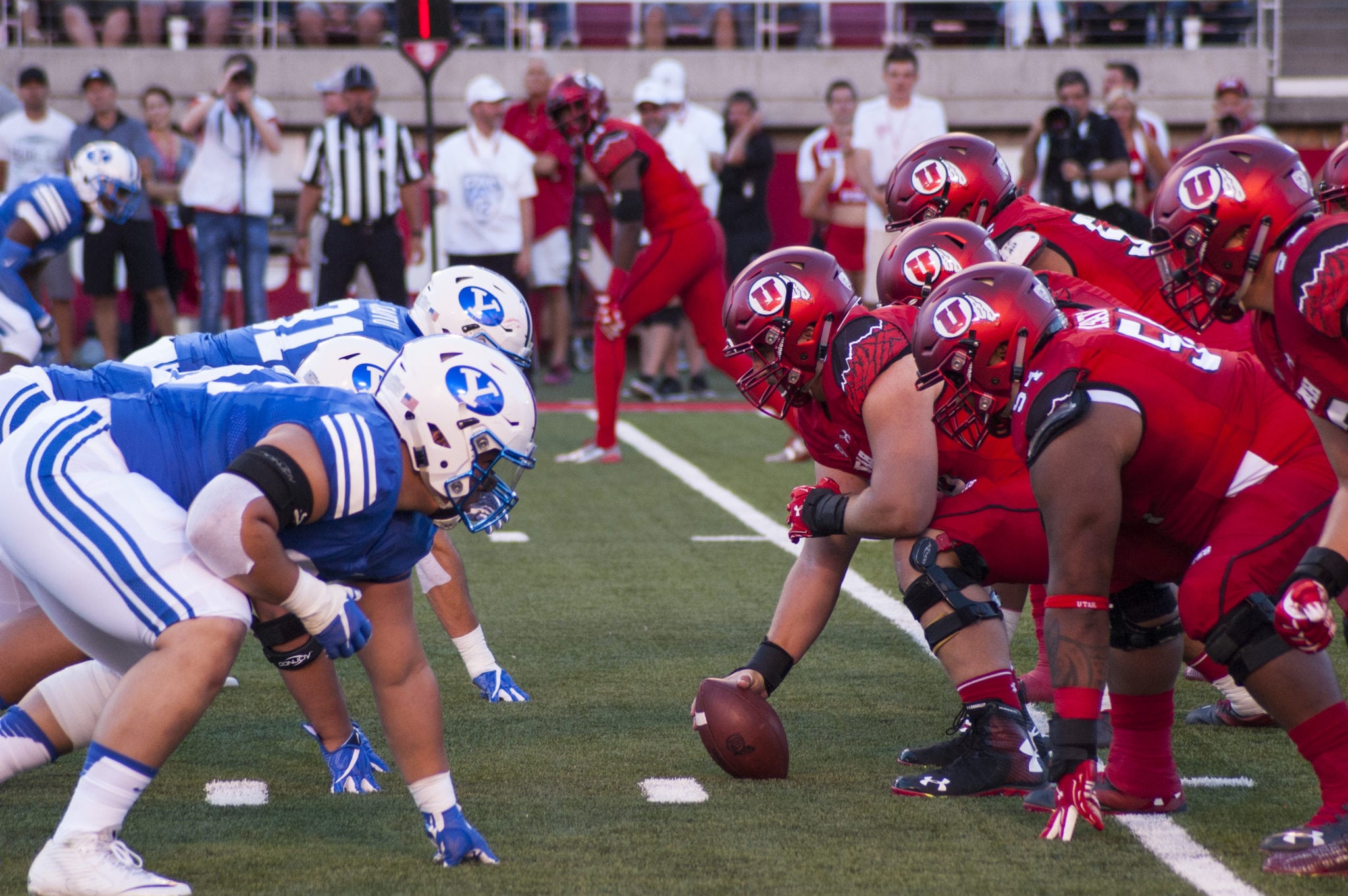 As an independent in College Football, the BYU Cougars need to load-up their schedule to impress Bowl and Playoff selection committees, but they may have overdone it with their 2019 schedule. The Cougars open their 10th consecutive season as an independent against their biggest rival of all-time when they host the Utah Utes on Thursday night in Provo. BYU comes in with high expectations after bouncing back from a dismal 4-9 campaign to go 7-6 in 2018, capped by a 49-18 route of Western Michigan in the Famous Idaho Potato Bowl last December. After what is sure to be a hard-fought emotional game with the Utes, BYU then will face three more Power 5 schools in a row – Tennessee, USC, Washington – before the schedule eases up a bit. Speaking of high expectations, the Utes are not only picked to win the Pac-12 South for the second consecutive season, but edged out both Washington and Oregon in the media’s selections to win the conference championship game as well. Utah edged out Arizona State in the competitive South last season thanks to a strong defense that allowed less than 20 points a contest and will have 14 returning starters (7 OFF, 7 DEF) for a big 2019 run. This will be the first time these rivals will meet on opening weekend and Utah holds a 61-34-4 all-time edge after winning the last three by a combined 15 points. Last year’s game was one of the best in the series after the Utes rallied from a 27-7 late third quarter deficit to post the 35-27 victory.

The Utes posses one of the best defenses in the country, but the offense will have their two big playmakers back and finally healthy to start the season. Senior quarterback Tyler Huntley and fellow senior tailback Zack Moss missed the Pac-12 title game and Holiday Bowl with a broken collarbone and knee injury, respectively. The Utes managed just three points in the conference title game loss to Washington and fell 31-20 in the bowl game to Northwestern. Moss is coming off back-to-back 1,000-yard seasons while Huntley has averaged 265.3 yards of total offense per game over the last two seasons. The defensive line is led by All-Pac 12 preseason selections Bradlee Anae, Leki Fotu and John Penisini while preseason All-Pac 12 first-team selections Julian Blackmon and Jaylon Johnson lead a strong secondary. Utah will open their home schedule against Northern Illinois next Saturday.

BYU heads into 2019 with 17 returning starters for fourth-year head coach Kalani Sitake, who is 20-19 overall and 2-0 in bowl games. The offense returns nine starters and is led by sophomore quarterback Zach Wilson, who started the final seven games last season, including a perfect 18-for-18, 307-yard, four-TD performance in the Potato Bowl victory. Leading rusher Lopini Katoa (423 yards, eight TDs) also returns while the top three pass-catchers from a year ago are back. Junior tight end Matt Bushman and senior wide receiver Aleva Hifo combined for 57 catches and four touchdowns a year ago. The defense returns eight starters with cornerback Chris Wilcox and safeties Dayan Ghanwoloku and Austin Lee leading the way for the experienced bunch. BYU will be at Tennessee next week.

I know Utah has high expectations and if Huntley and Moss stay healthy, could compete for a playoff berth. But, I believe this team plays better as an underdog when nobody is talking about them. BYU has had several down years lately, but this team looks like it could be their best in years. This is always a very competitive rivalry that seems to go down to the wire almost every time, so I will take the home Cougars and the points in this one. I would not be shocked at all to see an outright win.