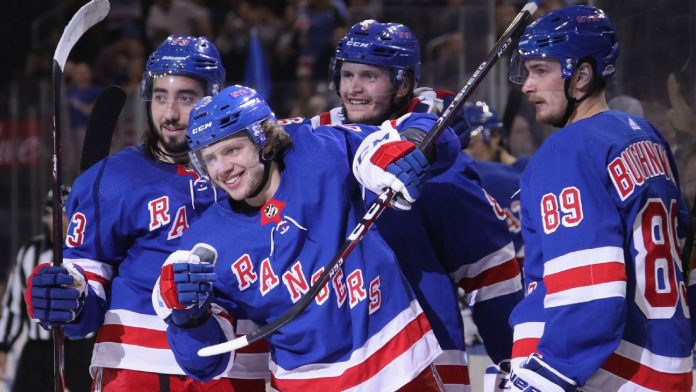 The NHL Playoffs are set, but when and where they will be played is still in doubt. It really doesn’t matter where the New York Rangers and Carolina Hurricanes play, because the series has been one-sided for several years now. That is one of the play-in series when play does eventually resume.

There are 24 teams taking part in the postseason and the Rangers are one of the clubs that would have been left out if the NHL had decided to stick with the top eight in each conference. Carolina was the seventh seed in the East before play stopped and they went 0-4 this year against New York, but are slight favorites in this series. The Rangers have beaten the Hurricanes 31 times in the last 37 meetings and outscored Carolina 17-9 this season.

The Rangers won 9 of 10 games during a hot February stretch and were within just two points of the Hurricanes before COVID-19 shut down the NHL regular season. Mika Zibanejad had a career year with 41 goals and 75 points in only 57 games, while newcomer Artemi Panarin tied for third overall in league scoring with 95 points. Goalie Henrik Lundqvist has owned the ‘Canes in his career, but rookie Igor Shesterkin was 10-2 before he was injured in a car accident. He’s expected to be healthy when play resumes.

The Hurricanes were one of only two NHL teams to vote against the playoff format and you can see why. Not only were they one of the wild card teams already in, but they have to play a team that has dominated them in recent years. Carolina gave up at least three goals in all four of their games against New York this season. RW Sebastian Aho leads the ‘Canes in both goals (38) and points (66) this season.

I will take the underdog Rangers in this series. It seems like they are already in the heads of Carolina players and head coach Rod Brind’Amour. Plus, you can’t ignore the head-to-head trends.