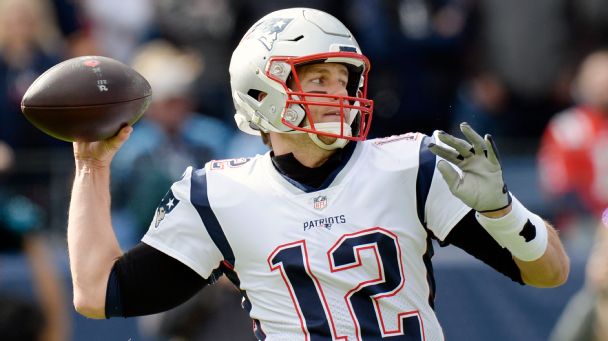 This year’s conference championship games will go down as the best two games in one playoff Sunday ever, and if we can get just half of that excitement in Super Bowl 53, it will be entertaining. The New England Patriots will arrive in Atlanta for their third consecutive trip to the big game and will host the 15-3 Los Angeles Rams, who are making their first Super Bowl appearance since 2002. In that game, the St. Louis Rams were led by Kurt Warner and were heavy favorites over the Bill Belichick/Tom Brady-led Patriots, but New England came away with a 20-17 victory and that began the dynasty. This will be the Patriots ninth trip to the Super Bowl under Belichick/Brady and they have already won five, but fell to the Philadelphia Eagles 41-33 in last year’s edition. New England looked very beatable all season and had some really bad road losses, but kicked it into gear once the playoffs started, throttling the L.A. Chargers, then upsetting the top-seeded Chiefs in Kansas City, 37-31 in overtime. The Patriots won the coin toss in OT and drove right down the field for the TD and victory, just like they did against the Falcons in Super Bowl LI. The Rams had the better record, thus will act as the home team here, but many think they don’t even deserve the trip. L.A. got the benefit of one of the worst no calls in league history on an obvious pass interference in Sunday’s upset of the Saints. If the right call his made, New Orleans almost surely wins with a chip-shot field goal in the final seconds of regulation. Instead, the Rams tied it on a late field goal and won it on Greg Zuerlein’s 57-yard field goal in overtime. I still give the Rams credit for staying in that game in a very tough atmosphere after they were down 13-0 after one quarter. They are now an NFL-best 14-3 on the road over the last two seasons including playoffs. The Patriots won the most recent matchup with the Rams late in the 2016 season with a 26-10 victory at home. That Rams team, though, was terrible and still coached by Jeff Fisher and QB Jared Goff played like a typical rookie.

Tom Brady may be old, but he’s still as productive as ever and posted another solid season in 2018. Brady threw for 4,355 yards with 29 touchdowns and 11 interceptions in the regular season and finally got help in the form of a rushing attack. Rookie Sony Michel, who came up big vs. the Chiefs with 113 yards rushing and two scores, ran for 931 yards during the regular season. He has five rushing TDs in this postseason, the first rookie with that many in a single postseason in league history. New England doesn’t have the strongest defense in the league, finishing 22nd overall including 22nd against the pass this season.

The Rams have quite an offense of their own and are led by the young Jared Goff who is coming off his most productive season to date. Goff threw for 4,688 yards and 32 touchdowns to lead the Rams No. 2 scoring offense to 32.9 points per game. Running back Todd Gurley ran for 17 touchdowns despite missing two games and fellow back C.J. Anderson is enjoying a bit of a renaissance. The well-traveled veteran stepped in for Gurley the last two weeks of the regular season and rumbled for 299 yards and two scores, then chipped in 123 and two touchdowns versus the Cowboys in the Divisional Round. The defense boasts a solid front line that can put pressure on Brady and give the secondary chances to come up with a key interception.

The line for this game took an immediate hit with sharp money on the Patriots after their overtime win over the Chiefs. The Rams are getting no respect here and deserve more respect than they’re getting. The Patriots have Brady and Belichick, but L.A. has the overall better team in my opinion. In the Patriots’ eight Super Bowls under Belichick/Brady, they’ve lost three times, won three games by exactly three points, and the other two by six and four. It’s not like they dominate in the big game. The Rams are more than capable of winning this game, so give me the points in this one.