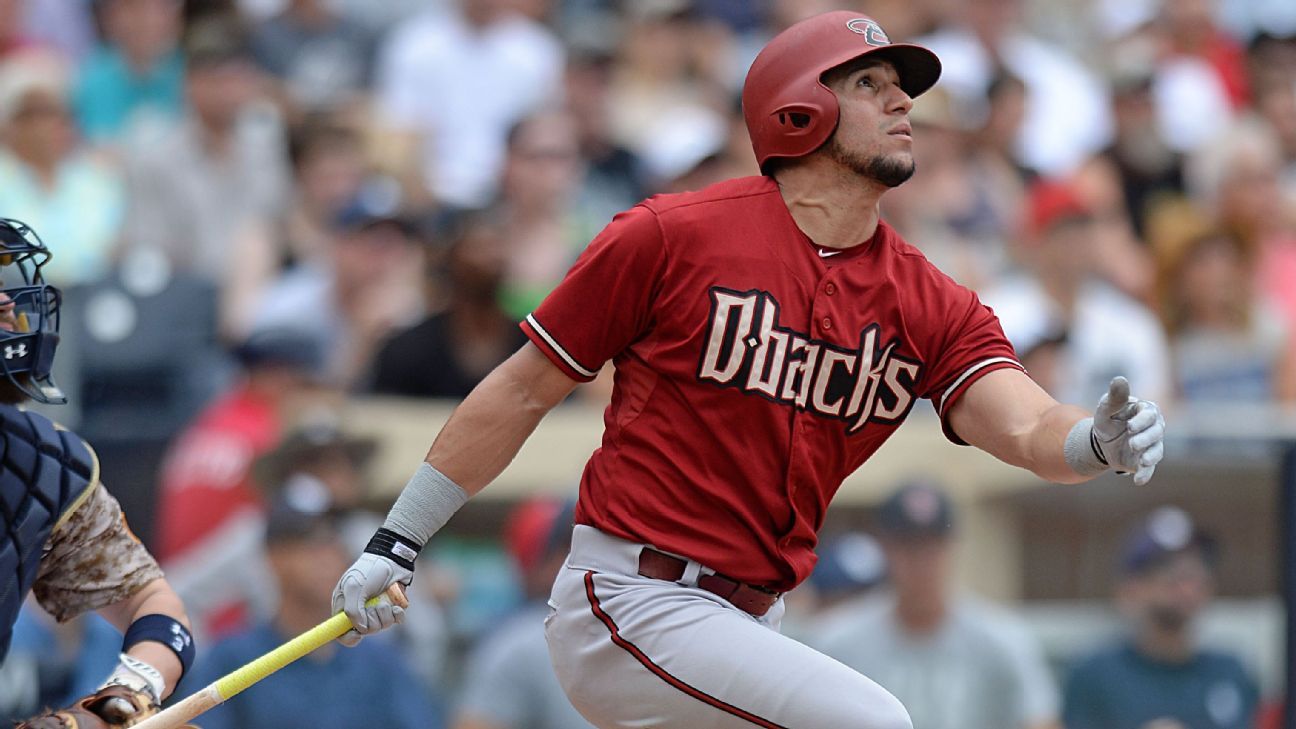 The Arizona Diamondbacks are right back in the National League wild card race after a terrific end to the month of August and will try and keep that going Monday afternoon when they host the San Diego Padres. The Diamondbacks scored one run in losing the first two games of a series at the Milwaukee Brewers on August 23-24, but won the finale and swept the San Francisco Giants in two games. Then they hosted the first place Los Angeles Dodgers and came up just short on a four-game sweep after Sunday’s 4-3 setback in 11 innings. The run has put Arizona back in contention and they’ll begin the week 3.5 games behind the Chicago Cubs in the race for the second wild card spot. Arizona can make up some ground in this final month by playing San Diego (64-72) and Cincinnati (64-73) six times and Miami (48-88) three times. The Padres have little chance at a postseason berth, trailing by nine games, but are coming off a nice weekend in which they took three of four at San Francisco. Third baseman Ty France homered twice in Sunday’s 8-4 win and the Padres will send out rookie Cal Quantrill to oppose veteran Mike Leake. San Diego has won seven of the last eight meetings.

Quantrill didn’t have a fun outing last time out against the might Dodgers, allowing eight run in 4.1 innings of a 9-0 loss on Tuesday. The rookie had a streak of seven straight starts of allowing three earned runs or less, but had all sorts of issues against L.A. Quantrill, who is 2-3 with a 3.75 ERA on the road, will face Arizona for the first time.

Leake is coming off a far different outing, allowing just two runs in 7.1 innings to defeat San Francisco on Tuesday. It was by far the best of his five outings with Arizona since coming over from Seattle at the trade deadline. In eight starts versus San Diego, Leake owns a 3.30 ERA, but hasn’t faced them in over three years.

Arizona is hot right now, but the Padres play well against them, winning seven of the last eight this season. Leake has been awful and I’m not backing him here even after a solid outing last week – it was the Giants after all. Quantrill has been pretty good on the road and will get enough run support to get the victory.