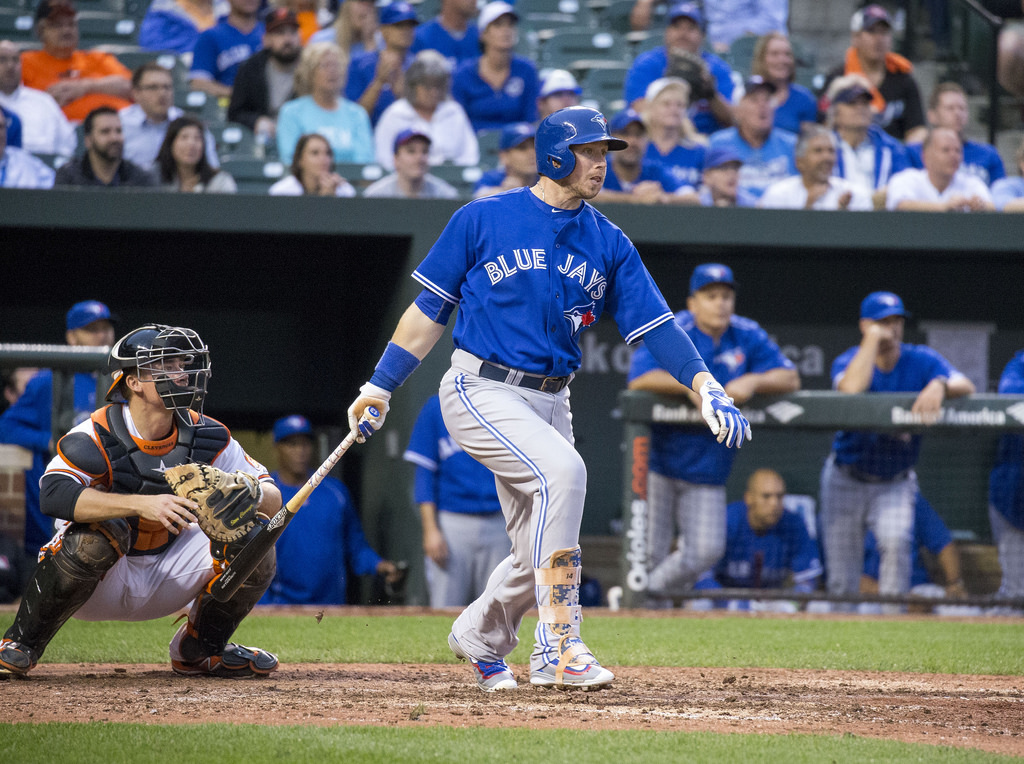 Two AL East rivals, who are at the bottom of the division, square off in the first of three on Tuesday night as the Toronto Blue Jays host the Baltimore Orioles at Rogers Centre. The Blue Jays just ended a 3-4 road trip, but are getting production from the top of the order now, as Jose Bautista has been inserted into the No. 1 spot in the lineup. Bautista is 8-for-21 in five games since being elevated to the leadoff spot with a .480 on-base percentage and .571 slugging percentage. He homered and drove in a season-high four runs in Sunday’s 8-2 rout of Kansas City, but has struggled versus Tuesday starter Kevin Gausman to the tune of 4-for-21 with five strikeouts. Toronto, however, has not struggled against the O’s this season, winning seven of the nine meetings thus far. Toronto first baseman Justin Smoak is batting .371 with a .600 slugging percentage during his 10-game hitting streak. Trey Mancini homered for the second straight day on Sunday as the Orioles captured their first road series victory in over two months with an 8-5 triumph at Tampa Bay. Mancini, who is 10-for-22 on his six-game hitting streak, is 8-for-17 with two homers versus Toronto this season. Second baseman Jonathan Schoop has recorded four multi-hit performances in his last six games for Baltimore, with two homers and seven RBIs in that stretch.

Gausman might have the better of Bautista, but the rest of the league is a different story. He dropped to 0-3 in his last four starts on Wednesday after allowing three runs on six hits in 5.2 innings of a 5-1 loss to Cleveland. He did strike out a season-high nine batters, but surrendered a home run for the fourth straight start and the eighth time in eight outings. Gausman worked his way in and out of trouble in his last meeting with Toronto on May 20th, allowing two runs on 10 hits in six innings of a no-decision.

Joe Biagini broke a four-start losing streak and posted his first win since May 12th despite allowing four runs on seven hits in 5.2 innings against Texas on Wednesday. Biagini could be making his last start as Aaron Sanchez is set to return soon. Biagini has seen plenty of Baltimore this season, allowing three hits over 4.2 scoreless innings in four relief appearances.

I don’t trust either pitcher in this contest and as long as this total stays under 11, I’m taking it. You’ll see below that there are a lot of trends that point to the over in this one. I don’t see either pitcher getting through six innings.