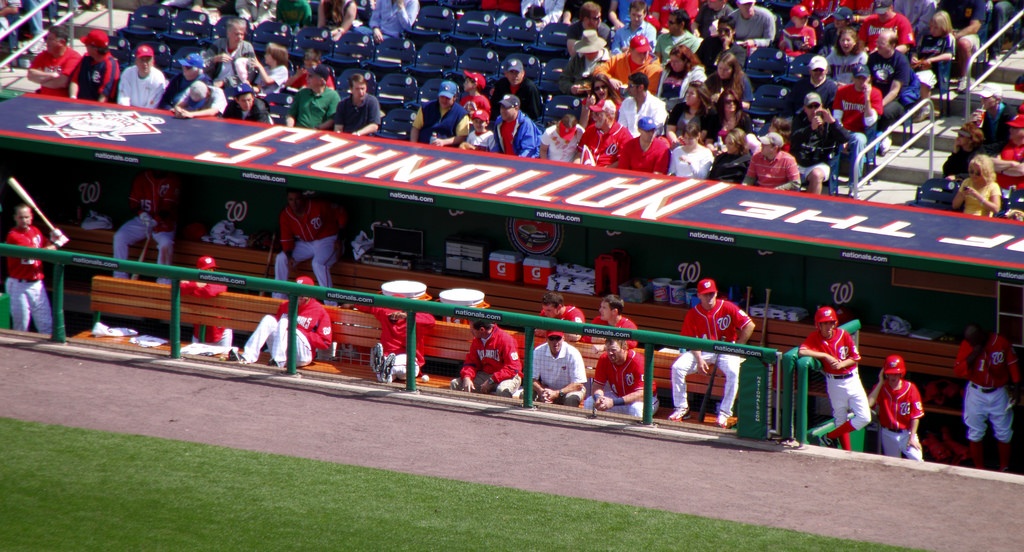 The Chicago Cubs will look to get the bats going again when they play the third game of a four-game set with the Washington Nationals on Wednesday night. One night after Max Scherzer and four relievers combined on a two-hitter, the Cubs face another Washington ace when Stephen Strasburg takes the mound. Chicago’s lineup was full of rookies and reserves in Tuesday’s 6-1 defeat, as shortstop Addison Russell (shoulder) was limited to pinch-hit duties and starters Ben Zobrist and Jason Heyward remain on the disabled list. Washington tied a franchise mark with seven stolen bases while evening the series, with Trea Turner matching his own franchise record with four of them. After being held to two runs in a loss to Cincinnati on Sunday and being shut out for eight innings Monday, Washington scored four runs in the ninth inning of the opener and kept it going on Tuesday. Nats’ second baseman Daniel Murphy is 15-for-43 during an 11-game hitting streak, while the Cubs’ Javier Baez (eight games) and Ian Happ (seven games) each had their career-best hitting streaks snapped Tuesday.. The Cubs have scored one run or fewer 14 times this season after doing so only 19 times all of last season.

John Lackey will make his 16th trip to the mound and has posted quality starts in his last two outings, matching his total from his previous 11 starts. Lackey suffered the loss at Miami on Friday despite allowing two runs (one earned) and three hits over six solid innings. Lackey is 2-0 with a 3.49 ERA in six starts against the Nationals and has limited Bryce Harper to 0-for-9.

Strasburg has been roughed-up lately, failing to record a quality start in his last three outings after a streak of five straight quality starts prior to that. His ERA in the last three starts is a monstrous 7.63 ERA. Strasburg was hit for five runs and eight hits over five innings in a no-decision against Cincinnati on Friday. He is 0-1 with a 1.95 ERA in four starts against the Cubs.

The Cubs lineup may be depleted, but it’s still pretty good. Strasburg has not been very good lately and he’s on pace to surrender the most homers since his 2014 season. I’m not laying $170 on him against the Cubbies.