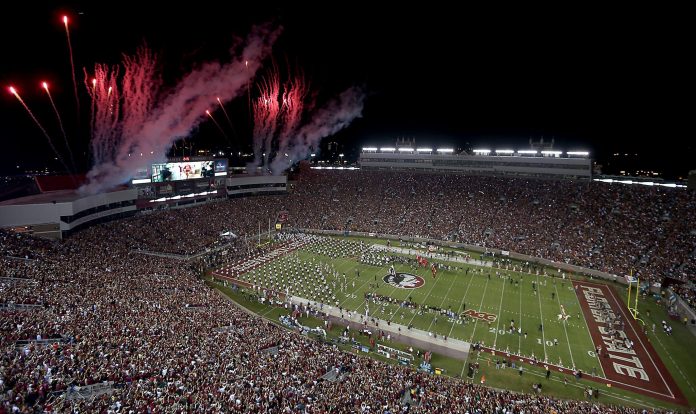 The Florida State Seminoles have had a rough rebuilding process, but things are looking up as they head into the 2021 season. The Seminoles will host the Notre Dame Fighting Irish on Sunday night in head coach Mike Norvell’s second year in charge. The 202 season couldn’t have gone any worse with the Seminoles going 3-6 in a season that featured a 28-day COVID-19 break and just two wins over FBS teams. Norvell is an offensive-minded coach who brought new life into the Memphis program before replacing Willie Taggart two years ago. Last year, four quarterbacks combined for 13 interceptions and just 10 touchdowns. Jordan Travis, who threw for 1,056 yards in eight games and led the team in rushing with 569 yards, is in a competition with transfer McKenzie Milton. Norvell said he would decide on game day who will start under center.

The Irish will have a new quarterback for certain, as Jack Coan takes over the reigns from Ian Book, who won more games as the Notre Dame quarterback (30) than anyone in school history. Coan made 17 starts at Wisconsin from 2018-19, completing 69.6 percent of his passes in 2019 for 2,727 yards with 18 touchdowns and five interceptions. In 2020, Coan suffered a practice injury and lost his job to Graham Mertz. Notre Dame returns just two starters on offense, although one is running back Kyren Williams, who ran for 1,125 yards and 13 touchdowns. The Irish are 7-point favorites with a total set at 55.5. The Seminoles covered as 21-point underdogs in South Bend last season, losing 42-26.

The big issue for Notre Dame early on is protecting the quarterback. The offensive line is breaking in four new starters, including true freshman Blake Fisher at left tackle and Marshall transfer Cain Madden at right guard. Last year, the Irish offense was 27th with 33.4 points per game and 23rd with 448.4 total yards per contest. Tight end Michael Mayer is back and caught 42 balls for 450 yards and two touchdowns as well as Kyren Williams and Chris Tyree in the backfield. The defense should be strong with new defensive coordinator Marcus Freeman. Notre Dame is 4-2 against the spread in its last six games overall.

Milton threw for 8,683 yards and 72 scores in three years at UCF before suffering a bad knee injury in 2018 in a game at South Florida. He hasn’t played since. The Seminoles offense needs a spark after averaging just 23.9 points and converting on just 31.9 percent of their third-down attempts. Jashaun Corbin is the leading running back and he had 401 yards and five TDs a year ago. The defense should more of a focus in this game for Florida State, particularly against the run. The Irish ran for 353 yards in last season’s win over Florida State. The Seminoles will host Jacksonville State next week.

The talent-level gap is too big in this matchup. The Irish lost a lot on offense, but they will have a capable quarterback and a strong defense. The Seminoles should be better this year, but they’re no there yet.