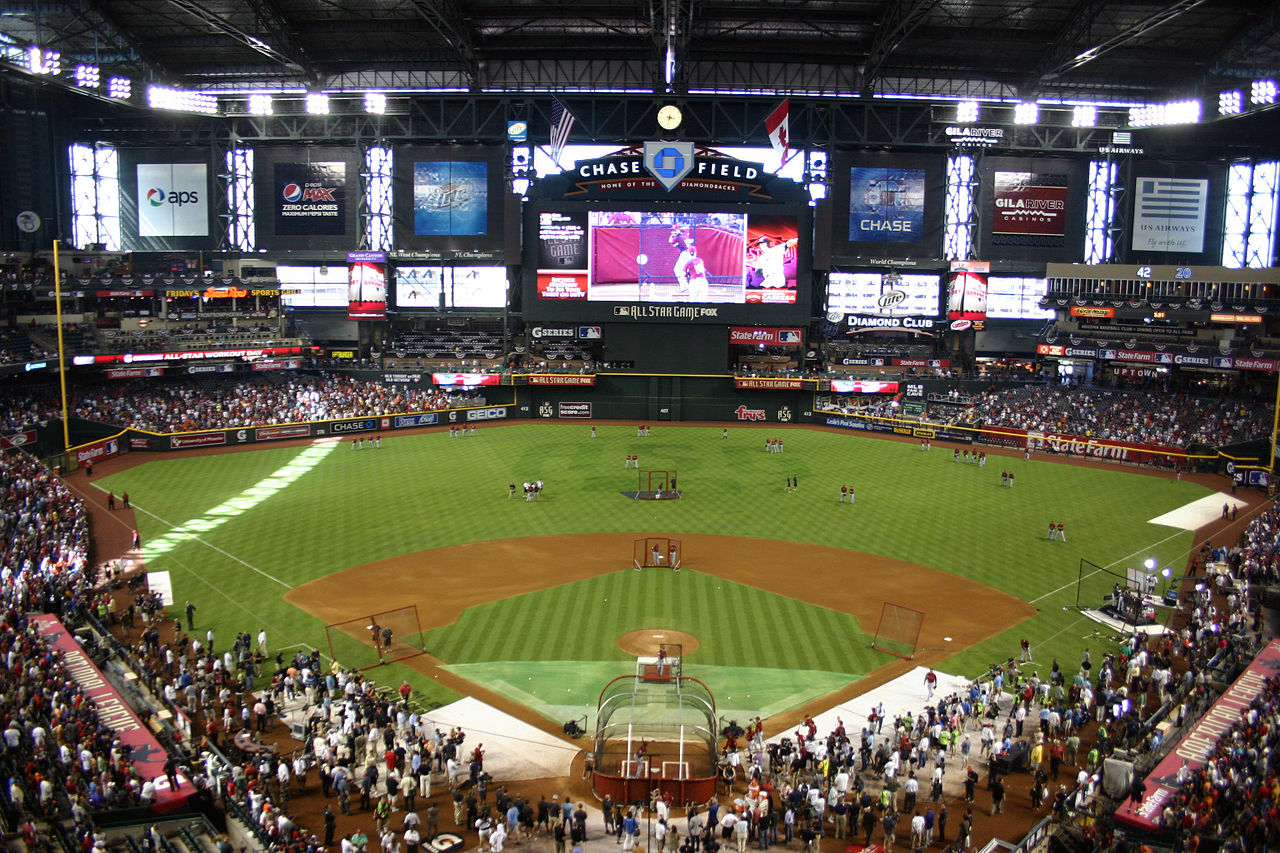 The Washington Nationals will look to punctuate what has already been a successful road trip when they play the rubber-match of a weekend series with the Arizona Diamondbacks on Sunday afternoon at Chase Field. Washington is 6-2 entering the finale of its nine-game trip after splitting a pair of one-run decisions against Arizona. Stephen Strasburg, who is 4-2 with a 3.28 ERA in eight starts against the Diamondbacks, will get the start for Washington opposite Robbie Ray. The Nats’ Bryce Harper, like Strasburg a former No. 1 overall pick, had two hits and two RBIs in Saturday’s 4-3 win to extend his hitting streak to 15 games and raise his batting average to .338. The Nationals found some bullpen help last week in the form of Ryan Madson, and he already has four strikeouts in three scoreless appearances since he was acquired from Oakland. Arizona’s A.J. Pollock is 5-for-9 with five runs scored in the series and has hit safely in five straight. Pollock had two of the D’Backs’ four hits in yesterday’s 4-3 setback as Arizona batters struck out 13 times against Tanner Roark (11) and two relievers (2). Diamondbacks 2B Chris Owings failed to record a hit on Saturday and is hitless in 14 at-bats over the past four games.

Strasburg rebounded from a terrible start heading into the All-Star Break, when he struck out 11 Reds in seven innings of one-run ball. He failed to record a strikeout in a loss to Atlanta on July 8th, lasting only three innings while allowing six runs (three earned). He reached double-digit wins for the fourth straight season in the win over Cincinnati. David Peralta is 4-for-6 with a homer off Strasburg, who is 7-1 in nine road starts this year.

Ray also came out of the All-Star Break with a solid outing, tossing six innings of two-run ball at Cincinnati to establish a career high with his ninth victory. He settled for a no-decision in his previous outing despite one of his best starts of the season at the Los Angeles Dodgers, striking out 13 and giving up one run on five hits in six innings. Ryan Zimmerman is 3-for-5 with an RBI against Ray, who has lost all three starts and logged a 6.48 ERA against Washington.

I want to take Arizona in this one, but the trends say otherwise. Ray has been terrific this season, but he doesn’t have any luck against Washington. Look for Strasburg to reach double-digit strikeouts again today in the Nationals victory.