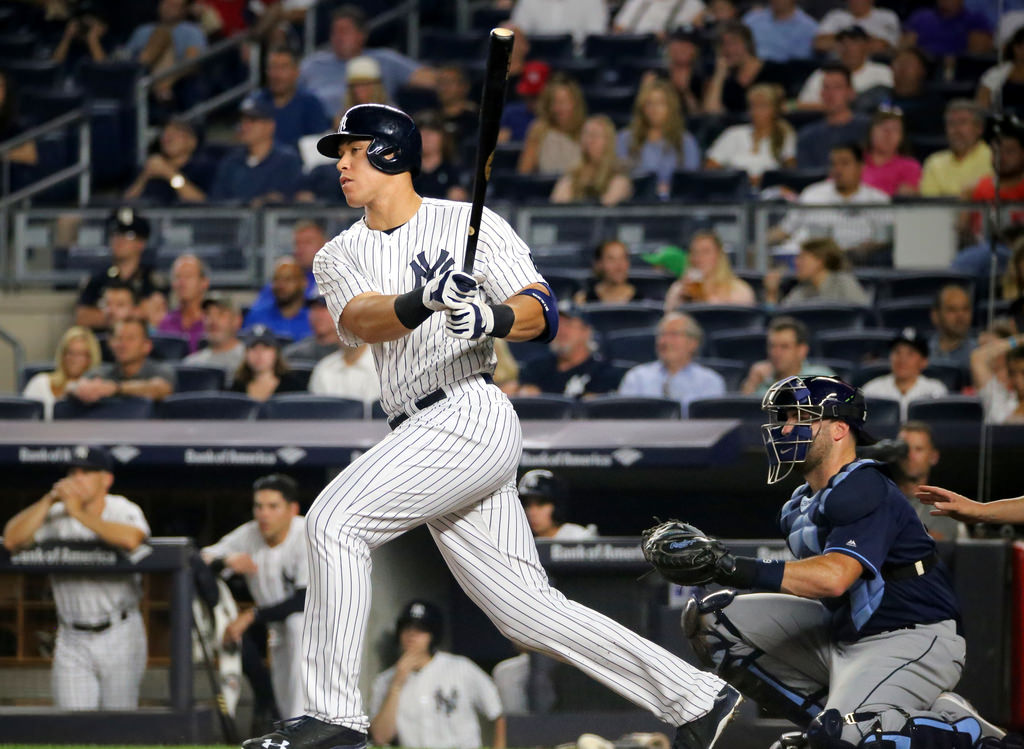 The resurgent New York Yankees open-up a four-game series with division rival the Tampa Bay Rays on Thursday night in the Bronx, looking to keep pace with the Boston Red Sox in the AL East standings. New York enters the series one game behind first-place Boston and is getting contributions from the newly acquired Todd Frazier, who hit his first home run on Wednesday since coming over from the Chicago White Sox. Rookie Clint Frazier, who is settling into the No. 2 spot in the batting order, drove in a pair of runs in Wednesday’s 9-5 win over Cincinnati to give New York it’s fifth victory in six contests overall. The Yankees’ post All-Star Break surge has pushed them in front of the Rays, who dropped five straight before salvaging the homestand by taking the last two from the Baltimore Orioles on Tuesday and Wednesday. Tampa Bay, which sits 2.5 games behind Boston are just a half-game behind Kansas City for the second AL Wild Card spot as well. On the injury front, Rays CF Kevin Kiermaier (hip) and 2B Daniel Robertson (neck) will begin minor league rehab assignments on Thursday while RHP Jake Odorizzi (back) was placed on the 10-day disabled list Wednesday. Yankees SS Didi Gregorius has homered in each of the last three games, while the team’s home run leader, Aaron Judge, rested on Wednesday but is expected to be back in the lineup for Thursday’s opener.

Tampa ace Chris Archer will start the opener and is coming off a tough loss on Saturday against Texas. Archer struck out 11 but hurt himself with a pair of wild pitches and ended up with the loss despite allowing four runs – one earned – and four hits in seven innings. He has allowed three or fewer earned runs in each of his last five starts and is second in the AL with 167 strikeouts. Archer is making his third start of the season against New York and went 1-1 in the first two while surrendering a total of five runs in 13.1 innings.

CC Sabathia has been probably the most consistent pitcher on this staff and has wins in each of his last two starts and allowed a total of one run in 11 innings over that span. The hefty lefty has allowed two or fewer runs in eight of his last nine outings and is 7-1 over that stretch. Sabathia is seeing Tampa Bay for the third time this season as well and failed to complete six innings in either of his first two chances, though he only allowed two runs – one earned – and seven hits in 10 innings.

I admit, I had given up on Sabathia, but the big guy has proved me wrong this year. He’s been very consistent and the Yankees offense is waking up. They’ve seen enough of Archer to have success against him here tonight. Take the home team.