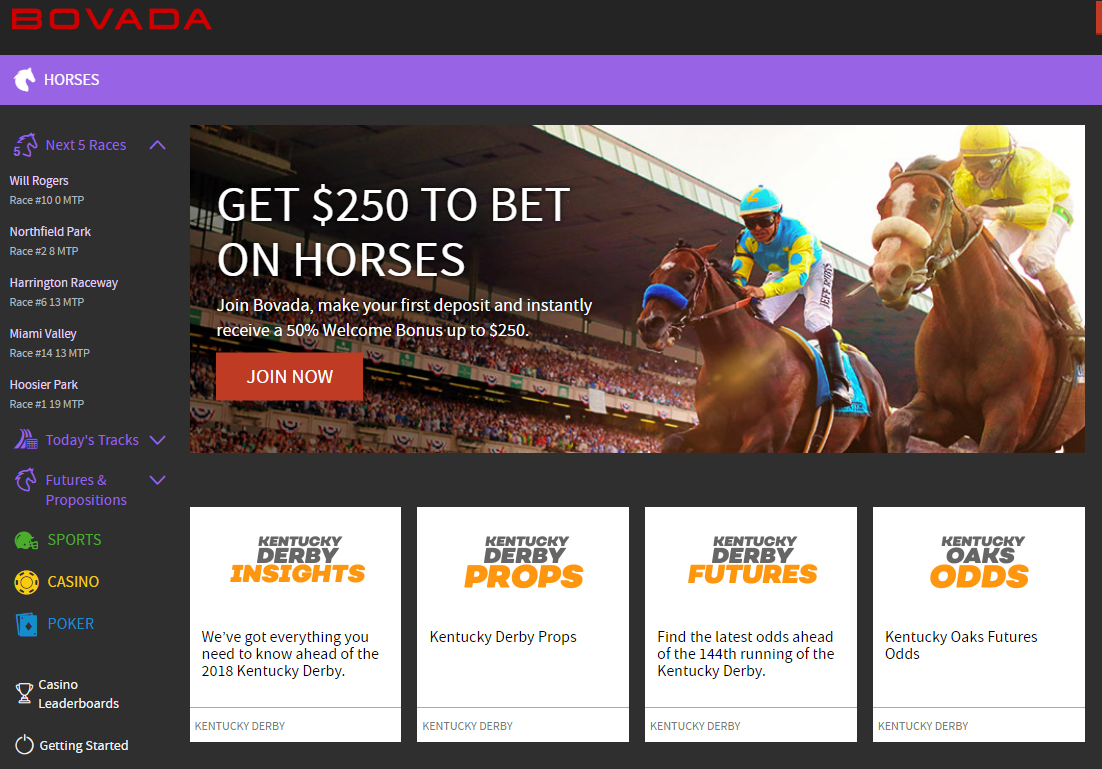 With the 2018 Kentucky Derby right around the corner, we have a better feel on how the odds are shaking out. Justify was the 4/1 co-favorite with Mendelssohn on the horse racing futures market heading into last weekend – the odds are pending as we write this – but Justify had a terrific workout on Saturday (April 21) at Santa Anita Park, dusting off six furlongs in 1:13.

Bet on horse racing at Bovada and get a generous signup bonus.

The most surprising thing about Justify’s odds is that he’s only raced three times for trainer Bob Baffert. The Kentucky-bred colt’s April 7th victory over former favorite Bolt d’Oro at the Grade 1 Santa Anita Derby was clocked at a Beyer Speed Figure of 107. Before that, Justify posted a 104 in his debut and a 101 at an allowance race – all on the dirt at Santa Anita. Justify is trying to become the first horse since Apollo (1882) to win the first leg of the Triple Crown without having raced as a 2-year-old.

Also putting in a strong workout last weekend was Good Magic, the reigning Breeders’ Cup Juvenile champion. The Chad Brown-trained colt was available at 8/1 after winning the Grade II Blue Grass Stakes, but could improve after putting in four furlongs in 48 seconds at Keeneland.