MMA Keep Up With the UFC Even While Traveling 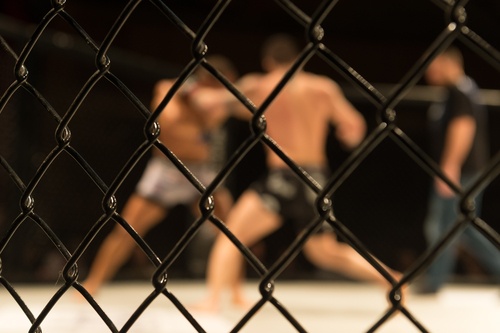 Being a sports fan during holidays and vacations is tough. You may be traveling around the world, experiencing new countries and cities, cultures and adventures, but you don’t want to miss the biggest matches. Non-sports fans don’t understand. They think you’re simply not being present.

It’s even more difficult when you enjoy betting on the games. You need to keep watching if you are to make good predictions based on actual form.

Keeping up with the UFC while traveling isn’t going to be easy, especially if you’re going far across the world. But if you keep the following tips in mind, you can stay on top of things.

Get On Board With The Time Zone

Time zones can be confusing even for the most consummate travelers. Depending on where you’re going, you have to get used to being hours in the future or the past. In some places, you might have to deal with half hours (I’m looking at you, India and Iran).

So before you go, spend some time getting used to the time change. If you don’t drill it into your brain now, you’re going to mess up later, no matter how good your math skills are.

With that in mind, do your research on when the biggest fights are happening. Map it out, according to the local time of the location you’re going to be in. Decide on which are more important than others, and rank them.

Look up any other information you may need in advance, including which channels you can find the fights on at your destination.

In other countries, you may not be able to find channels showing the fights. Don’t despair. You can stream UFC live from anywhere, with just a little bit of advance preparation.

While streaming UFC is pretty easy in the US, it is much more difficult in other countries. This is because US broadcasters geo-restrict their content. They only let you watch in the US, and if your IP address is elsewhere, they will block you.

This is where a virtual private network (VPN) is incredibly useful. VPNs are important no matter where you are. They protect you from identity theft, and if you’re not already using one, you’re being irresponsible.

But they have the added advantage that they can make it seem like you’re somewhere else in the world. Since they route your connection through an external server, by using a server based in the US, websites will think you’re in the US.

Do a bit of research on the VPNs that actually work with streaming providers, as not all of them do.

When you’re traveling alone, it’s hard enough. When you’re with friends or family, you might get a hard time about watching sports while away. Choose which fights are most important and make them your priority.

Ultimately, compromise will be necessary. By choosing your battles in advance, you can come across as perfectly reasonable, even to those who don’t understand sports.