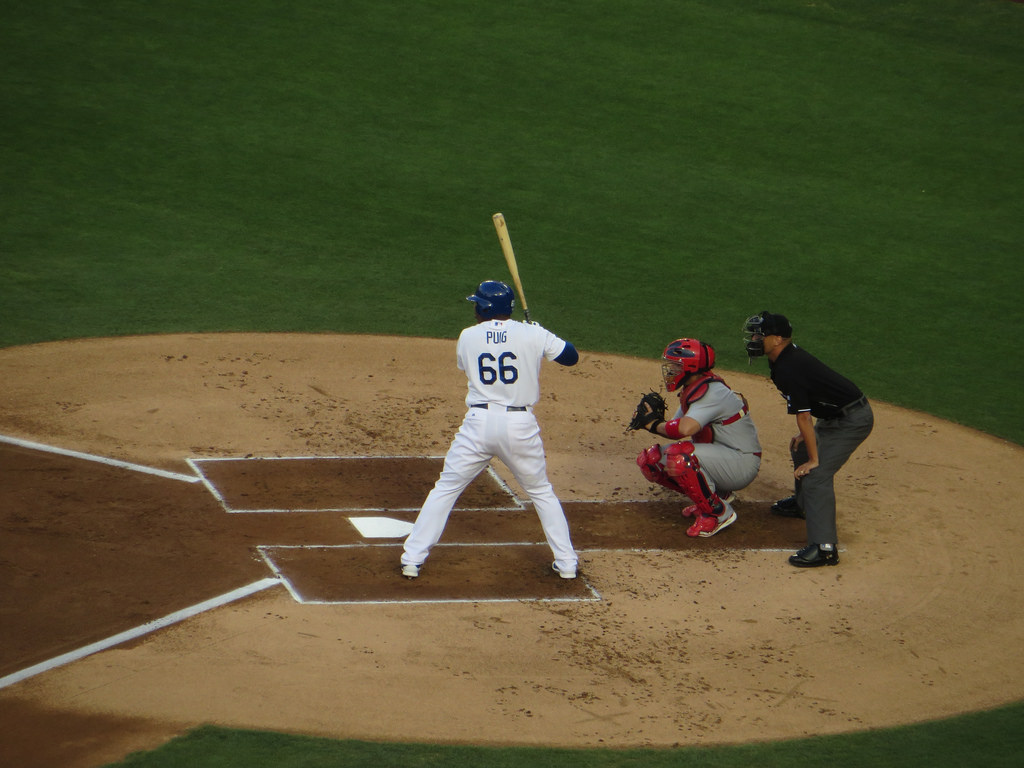 The Los Angeles Dodgers go for their eighth straight victory when they continue their weekend series with the Miami Marlins on Saturday night. Los Angeles recorded their seventh straight win in dramatic fashion in the opener on Friday, rallying behind a Yasiel Puig two-out, three-run home run in the 9th inning for the 6-4 win. Puig hit a tie-breaking solo shot in the fifth inning before his three-run blast off closer A.J. Ramos to help the Dodgers to their 27th win in the past 31 games. The victory was the Dodgers’ second ninth-inning rally in just over a week and marked their 25th comeback victory of the season. The Dodgers are 53-18 since Cody Bellinger’s promotion on April 25th, and the club is 34-9 when he and fellow All-Star 3B Justin Turner are in the lineup together. Miami entered the All-Star Break winning five of its last six and had Los Angeles on the ropes in the opener, but Ramos was unable to get the final strike he needed three times in the ninth before blowing his second save in 19 opportunities. The Marlins are the National League’s best offensive team in July by a wide margin, however, owning league-best marks in batting average (.313) and runs scored (62). The Marlins’ eight-game streak of collecting at least 10 hits – the second-longest in club history – came to an end Friday.

Alex Wood became the first Dodgers starter to reach 10-0 since Don Newcombe in 1955 following Wednesday’s victory against Arizona. He allowed just three hits while striking out 10 over seven scoreless innings and was an All-Star for the first time last week. Wood has allowed one run or fewer in nine of his last 11 outings – surrendering only one homer over that span – and hasn’t lost in any of his last 13 starts dating back to May 30th, 2016. Marcell Ozuna is 6-for-20 and Giancarlo Stanton is 3-for-23 against Wood, who is 5-3 with 3.00 ERA in 12 games (nine starts) versus Miami.

Jose Urena is coming off a no-decision on Sunday at San Francisco, giving up three runs on five hits – including a pair of homers – over five innings. Urena is just 1-1 with a 4.50 ERA over his last three starts since a five-game winning streak from May 23rd to June 23rd (3.38 ERA). Urena has been dominant in three appearances (two starts) spanning 15.1 innings against the Dodgers, going 1-0 with a 0.59 ERA.

Urena may have great stats against the Dodgers, but this L.A. team has some serious momentum right now. Wood has been as dominant as Clayton Kershaw this season and I can’t see the Marlins doing much against him. Take the runline.