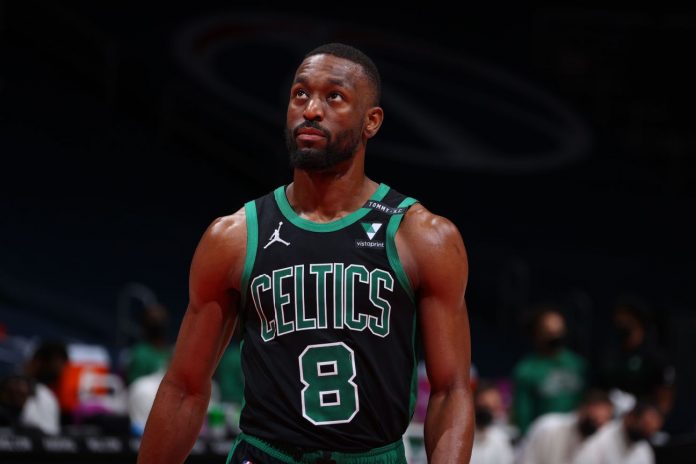 The trio of Kevin Durant, Kyrie Irving and James Harden have not played much together this season and it showed early on in Game 1 of Brooklyn’s first round series with the Boston Celtics on Saturday. The Nets will look for more of a full-game effort when they host Boston for Game 2 on Tuesday night at Barclays Center. Saturday’s game marked the largest crowd of the season for Brooklyn, with over 14,000 fans – most of whom were vaccinated. The team got a combined 82 points from Durant, Irving and Harden and a solid second half defensive effort was enough for a 104-93 win, covering the 8.5-point spread. Durant finished with 32 points on 10-of-25 from the field after a 2-of-10 first quarter when the Nets scored just 16 points. Boston’s Jayson Tatum, who scored 50 points in last Tuesday’s play-in victory over Washington, was held to 22 points on 6-of-20 shooting and will need a better effort to keep the Celtics in this series. The Celtics were outscored 57-40 after halftime, and Tatum was 0-of-6 from the field. The Nets are 9.5-point favorites for Tuesday’s Game 2 and have covered six games in a row dating back to the regular season. Boston is just 5-10 against the spread in their last 15 games overall and 0-7 ATS in their last seven trips to Brooklyn.

The absence of Jaylen Brown was clearly felt in this game, as Boston only managed to put up 40 points in the second half. Without Brown in the lineup, Tatum was stymied by the Brooklyn defense and struggled to get anything going. Robert Williams III helped pick up the slack with a near triple-double. Williams, who was playing his first game in two weeks after dealing with a turf toe injury, finished with 11 points, nine rebounds and nine blocks. The nine blocks is a franchise record, but his toe appeared to still be affecting him at times. Marcus Smart and Kemba Walker had 17 and 15 points, respectively, but the team shot just 36.9 percent overall.

It was just the ninth time this season that the big three have played together this season and after a slow start, combined for 49 points in the second half. Durant made history in his first playoff game since losing the NBA championship to the Toronto Raptors in 2019. He passed San Antonio Spurs legend Tony Parker for ninth place on the all-time NBA postseason scoring list. It was his 39th career playoff double-double and 63rd career playoff 30-point game. Durant scored 32 points, Irving had 29, while Harden finished with 21 points and nine assists. Although no other Nets outside of the three had more than 10 points, the supporting cast helped outrebound the Celtics 50-40.

The second half of Game 1 is how I think this entire Game 2 will go. With the trio of Durant, Irving and Harden, the Nets could be an unstoppable force. The Celtics have failed to cover each of their last seven games in Brooklyn. Make it eight in a row.