NFL Can the 49ers Salvage the 2017 season and Reach the Super Bowl? 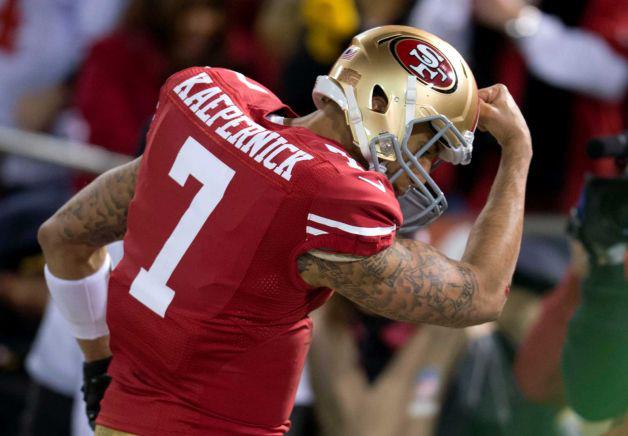 Despite no longer playing in the NFL, Colin Kaepernick remains a steady presence in the media as patient zero of the recent protests in the NFL. Lost in the politicization is the fact that it was a mere four years ago that he led an underdog San Francisco 49er team to Super Bowl 47, a remarkable feat.

In their 22 seasons from 1981 to 2002, the team made the playoffs eighteen times and won the Super Bowl four times behind the other-worldly talents of Hall of Fame quarterbacks Joe Montana and Steve Young and arguably the best wide receiver in NFL history, Jerry Rice. The 2003-2010 seasons were an era of rebuilding to return the franchise to its rightful place of football dominance. In 2011, they returned to the playoffs after winning the NFC West (13-3) behind a breakout season from QB Alex Smith.

Smith began the 2012 season, taking the team to a 6-2-1 record before suffering a concussion in Week 10. Kaepernick took over and played so well that coach Jim Harbaugh continued to start him for the remainder of the season. The result was another divisional title and another trip to the playoffs. Harbaugh continued to lean on the young pivot and was rewarded as Kaepernick outdueled two of the best QBs in the NFL (the Green Bay Packer’s Aaron Rodgers and the Atlanta Hawk’s Matt Ryan) to put the Niner’s into the last dance.

Their opponents were the AFC’s Baltimore Ravens, were having a similar playoff run behind the hot throwing Joe Flacco who was taking down QB heavyweights as well – Peyton Manning, Andrew Luck and Tom Brady – and defensive stalwart Ray Lewis. The final game was an instant classic with the Ravens holding off the 49er’s second half comeback to edge out a 34-31 championship victory. San Francisco made the playoffs again but then returned to a rebuilding phase and is currently struggling in this 2017 season. Is it possible for them to claim another Superbowl? NFL odds have the 49ers at odds of +1001, it seems unlikely, but this is the NFL and anything can happen. So what would need to happen?

First of all, they would need steady quarterback play. Brian Hoyer isn’t having a terrible year yardage-wise, but he needs to move the ball more reliably and improve on his dismal four touchdowns to date. Similarly, the receiving corps needs to get open more and give Hoyer more and better looks. Veteran Pierre Garcon has been doing well but has yet to score and the rest of the wideouts are almost non-existent. Running back Carlos Hyde is off to a good start so he’ll need to stay healthy and productive. On the defensive end, they need to shore up their secondary and give up less yardage in the air. Even if the 49ers manage to improve their on-field play, they’ll likely need other teams in their division to falter for them to pull off a miraculous return to the playoffs. But if they can, we all know anything can happen when a team gets to the playoffs with some momentum.