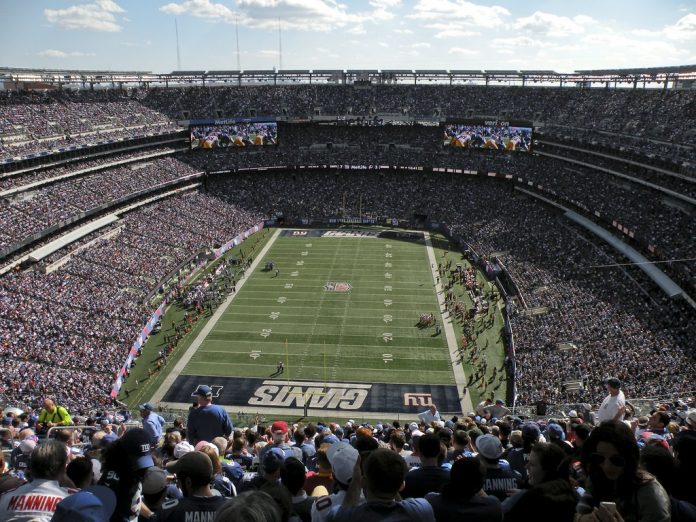 After a rough beginning for the Tampa Bay Buccaneers, future Hall of Famer Tom Brady has found his rhythm and is leading his team to greatness. Brady will make a trip to the familiar surroundings of MetLife Stadium in East Rutherford, New Jersey Monday night when the Bucs visit the New York Giants to conclude Week 8 action around the NFL. The six-time Super Bowl winner has 15 touchdown passes against just one interception over the past five games, with Tampa Bay (5-2) going 4-1 in that stretch. Overall this year, Brady has thrown for 1,910 yards, 18 touchdowns and four interceptions. He erupted with four scoring strikes last Sunday in a 45-20 road victory over the Las Vegas Raiders to go along with 369 passing yards. Giants head coach Joe Judge spent the past eight seasons on the New England staff and is 4.5 years younger than Brady. New York suffered a tough 22-21 loss to the Philadelphia Eagles on Oct. 22 after blowing an 11-point, fourth-quarter lead. Quarterback Daniel Jones and injured running back Saquon Barkley were among a group of players who weren’t wearing masks or practicing social distancing recently. Then came news this week that starting left guard Will Hernandez tested positive for the coronavirus and was placed on the reserve/COVID-19 list. The Giants have told eight players including six offensive linemen to remain at home. Tackles Cam Fleming and Andrew Thomas, centers Nick Gates and Spencer Pulley and rookie guard Shane Lemieux have all since returned to the team and are expected to play.

The Giants have won seven of their past eight meetings with the Buccaneers, including a playoff win in January 2008. Aside from the two infamous Super Bowl losses, Brady holds a 4-1 career record against the Giants. Tampa Bay ranks in the top five in yards against, opponents’ yards per play, rushing yards against, and turnover margin per game. The Giants’ offense is 26th or worse in all of those categories. Oddsmakers have made Tampa Bay a 10.5-point favorite despite being on the road. The Bucs should be a popular survivor pick in Week 8.

Brady is on pace for his first 40-touchdown season since 2007 and it’s thanks to some of the best weapons he’s ever had. Scotty Miller caught six balls for 109 yards and a touchdown last week, while Chris Godwin and Rob Gronkowski also scored. Godwin will not play Monday, but Mike Evans is ready to go. The Bucs rank third in the league in scoring offense at 31.7 points a game. On defense, Tampa Bay ranks third overall (291.3), ninth versus the pass (225.3) and tops in the NFL at stopping the run (66.0). The Bucs, who are 4-2 ATS in their last six games overall, will host New Orleans next Sunday night.

The 1-6 Giants are in the worst division in football and thus are only 1.5 games out of a playoff spot entering Week 8. Jones has shown regressions as a passer in 2020, throwing for five touchdowns and seven interceptions in seven starts. The offensive line is terrible, which is why he’s had to scramble for 296 rushing yards, ranking him tops on the team. Jones finished last week’s game versus Philadelphia with 187 passing yards and two touchdowns and an interception on 20-of-30 completions. The defense is doing their best to hold their own, ranking 14th in the league with 24.9 points allowed per game and also 14th with 356.3 total yards per contest, while recording 18 sacks. They have held three opponents under 20 points, but were also torched by Dallas Cowboys (37) and San Francisco (36).

The Giants have been pretty good at covering the spread as road dogs, but not so much at home. Since the start of 2018 season, the Giants are 1-12 ATS as a home dog. Brady and the Bucs are on a roll now. This should be a blowout.