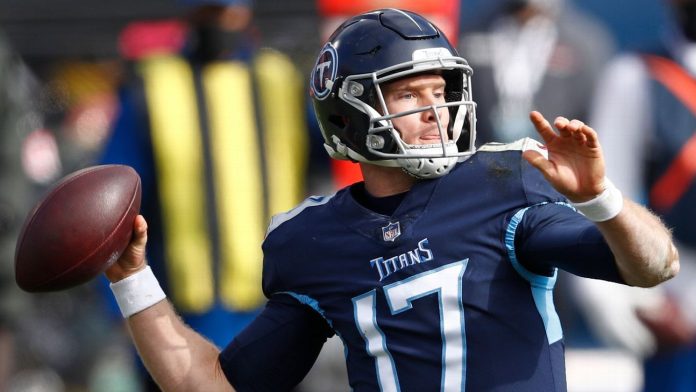 After several blowouts in the Wild Card round, the NFL Playoffs now turn to the Divisional Round were the point spreads are much smaller. The weekend will start in Nashville, as the No. 1 seed Tennessee Titans host the Cincinnati Bengals at 4:30 ET on CBS. The Titans opened as 3-point favorites, but was immediately bet up to 3.5 with a total of 47 as of Wednesday morning. Tennessee with the top seed would host the AFC title game if it wins here, but the Titans are only the third favorites in the conference behind the Bills and Chiefs on the odds board. The Titans managed to earn the No. 1 seed despite not having superstar running back Derrick Henry for half the season. He has been cleared to go for Saturday’s playoff game, which will give the offense a significant boost.

They will meet a Cincinnati team who had to fight-off a game Las Vegas Raiders squad last weekend in the wild card game. The Bengals jumped out to a 13-3 lead in the second quarter, but couldn’t pull away after that. The Raiders hung tough, holding Cincinnati to just a pair of field goals in the second half in the 26-19 setback. If the Bengals were to get to the Super Bowl, they’ll have to do it on the road. Assuming they pull off the mild upset this weekend, Cincinnati would play at either Kansas City or Buffalo in the AFC Championship game next Sunday. These teams didn’t meet in the regular season, but they did play in 2020. Cincinnati won 31-20 behind 249 yards passing a two TDs from Joe Burrow. Ryan Tannehill threw for 223 yards, two TDs and a pick, and Derrick Henry rushed for 112 yards and a score. Cincinnati is 4-0 against the spread in the past five meetings.

Cincinnati’s victory over Las Vegas last week was the franchises first since the 1990 season. Germaine Pratt sealed the game with a fourth-down interception in the closing seconds off Derek Carr. Burrow threw for 244 yards and two scores and didn’t turn it over. Rookie Ja’Marr Chase continued his remarkable season with nine catches for 116 yards. Evan McPherson became the first rookie to make four field goals without a miss in a postseason debut. However, starting defensive tackle Larry Ogunjobi suffered a season-ending foot injury. Also, the team’s best pass-rusher, Trey Hendrickson, suffered a concussion and is in the protocol. Hendrickson had 14 sacks during the season and is a vital part of the improving defense. The Bengals are 5-0 against the spread in their last 5 games overall.

Henry has been out since Halloween but still managed to finish ninth in the NFL with 937 yards rushing and tied for sixth with 10 rushing scores. The Bengals were solid against the run this season, allowing just 102.5 ypg. Following the 2019 season, Henry had 446 yards and two scores in three playoff games but was held in check last year in a loss to the Ravens. Tight end Anthony Firkser had just 14 catches in the team’s first 10 games but has seven with two touchdowns in the past two. Tennessee wrapped-up the No. 1 seed with a Week 18 victory over the Houston Texans, but it far from a convincing victory. The Titans are 6-2 against the spread in their last 8 home games. The defense is second in the league against the run, but 25th versus the pass.

I think Cincinnati’s run comes to an end this week. Tennessee is getting healthy and it starts with Henry. The Bengals weren’t overly impressive last week and could have easily lost that game to the Raiders. I’ll call for the Titans to grind out a win and cover here.