HORSES Are the best of the bets at the Cheltenham Festival to be... 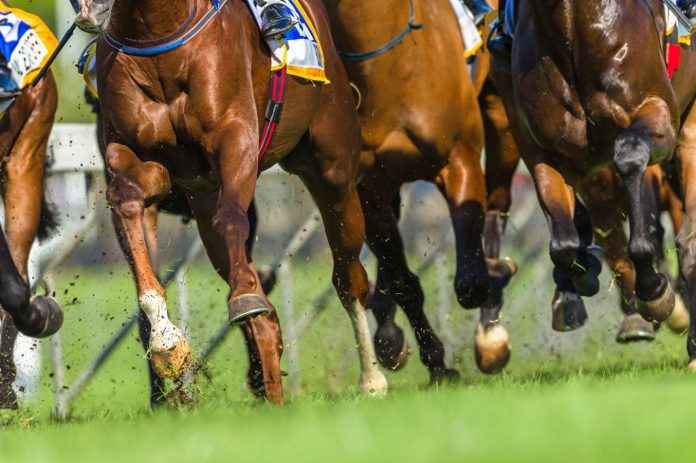 Christened ‘Ladies Day’, the Wednesday of the Cheltenham Festival is always great to watch for many reasons.

The Festival is the standout meeting of the UK and Irish horse racing calendar. While much of the attention goes to the opening day – finally the wait is over! – and the final day, which plays host to the Gold Cup, it’s day two that provides some of the best viewing and betting.

In that spirit, here’s a look at each of the day’s races in turn and some key pointers to look out for.

Ladies Day kicks off with the Ballymore Novices Hurdle, which is a difficult renewal to fathom out from a betting perspective – you may need to consult cheltenhamfestival.net’s day two tips for this one!

However, there are some fantastic odds available in what is typically a wide-open betting heat. We need to look for a six-year-old – they tend to thrive the most – that could be a chasing star of tomorrow, and one from the yard of one of the leading Irish trainers such as Willie Mullins or Gordon Elliott.

Former winners of the Ballymore include Faugheen, Simonsig and The New One, who all went on to enjoy fine careers, so you can get day two of the Cheltenham Festival off to a great start if you can find a horse or two to follow in that lineage.

From the RSA Chase often comes subsequent success in the Gold Cup, so this is another fantastic race to watch and place a bet.

Again, bettors should be looking to the older end of the age spectrum in their betting picks – seven or eight, ideally, and while it’s a race for novices, it’s worth exploring the form of those involved. Usually, the classiest operator will thrive if the ground isn’t too heavy going.

Contested over three miles and with 20 fences to be jumped, it’s a decent test of stamina. The RSA Chase winner will often be a horse that has dug deep in the past and showed plenty of character to go with pace over the ground.

And note that Willie Mullins and Nicky Henderson are the most prolific winners of this race in the best part of a century, so their runners are always a good starting point for your bets.

Handicap races are always interesting for bettors because a stack of research can pay dividends when identifying entrants that underperform – or overperform expectations – based on their weighting.

In 2019, William Henry was a 28/1 winner in the Coral Cup, and that came a year after the 20/1 shot Bleu Berry led the field home. That offers an insight as to what to expect in this renewal.

Pretty much an open race as far as age is concerned, our tip is to go for older horses who have occasionally proven their merits in the past – there’s only been one winner aged five or under in the past decade.

This is arguably the standout race of Ladies Day at the Cheltenham Festival and is undoubtedly the flagship event on the card.

Run over a shade under two miles, the Champion Chase is the premier race at this distance run in the UK and Ireland, so you can be sure that there’s a huge appetite to win it.

Several exceptional horses have won the Champion Chase, from Altior and Sprinter Sacre to the likes of One Man and Moscow Flyer, so really only the very best in the field should be backed.

With five wins in the last ten renewals, you can tell that Nicky Henderson’s hard work in preparing his horses for this race has paid dividends!

As the name hints at, the Cross Country Chase is a gruelling renewal covering three miles and six furlongs, with 32 fences to be overcome.

Given the nature of the race, this Cross Country Chase is something of a slog – especially when run on soft or heavy ground – and so you are looking to back horses here that are proven when it comes to winning dogfights over the longer distances.

Hopefully, armed with all of the information above, Ladies Day of the Cheltenham Festival can be as profitable for you from a betting perspective as it is fun to watch!