NFL Will Kevin Stefanski Go Down as One of the Best Appointments in... 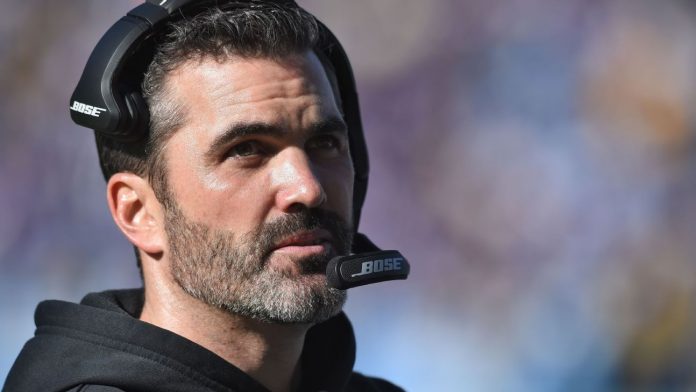 Cleveland Browns hadn’t had a winning season since 2007 under Romeo Crennel, and hadn’t made a play-off appearance since 2002. It has, indeed, been a dark time for the franchise, with fans left wondering if they would ever back a winning team again. Times seem to be well and truly changing, though, and Kevin Stefanski has now led the Browns to their first winning season in more than ten years. This could go down as one of the best appointments in the club’s history.

Who Has Thrived Under Stefanski?

Stefanski was appointed head coach of the Browns in January 2020, signing a five-year contract. In hindsight, this was an incredibly shrewd piece of business, as the new boss went on to have an amazing season. He secured a win before the campaign had even ended, with nine wins and three losses from his first 12 games in charge. So, how has Stefanski found success where so many others have failed?

One of the main things that this coach of the year contender has been credited with doing at the FirstEnergy Stadium has been getting the best out of Baker Mayfield. The star quarterback set an impressive record this season, becoming the first in his position to throw four touchdowns in a first half for the club since 1951. The last Browns player to do this was the legendary Otto Graham.

Mayfield has had his greatest ever season in the NFL, smashing last season’s record of 22. Rex Ryan even went as far as to say that the Browns could have a chance of winning the Super Bowl if Mayfield can keep up this form. Aside from transforming his star quarterback, Stefanski has been referred to as “the exorcist” at the Browns. He has seemingly expelled their past demons and instilled a newfound belief at the club.

Can the Browns Build On this Success?

At the time of writing, the Browns are outsiders to win the ultimate NFL competition at odds of 3000. But at least they’re in the mix for the first time in a long while. This is likely to attract a flurry of betting, with many people speculating over the potential of a major upset. Staking on the Super Bowl is one of the biggest events in betting, and bettors can find the best bonuses using sites like Bonusfinder. By using a free bet to stake on the Browns, they can limit the risk involved.

The most exciting thing about Stefanski’s tenure as head coach is that this is only the beginning. The former Minnesota Vikings assistant is ensuring that the belief remains high in his camp that the job is far from finished. The next stage will be to go on to achieve success in the play-offs and hopefully make it to the Super Bowl.

It is probably too early to say that Stefanski is one of the greatest appointments in Browns’ history. But if he manages to continue in the same way he has started, he could reach that status soon.