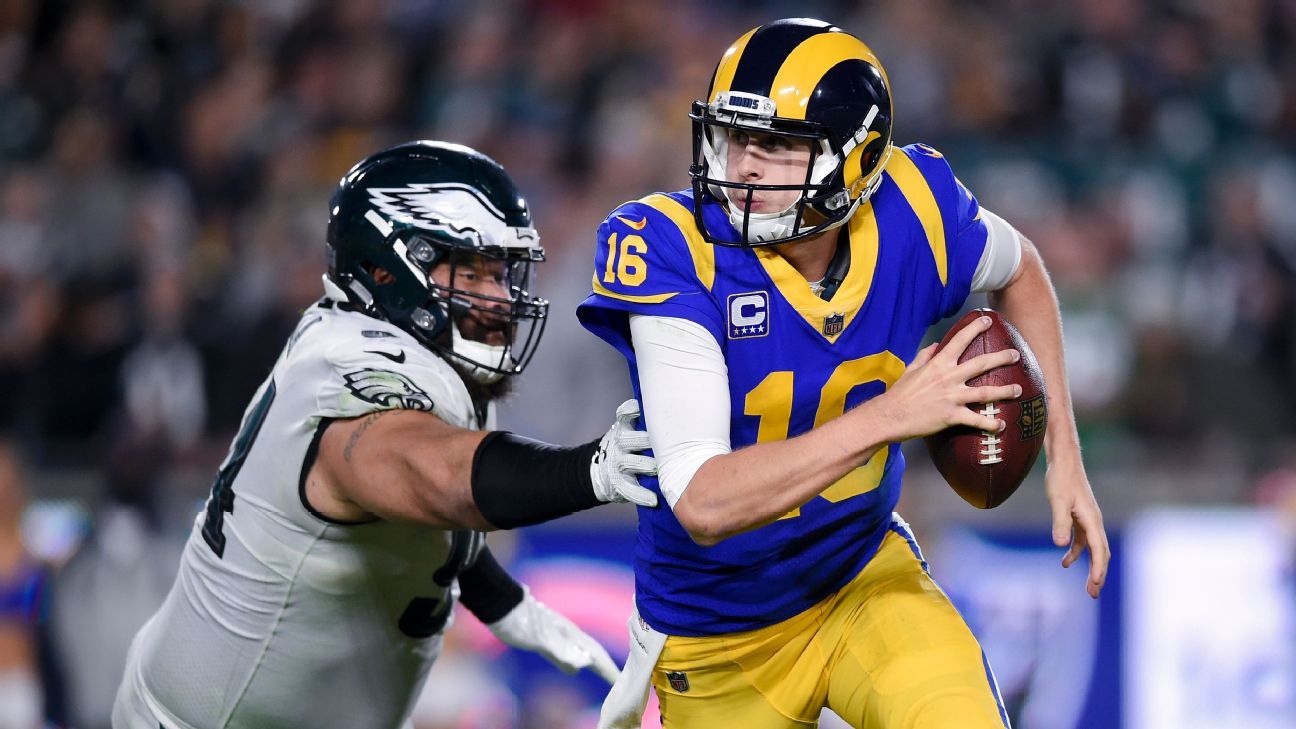 It was only a couple of years ago when the New England Patriots beat the Los Angeles Rams 13-3 in the lowest-scoring Super Bowl ever. Now, the teams meet to begin the Week 14 NFL schedule on Thursday Night Football from Los Angeles. The Rams had just 260 yards of offense in that game as Jared Goff looked overmatched against Bill Belichick’s defense, completing 19-of-38 with a an interception. Goff took some criticism from coach Sean McVay a couple of weeks ago and responded with one of his best performances of the season. He completed 37-of-47 passes for 351 yards on Sunday as the Rams took over first place in the NFC West with a 38-28 victory over Arizona as 3-point favorites. L.A. is now 3-1 SU and ATS in their last four games including wins over Seattle and Tampa Bay – two playoff contenders. The Patriots are coming off an impressive 45-0 route of the L.A. Chargers at this very stadium on Sunday and decided to stick around and practice over at UCLA. New England has now won four of five to get back to the .500 mark and are two games back of a postseason spot. Quarterback Cam Newton accounted for three touchdowns (two rushing, one passing) against the Chargers but threw for just 69 yards. Newton (abdomen) joined cornerback J.C. Jackson (hip, knee) and special teams ace Matthew Slater (knee) among 14 players listed as limited in Tuesday’s practice for the Patriots.

The Rams opened as 6.5-point favorites, but the early money has come in on New England, dropping the line to five as of Tuesday night. The total is at 44.5 after opening at 45. The Patriots have won four-straight regular season matchups in the series, covering three of those. The most recent regular season matchup was a 26-10 Patriots’ win on Dec. 4, 2016 when the Rams were held to just 162 total yards. Each of New England’s last four games have gone under the total.

The Patriots’ special teams really stepped up on Sunday, returning a punt return for a score and a blocked field-goal return for a touchdown. It was only the seventh time in league history a team has returned a punt and blocked field goal for touchdowns in the same game and first since 2015. Newton became the first QB ever with three seasons of at least 10 rushing touchdowns and it was his fourth game of the season with multiple rushing touchdowns. New England sacked Chargers rookie quarterback Justin Herbert three times and intercepted him twice. They own the NFL’s 12th-ranked defense overall, surrendering 344.6 yards a game and have 14 defensive interruptions – third-most in the NFL. The Patriots, who are 3-1 against the spread in their last four games, will be in Miami on Sunday to take on the Dolphins.

Rookie Cam Akers appears to have taken control of the L.A. backfield after rushing 21 times for 72 yards and a touchdown against the Cardinals. However, Akers was listed as a non-participant on Monday’s injury report and limited on Tuesday with an ailing shoulder. Darrell Henderson Jr. and Malcolm Brown are more than capable of picking up the slack should Akers be unable to play. The Rams rushed for three scores in the win over Arizona including one by Goff. The ground game helped the Rams hold possession for nearly 39 minutes and the team is now 33-0 all-time under McVay when leading at halftime. The Rams are all about defense, ranking second in the league overall (291.3) and first against the pass (198.2). The unit is led by two-time NFL Defensive Player of the Year Aaron Donald, who is tied for second in the league with 11 sacks. The Rams will host the New York Jets next Sunday.

The Patriots have been impressive lately, but I still don’t trust Cam Newton when it matters most. If he only threw for 69 yards against the Chargers, he’s in for a long night versus this ferocious Rams defense. The L.A. offense is good enough to get the win here and cover.