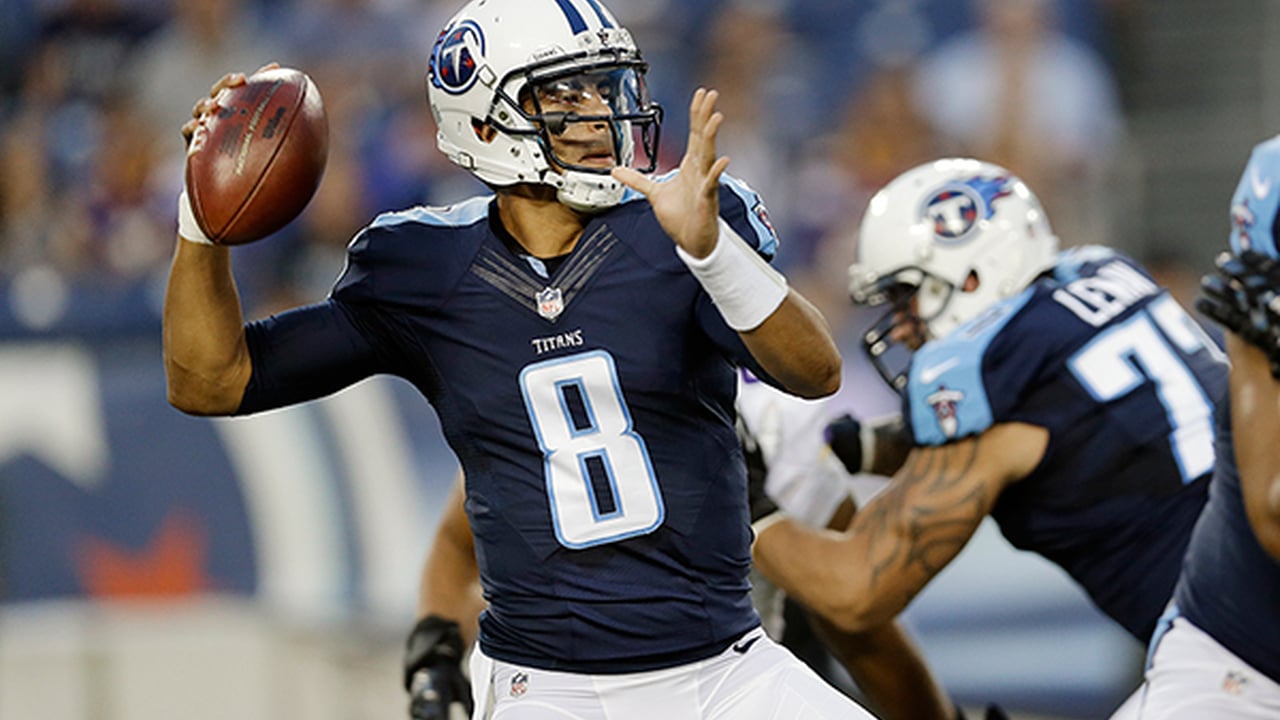 The Houston Texans have a chance to put a stranglehold on the AFC South Division when they host the Tennessee Titans on Monday Night Football to cap off Week 12 of the NFL schedule. Houston has won seven consecutive games after starting the season 0-3 and have a two-game lead on Tennessee and Indianapolis ahead of Week 12. The Titans had back-to-back wins over Dallas and New England to stay in the race, but were humiliated last week 38-10 in Indianapolis and quarterback Marcus Mariota left the contest with a stinger, but practiced fully on Friday and is set to go Monday. This will be Tennessee’s second Monday night game this season – the first was a 28-14 at Dallas to make them a perfect 7-0 ATS in their last seven contests on Mondays. Houston is coming off consecutive two-point victories at Washington and Denver, giving the team four victories by three points or fewer during its winning streak. These two teams met back in week two when the Texans dropped a 20-17 in Nashville, but Tennessee has won three of the last four matchups. The one loss was last season in Houston where the Texans crushed the Titans 57-14 – the largest margin of victory in the franchise’s history. The Titans are 0-4 ATS in their last four meetings in Houston, and the home team is 5-0 ATS in the last five. Tennessee is on a 7-2 SU run against the division in the last nine games dating back to last season.

Mariota came alive in the victories over Dallas and New England, but last week’s injury cost him a chance at winning his third straight game. The former Oregon quarterback had a rushing and throwing touchdown in the Week 2 matchup against Houston. Running back Derrick Henry, who was used out of the wildcat in the first meeting, has been splitting carries this season with Dion Lewis, and the two have a combined 824 yards and five touchdowns. Corey Davis is the leading receiver with 45 receptions and 606 yards, but has only found the end zone twice this season. Tennessee did have the NFL’s top-ranked scoring defense until the Colts took care of that last week.

Deshaun Watson scorched the Titans last season in his third career start, throwing for four touchdowns and rushing for another as Houston set a franchise record for points in the 57-14 rout. During the seven game winning streak, Houston has scored more than 23 points just twice and Watson hasn’t thrown for more than 239 yards in his last five starts. Superstar wideout DeAndre Hopkins has at least one touchdown reception in five straight games and eight overall to lead the team. Running back Lamar Miller is helping take pressure off Watson by having a consistent run of at least 86 yards rushing in three of the last four games. The Texans rank in the top ten defensively overall, versus the pass, the run, and scoring (20.5 points).

Mariota and the Tennessee defense has a knack for pulling off upsets against good teams, especially in prime time. They did already against Dallas on a Monday night, and are on a 7-0 ATS run on Mondays as well. I’ll take the points in a low-scoring affair.