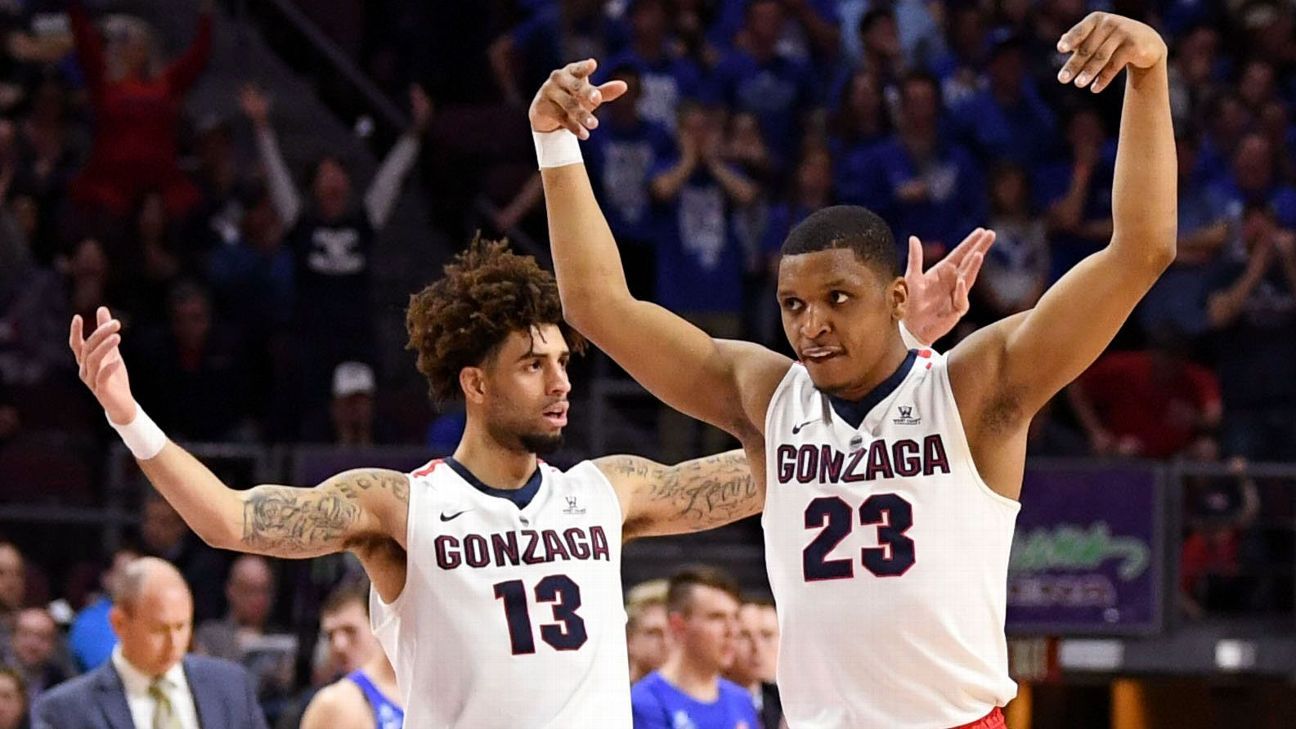 Its offense versus defense in the Elite Eight matchup between the Gonzaga Bulldogs and Texas Tech Red Raiders from the Honda Center in Anaheim, California Saturday afternoon. Texas Tech boasts one of the stingiest defenses in the country and took that a step further in their dominating performance in the Sweet 16. The Red Raiders held Michigan to a season low point total in the 63-44 triumph, including allowing the Wolverines just 16 first half points. Texas Tech allows just 58.7 points per contest (3rd overall) and are second in the nation in field goal defense at 36.7 percent. The offense has improved as the year goes own and have scored above their 72.9 average in eight of their last 11 games, but didn’t need the scoring on Thursday. The Zags lead the country in scoring (88.2), field-goal percentage (52.8), scoring margin (+23.6) and assist-to-turnover ratio (1.76). The Bulldogs are attempting to reach the Final Four for the second time in three years, while the Red Raiders are seeking their first ever trip. This is just the third meeting between the schools with Texas Tech taking the first two including a 71-69 win in the second round of the 2005 NCAA Tournament.

If you look inside the numbers, the defensive effort Texas Tech put forth against Michigan was even better than it sounds. They held the Wolverines to 32.7 percent shooting including 1-of-19 from 3-point land – and that one came in the closing seconds. The offense wasn’t spectacular Thursday – but didn’t need to be – shooting 43.6 percent, but were again led by Big 12 Player of the Year Jarrett Culver. The sophomore guard leads the team in scoring (18.9), rebounding (6.4), assists (3.8) and steals (1.5) and had a team-high 22 points in the win over Michigan. Guard Davide Moretti scored 15 points and was 3-of-4 from long range, and is second on the team in scoring at 11.6 points per contest, while shooting 46.2 percent from beyond the arc. Matt Mooney is the other double-digit scorer at 10.9 and scored 10 against Michigan.

Gonzaga got their biggest test of the tournament so far and passed with relative ease, eliminating Florida State 72-58. West Coast Conference Player of the Year Rui Hachimura leads the team in scoring (19.6) while also shooting 45.5 percent from 3-point range, while conference Defensive Player of the Year Brandon Clarke is averaging a team best 8.5 rebounds and leads the NCAA with 115 blocks, including five against Florida State. Clarke had 36 points in the Zags’ second-round win over Baylor, breaking the school’s NCAA Tournament single-game mark of 35 set by Adam Morrison.

I really like this Texas Tech team, but I think they’ll be a little overmatched against Gonzaga here. The Bulldogs are on a mission right now and have the combination of offense and a really good defense to handle the Red Raiders.