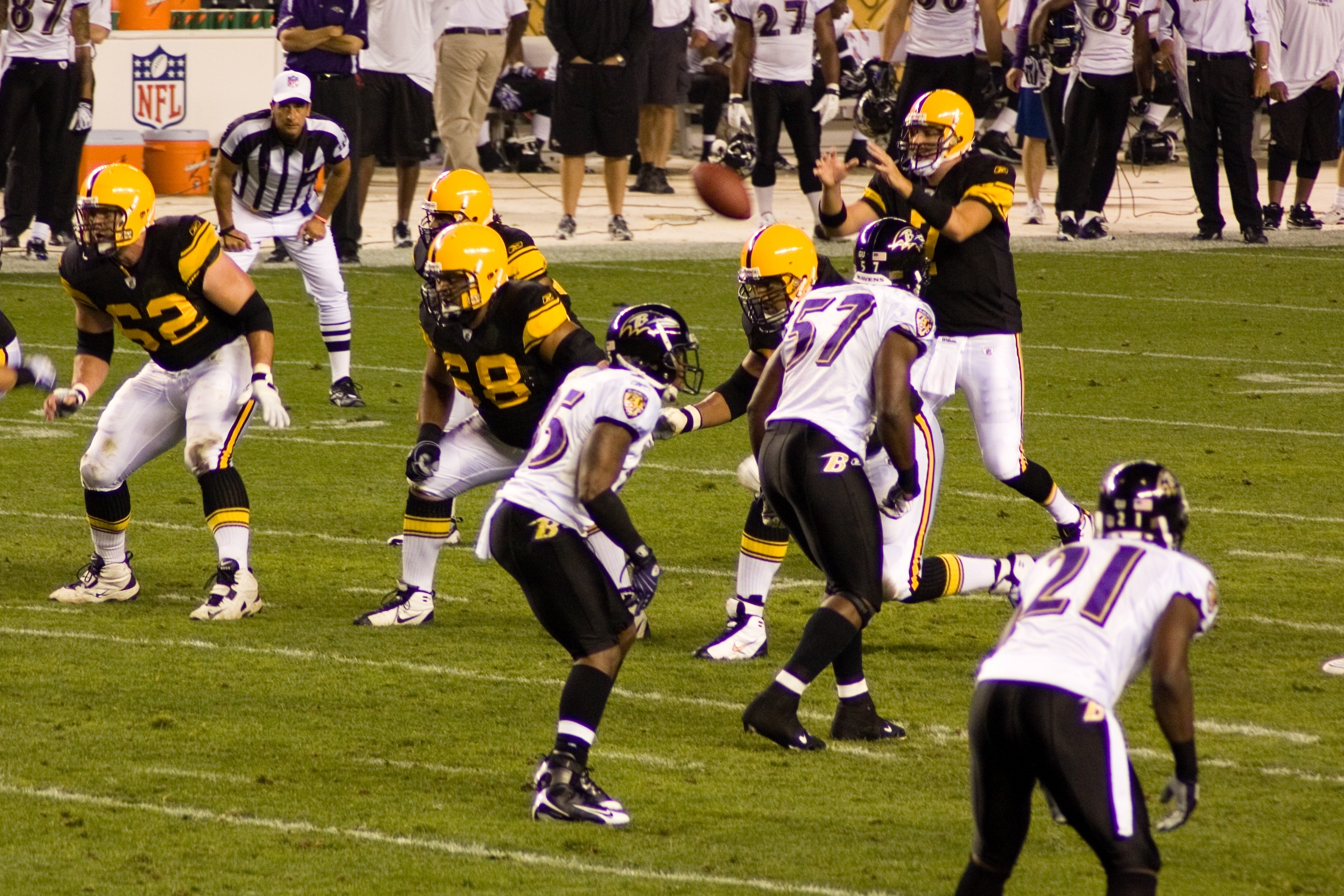 The Pittsburgh Steelers are the league’s lone undefeated team left and will face their toughest challenge to date when they visit the Baltimore Ravens on Sunday afternoon. First place in the AFC North is on the line along with a track towards the No. 1 overall seed in the AFC – the only spot that garners a playoff bye. It’s full speed ahead as both teams have already taken their bye week. Pittsburgh is coming off a win over previously unbeaten Tennessee and have covered the spread in all but one of their contests. The Steelers’ offense isn’t producing a ton of yards, but they have been efficient ranking sixth in points scored per game at 30.5 after the 27-24 win over the Titans. They will face a Ravens team that ranks No. 1 in points allowed (17.3) and are coming their bye.

After going up 24-7 at the half, Pittsburgh fell apart and was outscored 17-3 in the second half last week at Tennessee before holding on. Pittsburgh’s defense has been great, ranking first in the NFL in yards allowed per game (286.3) and first with 26 sacks, including a team-high 5.5 by T.J. Watt. After missing most of last season, quarterback Ben Roethlisberger has not looked old or rusty, passing for 1,446 yards and 13 touchdowns to only four interceptions. He threw for 268 yards and two touchdowns on 32-of-49 completions, but he also got picked off three times. The Steelers got a boost with the return of Diontae Johnson, who caught two touchdown passes last week. On the injury front, Pittsburgh cornerback Mike Hilton (shoulder) didn’t practice Wednesday but is expected to later in the week, and fullback Derek Watt (hamstring) was a full participant Wednesday. Also sitting out Wednesday but not for more rest than anything werer receivers JuJu Smith-Schuster (knee) and Johnson (toe), tight end Eric Ebron (elbow), center Maurkice Pouncey (elbow) and offensive tackle Alejandro Villanueva (elbow).

The Ravens should be well rested, coming off a Week 7 bye. The only blemish on their record was a 34-20 loss to the defending Super Bowl champion Chiefs. The biggest concern regarding the Ravens is a passing game which ranks 31st in the league, averaging only 177.8 yards per game. Of course, they do league the league in rushing at 164.3 yards per game, but running back Mark Ingram’s status is questionable after an ankle injury in Week 6. Baltimore also has to play with more discipline after recording 12 penalties in the Eagles game. Jackson, in his one career game against Pittsburgh, had his only three-interception performance and was sacked a career-high five times, but Baltimore won 26-23 last October. Jackson could have a new target in veteran receiver Dez Bryant, who was signed to the Baltimore practice squad Tuesday and practiced Wednesday. Newly acquired defensive end Yannick Ngakoue will debut for an already solid Ravens defense that has racked up 13 sacks over their last two games. In six games with Minnesota this season, Ngakoue had racked up five sacks, tied for eighth in the NFL.

As long as they don’t have to play Kansas City during the regular season, the Ravens are pretty dominant. The defense is getting better and better each week and the bye week gave them the perfect opportunity to get ready for this mammoth tilt. The betting public is all over the underdog in this one – which is rare. I’ll lay the points and take the home team.