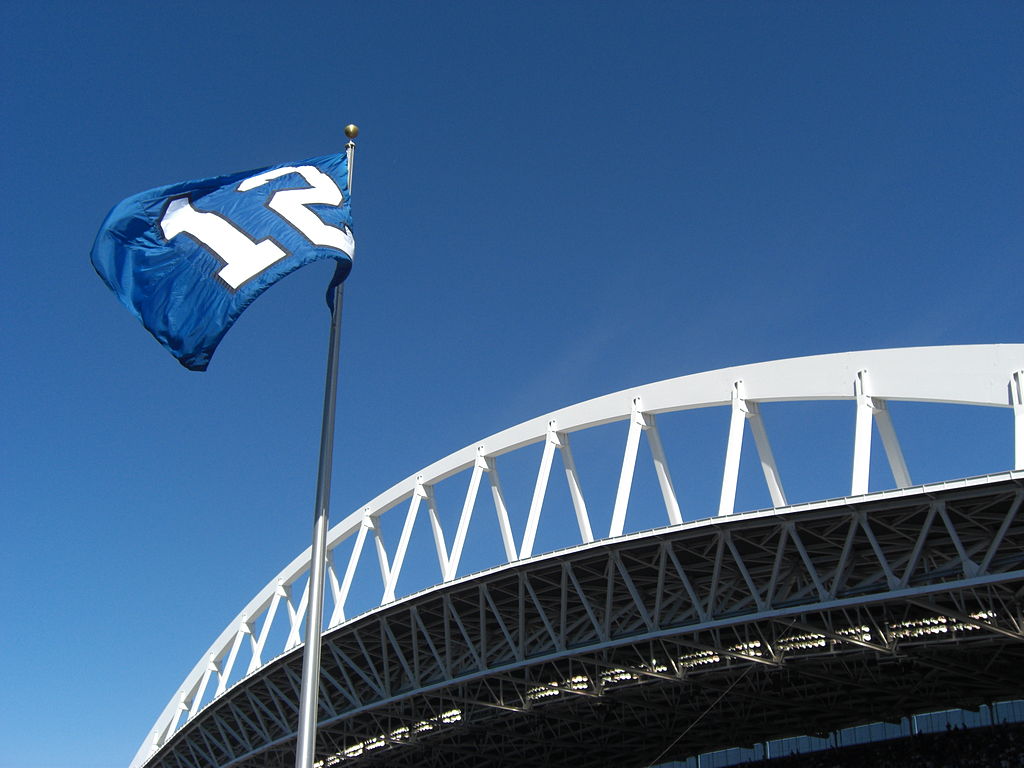 The NFC West is proving to be maybe the toughest division in all of Football this year and all you have to do is look at the standings. The defending NFC Champion San Francisco 49ers are sitting in last place with a winning record and have a chance to knock off division-leading Seattle on the road Sunday afternoon. The Seahawks put everyone back in the race last weekend when they suffered a 37-34 overtime loss at Arizona – their first defeat of the season. Five of Seattle’s six games have been decided by one score, with four of them coming down to the final seconds. The Seahawks had appeared to win the game in overtime when Russell Wilson hit DK Metcalf on a 48-yard touchdown, but it was wiped out by penalty. The 49ers have won back-to-back games, including a 33-6 victory last weekend at New England as Jimmy Garoppolo was 20-of-25 for 277 yards against his former team. The 49ers’ winning streak came after home losses as big favorites to Philadelphia and Miami.

The Seahawks are 3-point home favorites this week and have dominated the series of late. Seattle has won eight of the previous 10 meetings while going 6-4 ATS over that stretch. San Fran has just four covers in their last 18 trips to Seattle. Oddsmakers are expecting a high-scoring affair with a total of 54. The Niners have played in only one game this season that surpassed 45 points, while all six of Seattle’s games have gone over 52 points.

San Francisco has found a running game once again, rushing for 150.0 yards a contest over their last three games. Against the Patriots, they rushed for 197 yards and four touchdowns. Jeff Wilson, who had 112 of those, has been placed on injured reserve, so Jerick McKinnon and JaMycal Hasty will have to split the duties for now. With McKinnon likely to see more rest and Tevin Coleman not yet ready to return, Hasty most likely will see the majority of carries against the Seahawks. Wide receiver Deebo Samuel (hamstring) is expected to miss a couple of weeks. The defense ranks fifth overall (309.6) as well as fifth in points allowed at 19.4. The 49ers will host Green Bay on Thursday night.

Wilson completed 33-of-50 passes for 388 yards and three touchdowns but had a season-high three interceptions. Tyler Lockett found the end zone three times last week and leads the NFL in receiving touchdowns since the start of the 2018 season with 25. Lockett finished with 200 receiving yards on 15 receptions. Last year Wilson recorded three passing touchdowns against just an interception in two games versus San Francisco last year. Seattle’s run game is currently banged up with Chris Carson, Carlos Hyde, and Travis Homer all dealing with injuries. Hyde, who played for the 49ers from 2014-17, replaced Carson last week and had season highs of 68 yards on 15 carries. Safety Jamal Adams remains questionable due to a groin injury that has forced him to miss the past three games.

Based on the line (-3), oddsmakers believe that these teams are about even on a neutral field. Well, I don’t agree with that. Seattle’s defense isn’t very good, but the offense has been carrying this team and will again this week. The Seahawks should get a 7-point win.