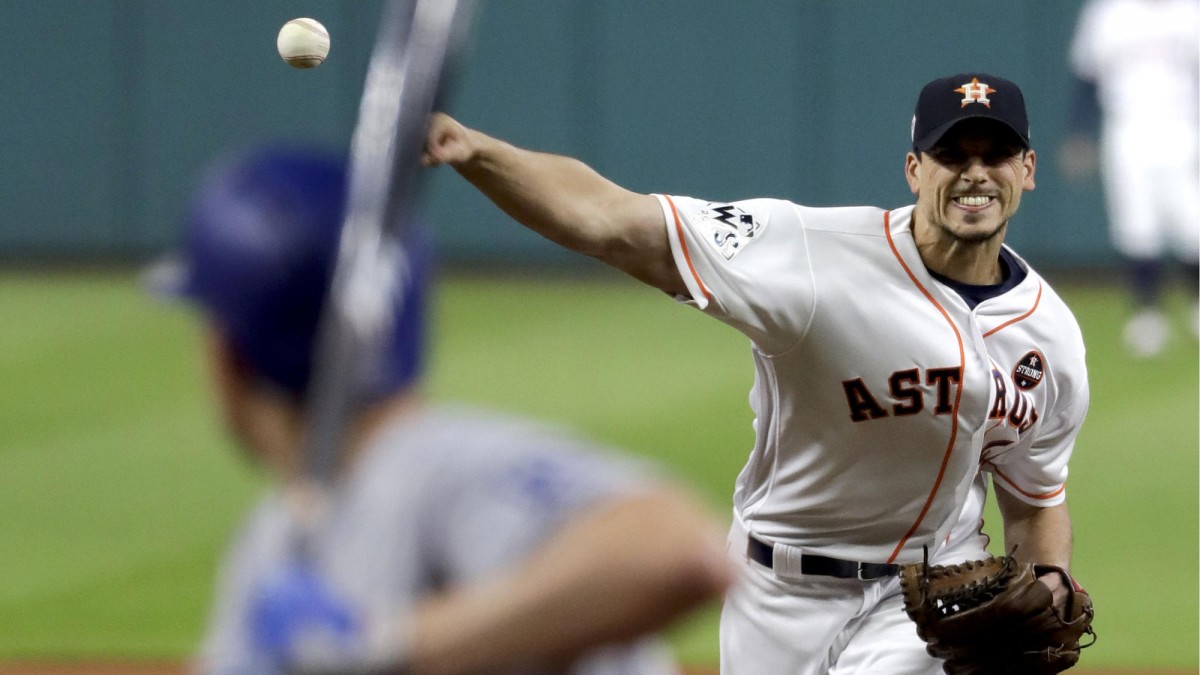 The Houston Astros five-game home winning streak came to an end on Saturday, so they will try and start another one when they finish-up a four-game weekend series with the first-place Boston Red Sox on ESPN’s Sunday Night Baseball. Boston maintained their half-game lead over the New York Yankees in the American League East with a 5-4 triumph over the Astros on Saturday. Andrew Benintendi snapped a tie with a two-run bomb in the seventh inning and J.D. Martinez increased his major league-leading total to 50 RBIs with two in the victory, avoiding a potential sweep. Martinez boasts nine RBIs in his last eight games and Benintendi is 13-for-31 with 10 RBIs in the same span for Boston, which has won 10 of its last 14 and is 20-11 on the road. Rick Porcello looks to bounce back from a rough May when he takes the mound for the Red Sox on Sunday against the unbeaten Charlie Morton. Houston has dropped five of its last eight games overall and are now percentage points behind the surprising Seattle Mariners in the AL West, who they will play next week. First baseman Yuli Gurriel had two hits in Saturday’s loss and takes a nine-game hitting streak into the series finale for the Astros, going 14-for-39 with five RBIs during the stretch. Second baseman Jose Altuve is 18-for-38 over his last nine games with six extra-base hits and seven RBIs. On the injury-front, Red Sox 2B Dustin Pedroia (left knee) returned to the 10-day disabled list Saturday after playing just three games, while Houston’s Marwin Gonzalez left the game in the third inning with right knee soreness and is questionable for Sunday.

Porcello got off to a great start this season, recording six quality starts in his first seven outings but has just two in five starts since, including Tuesday when he limited Toronto to two earned runs over 6.2 innings in a victory. The former Cy Young winner a 2.23 ERA through the end of April, but posted a 5.35 mark in May even though he won three of five decisions. Porcello is 1-1 in three career games against the Astros.

Morton is coming off a no-decision against the Yankees on Tuesday, extending his regular-season unbeaten streak to 14 games after allowing three runs on eight hits with 10 strikeouts over six innings. Morton has allowed more than three runs once in 11 starts this season and completed at least six innings nine times. He is 2-0 with a 1.74 ERA in two career games versus Boston.

This is another great pitching matchup between these two teams and I expect Morton to be really good. He not only has a great mark against the Red Sox, but five of his seven starts at home have gone under the total and he has a 1.85 ERA at Minute Maid Park this season. I can see this game staying under eight runs.