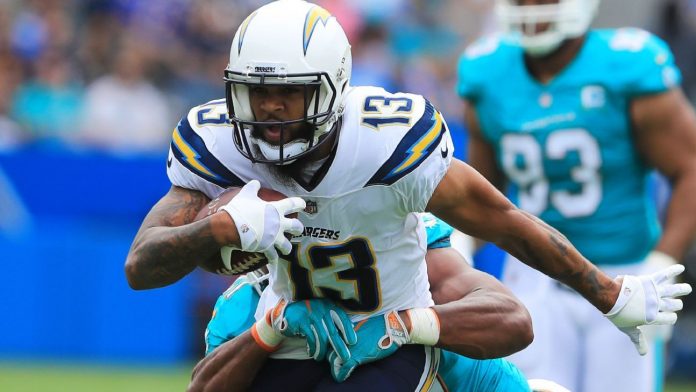 The New England Patriots are on the outside looking in when it comes to a postseason berth and the next three weeks could make or break their season. The Pats begin a three-game road trip when they visit the Los Angeles Chargers on Sunday afternoon at SoFi Stadium in L.A. They will then have short-rest to prepare for the Rams on Thursday, but will just stay in town rather than traveling back-and-forth to Foxborough. New England is starting to gain some steam, winning three of their last four games to get within one game of the .500 mark. Head coach Bill Belichick is looking to avoid his first losing season with New England since he took the job in 2000. The Patriots are coming off a hard-fought 20-17 victory over the Arizona Cardinals thanks to a Nick Folk 50-yard field goal as time expired. Cam Newton struggled throwing the ball, passing for just 84 yards on 9-of-18 and threw two interceptions. The Chargers (3-8), meanwhile, will not be making the playoffs this year, having lost four of their last five, but now have their quarterback of the future in Justin Herbert. The rookie threw for 316 yards on a career-high 52 attempts in a 27-17 loss to the Buffalo Bills last week.

New England has won five straight in the series, including 41-28 in an AFC Divisional Playoff game following the 2018 season. Oddsmakers think this matchup is pretty even, making it a Pickem with a total of 49, but the line has since moved in favor of the Chargers at -1.5 and the total is down to 47. The Patriots have covered in each of the last five meetings between the teams, but are just 1-4 ATS in their last five road games overall. The Chargers are 0-5 ATS in their last five games and are only 3-8 ATS in their past 11 home games. Los Angeles has finished above the total in seven of their last eight games, with all seven of those Overs producing in excess of 50 points. Six of New England’s last eight games have gone under, however, with four of those games seeing fewer than 40 points scored.

Newton has really struggled this season, throwing just four touchdown passes to nine interceptions, but does have 387 yards and nine touchdowns on the ground. He is averaging fewer than 200 passing yards per game for the season. Newton could have some success this week against a Chargers defense that has allowed the most 40+ yards passing plays this season. The Patriots offense ranks 21st overall (347.0), 29th in passing (197.4), but a respectable fifth running the football (149.6). Running back Damien Harris has three 100+ yard efforts this season, but just two total touchdowns. The defense has stepped up when the offense fails lately and allowed just 160 passing yards to Kyler Murray while limiting DeAndre Hopkins to only 55 receiving yards last week. New England is fourth in the league with 12 interceptions. Cornerback J.C. Jackson (hip), whose six interceptions are second most in the league, was limited in practice this week, while linebacker Anfernee Jennings was absent due to illness.

Herbert has thrown for more than 3,000 yards with 23 touchdowns over the first 10 games of his NFL career. He has also shown a little rushing ability with 185 yards on the ground and three scores. Herbert managed to pass for 316 yards and a touchdown in the loss to Buffalo last week, but was intercepted once and got sacked three times for a loss of 25 yards. Austin Ekeler was back in action again after missing some time to an injury. Ekeler led the team with 44 rushing yards and 85 receiving yards last week. The Chargers’ defense was solid despite the loss to the Bills, as it forced three turnovers. Chargers defensive end Joey Bosa had all of the team’s three sacks against the Bills including five quarterback hits and six tackles for loss. Bosa, however, did not practice Wednesday with a shin injury and was joined by cornerbacks Chris Harris Jr. (foot) and Casey Hayward Jr. (groin), linebacker Denzel Perryman (back) and wide receivers Joe Reed (ribs) and Mike Williams (not injury related). The Chargers will host Atlanta next Sunday.

Despite the record, the Chargers are ranked in the top 12 in both total offense and total defense. They can move the ball up and down the field and the defense should be able to force Newton into more mistakes. I like the Chargers to outscore New England in this one.