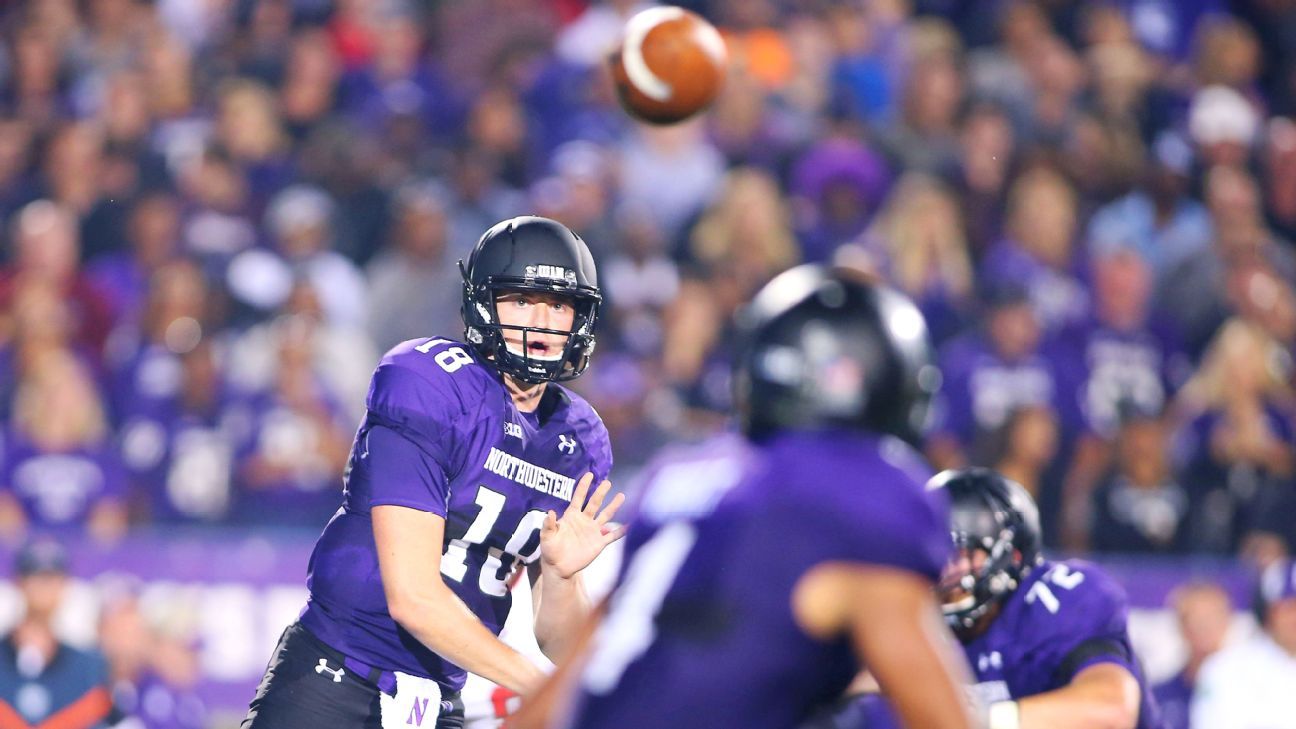 Head coach Jeff Brohm guided the Purdue Boilermakers to their first winning season since 2011 in his first year at the helm in West Lafayette, then declined a few high-profile offers in the offseason to continue what he started. Purdue will open their 2018 season as well as Big Ten opener against the Northwestern Wildcats on Thursday night at Ross-Ade Stadium. Brohm returns nine starters, including quarterbacks David Blough and Elijah Sindelar as the Boilermakers search for their first win over Northwestern in eight years. The Boilermakers ended their 2017 season with momentum, winning four of their last five including a 38-35 Foster Farms Bowl victory over Arizona. Purdue is just 7-27 in Big Ten play since the beginning of 2014, but optimism is high entering 2018 with their two toughest games (Ohio State, Wisconsin) coming at home this year. Northwestern owns the nation’s longest winning streak (eight) for a Power 5 Conference entering the year, but the health of quarterback Clayton Thorson is the biggest question. He is listed on the depth chart as QB1, but head coach Pat Fitzgerald won’t reveal whether he will start or not. The Wildcats are coming off a 10-win season, which culminated in a Music City Bowl victory over Kentucky, and will seek their third double-digit win total in four years.

Thorson threw for 2,844 yards, 15 touchdowns and 12 picks before tearing his ACL in the bowl game against Kentucky and will be backed up by walk-on T.J. Green, who is also listed as a starter for Thursday and is the son of former NFL QB Trent Green. Gone is 1,367-yard rusher and all-time Northwestern rushing leader Justin Jackson, so Jeremy Larkin will be asked to carry the load this season and is coming off a 510 yard season and 6.0 carry average. The defense returns seven starters including the top two leading tacklers in Paddy Fisher and Nate Hall. The Wildcats allowed just 20.1 points a game last season, which helped them to a 7-2 conference record including 8-1 ATS.

Blough and Sindelar are both coming off injuries and are expected to share snaps in the season opener Thursday. Blough started the 2017 season before suffering a season-ending ankle injury on November 4th. Sindelar stepped in and threw for 2,099 yards and 18 touchdowns despite playing the final three games with a torn ACL. Wide receiver Jackson Anthrop (47 receptions, 5 TD) is the leading returner with the departures of Anthony Mahoungou and Gregory Phillips, while Markell Jones is coming back for his senior year after leading the team in rushing (566 yards) for the third consecutive season. Linebacker Markus Bailey, who was second on the team with 89 tackles and a team-leading seven sacks last season, will lead a defense that returns just four starters.

With a completely healthy Thorson, Northwestern probably wins this game, but the uncertainty at the position worries me in Week 1. There’s a lot of exciting in West Lafayette, and what better way to start off the 2018 season with a conference victory.