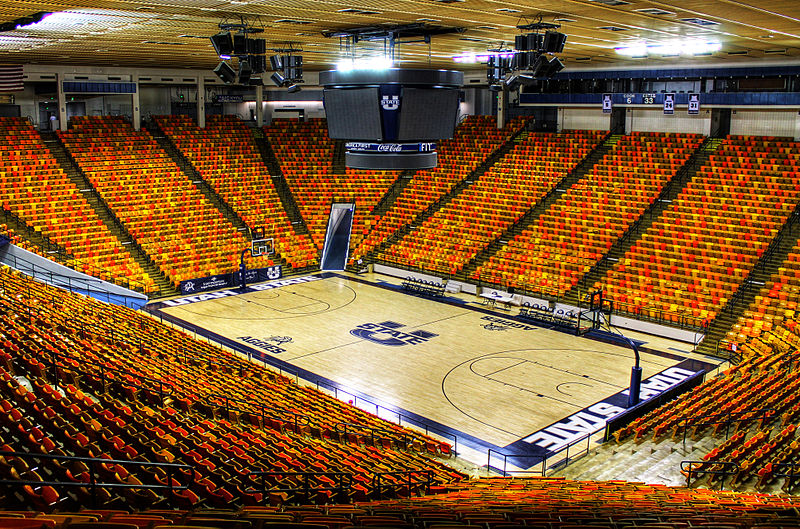 The Nevada Wolf Pack have had a terrific season thus far, ranked 13th in the country and have just two losses. But, they still have one more obstacle to overcome before becoming Mountain West Conference regular season champs. The Utah State Aggies stand in their way with first place on the line Saturday night in front of a raucous crowd in Logan. A win by the Wolf Pack would clinch at least a tie for the conference title and a No. 1 seed in the Mountain West tournament in Las Vegas, but the Aggies would overtake Nevada if victorious. The Wolf Pack’s 26-2 record is the best after 28 games in school history and is just three wins away from matching the school record for wins in a season at 29. Nevada is coming off back-to-back home wins over Fresno State and UNLV after dropping a 65-57 decision at San Diego State on February 20th. Utah State has won five-straight including a 70-54 win over the Aztecs to improve to 13-1 at home this season. The first meeting between these teams was all Nevada back on January 2nd – a 72-49 blowout.

Nevada has not had much success in Logan over the years, going just 5-19 all-time, but have won two of the last three games there. Jordan Caroline recorded one of his 16 double-doubles this season in the first meeting with Utah State when he scored 15 points and grabbed 12 rebounds in the easy victory. Caleb Martin leads the team in scoring at 19.4 per game followed by Caroline (18.4), while Caleb’s twin brother Cody is averaging 11.2 points per contest. Cody Martin also leads the Mountain West at 5.3 assists per game including six against Utah State earlier this year.

Junior guard Sam Merrill leads the Aggies in scoring (20.2) and had 19 points versus San Diego State but was just 1-of-9 from three-point land and was limited to 16 points against Nevada in the first meeting. The Aggies snapped a 12 game losing streak to San Diego State on Tuesday with an impressive showing on defense (San Diego State 35 percent shooting) and on the glass (44-30 rebounding edge). Forward Quinn Taylor led the way with 13 points, 11 rebounds and four assists. Freshman Neemias Queta averages 11.6 points a game and a team-high 8.9 rebounds and is a force on defense.

This should be an exciting game in Logan and I expect the teams to go back and forth. Nevada’s experience will ultimately prevail behind Caroline and the Martin brothers. Utah State is great at home, but the Wolf Pack have won two of the last three trips there and won’t be intimidated.