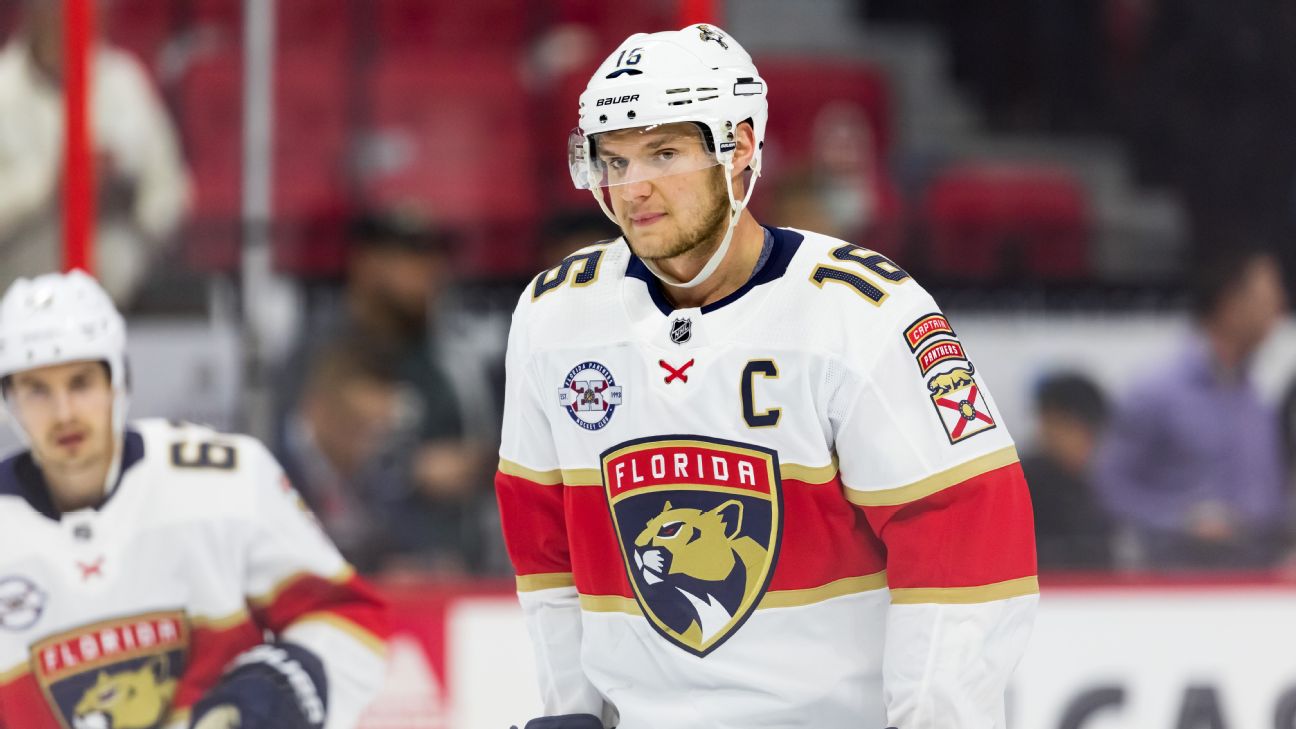 The top three teams in each division make the postseason and the battle for third place in the NHL’s Atlantic Division is going to come down to the wire. The Boston Bruins and Tampa Bay Lightning are battling for first and second, while Toronto and Florida are a distant third and fourth and will meet on the ice Thursday night in a critical contest. The teams are very similar in that the Maple Leafs have scored 224 goals and allowed 113, while the Panthers have scored just five less goals and surrendered the same as Toronto. The Leafs have a two-point lead, but have played one more game than Florida, and what makes this more pivotal, is that the Metropolitan Division has a strangle-hold on the two wild card spots. Florida made an interesting trade before Monday’s deadline in sending forward Vincent Trocheck to Carolina for Erik Haula, Lucas Wallmark and two prospects. Trocheck, just 26, had 31 goals and 44 assists in 2017-18 but just 10 goals and 26 assists this year and the trade made a point that nobody in the locker room is safe. The Leafs were pretty quiet at the deadline other than re-acquiring defenseman Calle Rosen from the Colorado Avalanche for goaltender Michael Hutchinson. The Panthers are 2-0 vs. the Leafs this season, winning 8-4 in south Florida on Jan. 12 and 5-3 at Scotiabank Arena on Feb. 3. Zach Hyman (1G, 3A) and Mitch Marner (2G, 2A) lead Toronto with four points each in the series, while Mike Hoffman (3G, 1A), Mark Pysyk (3G, 1A) and Michael Matheson (1G, 3A) also have four points each for the Panthers. The home team is 13-3 in the past 16 meetings and the Over is 6-1 in the previous seven.

Toronto stayed ahead of Florida in the standings by getting a 4-3 upset win at red-hot Tampa Bay on Tuesday. John Tavares had two goals and is up to 26 on the season, while William Nylander netted his 28th. Jake Muzzin scored his sixth, but did injure his hand in the second period blocking a shot and could miss up to four weeks. The blueline is already missing Morgan Rielly (foot) and Cody Ceci (ankle). The Leafs were outshot 29-23, outhit 33-20 and were beaten in the faceoff circle Tuesday but were 2-for-4 with the man advantage and killed off all three Lightning power plays. Auston Matthews had an assist Tuesday and leads the team with 74 points. The Maple Leafs will host the Vancouver Canucks on Saturday before heading West for three games.

Florida also got a big two points Tuesday, snapping a two-game skid with a 2-1 win at the Arizona Coyotes to conclude a five-game road trip. Sergei Bobrovsky improved to 11-3-2 versus the Western Conference by stopping 37 shots, but is just 12-15-3 against the East. Hoffman had a power-play goal and an assist give him at least a point in five straight contests. Wallmark and Haula both were scoreless in their Panthers debut. Hoffman is tied with right wing Evgenii Dadonov for the team lead with 25 goals while left wing Jonathan Huberdeau had an assist Tuesday to boost his team-leading total to 77 points. Defenseman Mike Matheson logged 14 minutes, 29 seconds of ice time Tuesday after missing three games because of illness. The Panthers continue their five-game homestand on Saturday versus the Chicago Blackhawks.

These are two high-scoring teams that can’t play a lick of defense, but this total of seven is a little too high. This is a critical game and I can see the defenses clamping down a bit here. I’m looking for a 3-2 contest.