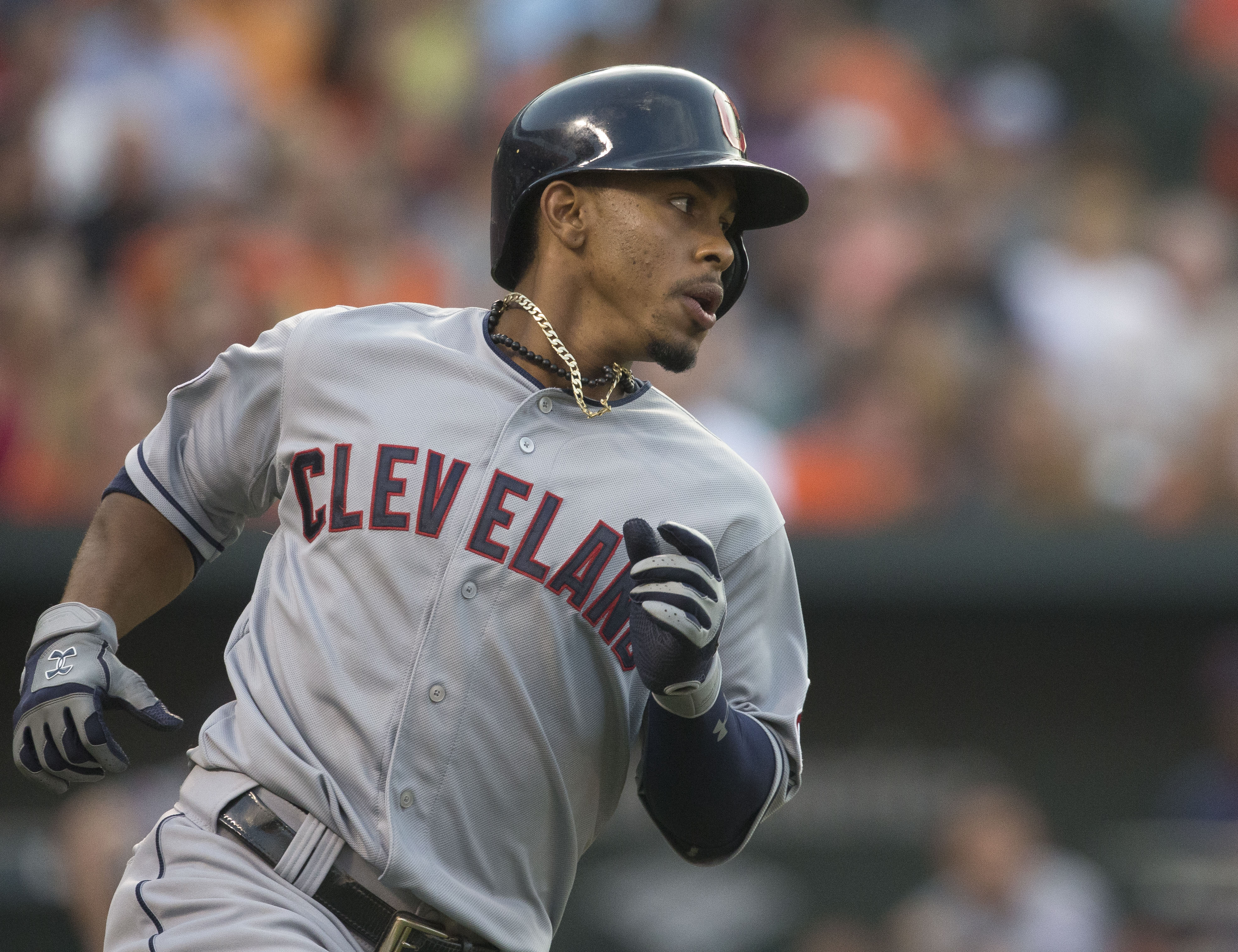 The red-hot Cleveland Indians will look for the series win over a struggling Baltimore Orioles when they meet in the finale of a four-game set on Thursday night. Leading the surge for Cleveland has been the sizzling hitting of Jose Ramirez, who is the reigning AL Player of the Week. He recorded a pair of singles in Wednesday’s 5-1 victory, improving to 23-for-42 with three homers, seven RBIs and 12 runs scored during his nine-straight multi-hit efforts. Ramirez is now tied with Tris Speaker (1920), Riggs Stephenson (1924) and Roy Hughes (1936) for the franchise record of consecutive multi-hit games. He is 7-for-15 with three runs scored in the series, but 0-for-3 against Thursday starter Wade Miley. Pitching has been a cause for concern in Baltimore, which has surrendered at least five runs in 18 consecutive games – two shy of the major league mark set by Philadelphia in 1924. The Orioles have dropped 10 of their last 14 overall to drop under .500, although Adam Jones is 4-for-11 in the series and has hit safely in five straight games and nine of his last 10. Cleveland will be going for their eighth win in nine games. Francisco Lindor has broken out of an 0-for-11 skid with back-to-back two RBI performances for the Tribe.

Mike Clevinger will once again be recalled from Triple-A Columbus to make the start on Thursday. He is coming off a four-inning stint in a doubleheader at Minnesota on Saturday in which he allowed one run on two hits in a no-decision versus the Twins. Clevinger didn’t fare well in his last outing versus Baltimore, allowing four runs on as many hits with three walks in four innings of a no-decision in May of 2016.

Miley will look to turn the fortunes of the entire rotation around on Thursday including his own. He has surrendered six runs on as many hits in consecutive outings, but was able to walk away with the victory on Saturday after laboring through 5.2 innings of a 15-7 victory versus St. Louis. Miley allowed two homers and walked four against the Cardinals, marking the third time in the last eight outings that he has issued that many free passes.

I can not take a team that gives up five runs every game for 3 weeks. Cleveland is on a roll right now and the line is very generous. Take it and don’t look back. We also have a prediction in tonight’s Cubs/Marlins game.