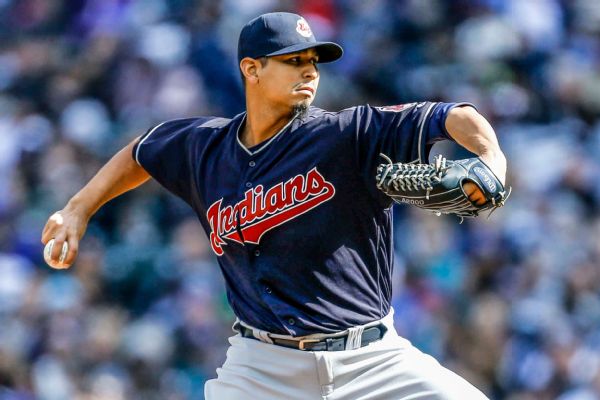 The race for the postseason is heating up and it’s important not to go on a long losing streak at this point in the season. Well, the Cleveland Indians better snap out of it, because they are falling down the standings with losses in six straight games. Cleveland was neck-and-neck with the Minnesota Twins and Chicago White Sox in the American League Central, but they now find themselves 4.5 games back entering Monday’s action. The problem all season long has been the offense, which ranks 27th in both runs scored (4.02) and OPS (.680), but the pitching has kept them in it. The Indians are either first or second in ERA, WHIP, strikeouts and quality starts. Another quality start is what the Chicago Cubs will be looking for tonight against Cleveland when Yu Darvish takes the hill. Chicago has distanced themselves from the rest of the NL Central pack and are 5-2 in their last seven games. The Cubs took two of three from the Milwaukee Brewers over the weekend including a 12-0 win on Sunday, as Alec Mills threw a no-hitter.

Carrasco has been getting stronger as the season progresses and Cleveland will need another strong out from him. His record is just 2-4 because he simply doesn’t get any run support. Carrasco has surrendered just two runs over his last three starts covering 19 innings, but the Indians are just 1-2 in that span. His only start against the Cubs came on August 12th when he allowed three runs and five walks in 4.1 innings of a 7-2 loss.

Darvish had a tough-luck loss on Wednesday after allowing a three-run homer in the first inning of a 3-0 loss to the Cincinnati Reds. He allowed nothing after that and struck out nine in six innings. Darvish has not faced the Indians since the 2017 season while he was with Texas.

This should be a terrific pitching matchup here with Carrasco and Darvish having strong seasons. Cleveland simply doesn’t score enough runs and they are slumping badly. Chicago’s offense hasn’t been great but they’ve had a couple of big outbursts lately including 12 runs on Sunday. I’ll take the Cubs.